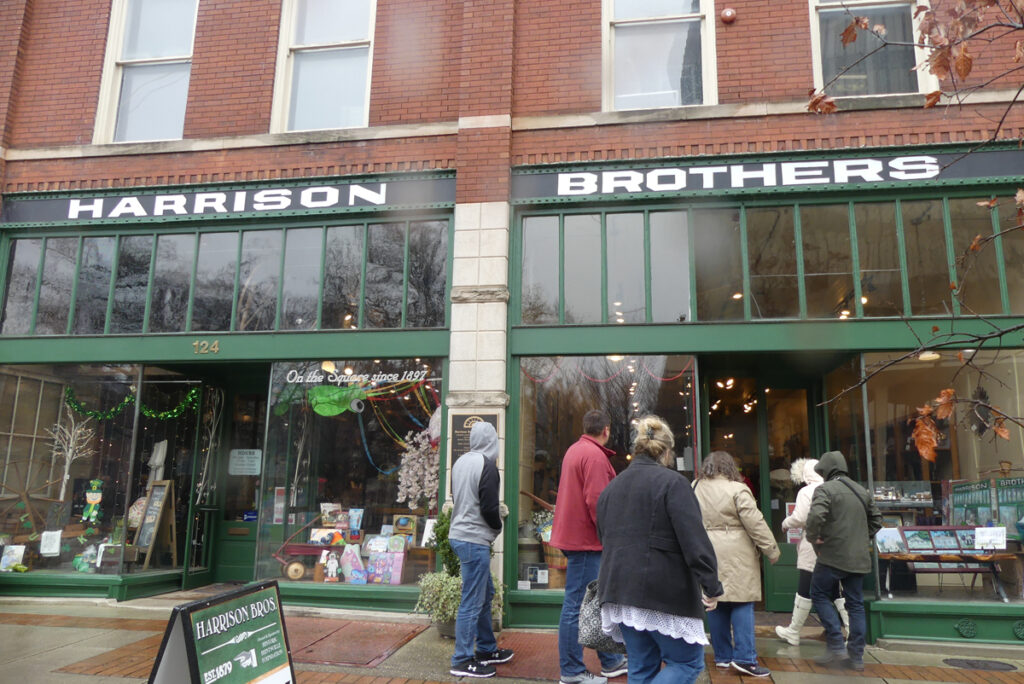 The world knows Huntsville, Alabama as Rocket City. Sure, it’s fun to visit the Space and Rocket Center, but there is another older part of Huntsville that is well worth a visit. You can step back to the place where Alabama first became a state; its constitution was ratified in Huntsville.

Alabama’s Constitutional Convention was held in 1819 to admit Alabama to the union as the twenty-second state. The delegates met in a simple two-story cabinet shop because that was the only building in Huntsville that could seat the 44 delegates. In 1968, to prepare for the state’s 150th anniversary, the state began to research and discovered the location and foundation of the original building. By May 1982, the Museum Village at Constitution Hall Park opened to the public. The original cabinet shop was an exact replica of what it would have been when it was Alabama’s Constitution Hall.

The building is heated by a massive stone fireplace downstairs in the main part of the hall, although in August, when the delegates ratified the constitution here, there would have been no use for a fireplace. The woodworking tools are in place as they would have been then. Our docent showed us how some of the old saws were ingeniously powered with levers and ropes. Old wooden mallets, handsaws, and a wooden plane are reminders of life before power tools.

There are three other main buildings in the park. The Clay Building is a two-story red brick building that was the law office of Clement Comer Clay, a prominent politician and later Alabama’s governor and U.S. senator. Huntsville‘s Post Office and the office of the Federal Land Surveyor’s team were upstairs. There are still artifacts from the post office and surveying equipment used by John Coffee, surveyor general for Northern Mississippi and Alabama territories, and his men.

The Boardman Complex is where the Alabama Republican, one of the earliest newspapers in the Alabama Territory, was printed. The residence of Madison County’s first sheriff, Stephen Neal, was moved to the site. You can take a 90-minute tour through the historic buildings that display Huntsville as it moved from territory to statehood.

While you are stepping into the year 1819, you can drop in and visit the famous artist and poet, Howard Weeden. She (yes, Howard was a female), lived in the oldest home built in Huntsville in 1819. Her father, Dr. William Weeden, bought the house in 1845 and the family lived in it until 1956 except for a short period during the Civil War when it was occupied by union troops. Maria Howard Weeden was born there several months after her father died. Throughout her life, she was always called Howard.

Howard showed an interest in painting from a young age and after the war, when the family experienced hard times, she began painting and selling small items, mainly watercolors of flowers and landscapes. She is most famous for her later painting of former slaves. Many of her paintings are on display in the home.

The home is furnished as it would have been at the turn of the 20th century. It’s a two-story brick federal-style home. There is a cantilevered staircase when you first enter the front door. The woodwork detail is extremely impressive. Our guide, Gina, the house museum director, pointed out that each carved panel on the staircase is hand carved.

In her later years, Howard probably shopped in the Harrison brother’s hardware store that brothers James B. and Daniel T. Harrison opened in 1897. It remained in the Harrison family until the death of John Harrison in 1983. Historic Huntsville Foundation bought the store from Harrison family heirs to preserve a unique place in Huntsville‘s history. The store stocks items like pottery, housewares, toys, and arts and craft items. It’s a great place to find that unique souvenir. The old elevator used to bring heavy items into the store and the wooden wall phone really takes you back a long way. There are family pictures and items from the original store there, including the 1907 cash register bought by James and Daniel. It still works and will ring up your purchase.

You can visit Huntsville’s Historic Depot for a glimpse of life on the railroad in the 1860s. There is a model train exhibit showing how it would have looked during the Civil War. There is a lot of graffiti left by soldiers passing through the depot during the Civil War. Take a ride on the mini-train and view the restored engines and trains, automobiles, and fire engine.

If you think being eco-friendly is a new trend, pay a visit to Burritt on the Mountain. Dr. William Burritt was a homeopathic physician. After his first wife, Pearl, died, he became first a physician, and then married wealthy Missouri tobacco heiress, Josephine Drummond, in 1899. They moved to her hometown of Saint Louis. After her death in 1933, he moved back to Huntsville and built his retirement home on Round Top Mountain. He built the house in the shape of a Maltese Cross to get cross ventilation and great mountaintop views. Workers must have thought him odd as he ordered straw stuffed inside the walls and ceiling for insulation. He used recycled material in the home. He had only a cold shower in the basement, believing hot showers were unhealthy. He maintained a farm with dairy goats and vegetables on the property. When he married his third wife, a much younger woman, the house didn’t suit her. Rumors said she divorced him over that cold shower down the back steep steps.

When Burritt died in 1955, he left the mansion and its 167 acres to the city of Huntsville. It became the city’s first museum and is still one of its most popular attractions. You can tour his home and the grounds, now a historic park. The home is furnished with luxurious antiques, many Greek statues, and gorgeous fireplaces.

The Historic Park has many restored farm buildings and old cabins showcasing 19th-century rural life in Alabama. The Joel Eddins House, a two-story log home, built between 1808 and 1810, is believed to be the oldest in Alabama. It was moved to the park from Ardmore in Limestone County. There are five other houses on the grounds. You’ll see a “dogtrot” and a “saddleback” house, a church, a barn, and an old school, as well as lots of farm animals. Docents around the property reenact activities of 19th-century rural life.

Huntsville is a city with one foot in the future and one in the past.