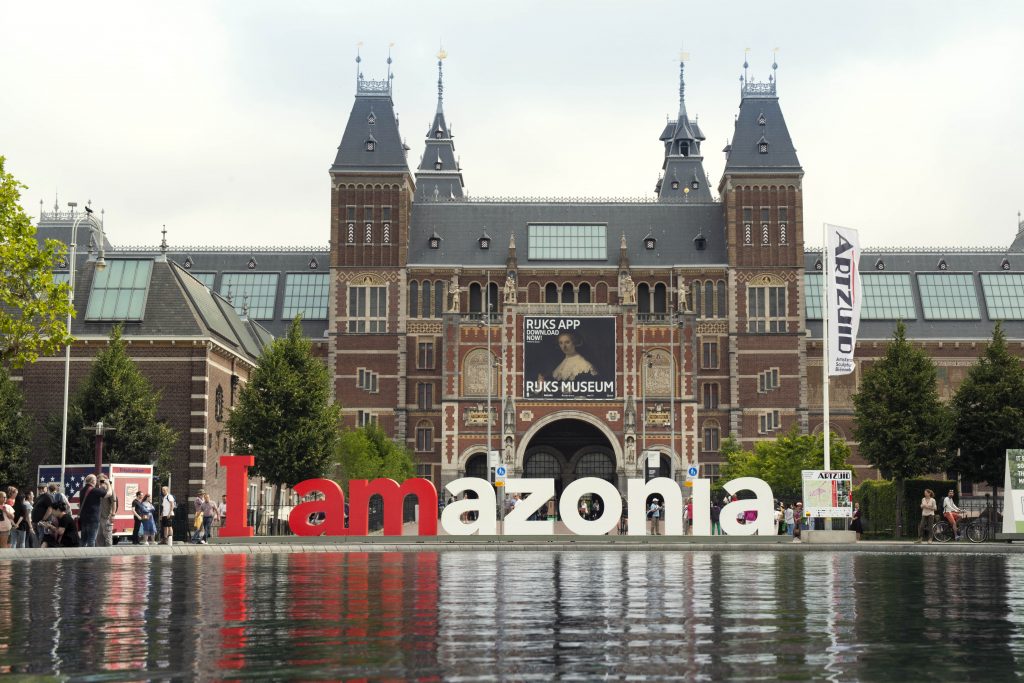 Amsterdam is a city with many recognizable features like winding canals and famous historic buildings such as the Anne Frank House. It’s also one of the world’s most bikeable places, and it’s renowned for its cafe and coffee house culture. But in December 2018, Amsterdam lost one of its most iconic symbols – the I amsterdam sign.

For many travelers, the I amsterdam sign is the ultimate Instagram photo opportunity. Located outside the Rijksmuseum in Museumplein, it was one of the city’s hottest selfie spots, with an estimated 6,000 selfies taken in front of it every day. While this might have seemed to be a great thing for the city, a lot of locals didn’t agree. Initially installed in 2004 as part of the city’s marketing campaign aimed at celebrating the diversity of Amsterdam’s citizens, in recent years the sign seemed to take on new meaning. Rather than being a symbol of inclusion, some Amsterdammers felt the sign had come to represent mass tourism and all the negative consequences that come with it. Consequences such as overcrowding and littering, as well as travelers’ lack of respect towards locals, thus undermining of the soul of a city. Many people felt that tourists were far more interested in taking pictures of the sign rather than visiting the Rijksmuseum and its stunning collections. It was a point of dismay for Amsterdammers.

The decision to take the sign down came following a petition by city councilor Femke Roosma, a member of left-wing political party GroenLinks. The petition stated that the sign was giving out the wrong message regarding the city’s values. At the time, Roosma said, “This slogan reduces the city to a background in a marketing story. Amsterdammers want to regain their grip on the city.” While some of the locals were happy to see it go, around 66 percent of the people living in Amsterdam and many travelers around the globe took to social media to decry the move. Despite the online backlash, the letters were not brought back; however, the local council promised that the letters were being stored for renovations and that they would be back once a more suitable location was found.

Fast forward to June 26th of this year, tourists and locals who happened to be in Museumplein were surprised to see the giant red and white letters being rolled back into the square. But this time, the sign did not spell out I amsterdam; instead, the letters were revealed to say I amazonia. Why this particular phrase in the middle of the Dutch capital? What possible link could there be between Amsterdam and the Amazon rainforest?

As it turned out, the sign was part of the Greenpeace campaign ‘All Eyes on the Amazon,’ which aims to raise awareness around the destruction of the Amazon rainforest. Sigrid Peters, a Forest and Biodiversity Campaigner at Greenpeace Netherlands, had this to say when the sign was erected:

“It’s only when something is gone that we realize how much we miss it. Our capital city’s iconic ‘I amsterdam’ sign, set in front of the Rijksmuseum, drew the admiration and camera lenses of millions of people worldwide. By bringing it back in an altered state as ‘I Amazonia,’ Greenpeace not only calls for the urgent protection of the largest remaining rainforest in the world, but also sends a strong message of solidarity to the indigenous people and traditional communities who are protecting the Amazon against deforestation.”

Peters made an excellent point; when we lose things we have taken for granted, we realize how much we miss them. Just as people missed the I amsterdam sign once it was removed, if the Amazon rainforest continues to be destroyed at the current rate– approximately 8,000 square kilometers every year– we will miss it too. The difference is, the effects of the deforestation of the Amazon rainforest will be far, far greater than those caused by the removal of a red and white sign in front of a museum. After all, the rainforest hasn’t gained the nickname ‘the lungs of the Earth’ for no reason.

Questions Raised by the Signs

The discussion around the signs has raised another interesting point; the sign’s removal prompted strong feelings in travelers and residents, but the destruction of the Amazon doesn’t seem to inspire half as much emotion. Is this because people see its effects as something that will happen in the distant future? Possibly, although most of us have already noticed changes in our climate, proof that whatever is happening has already started. Is it because the human brain isn’t equipped to deal with a problem of such magnitude? Or is it simply because, for the vast majority of us, the Amazon is so far away?

Whatever the reasons, I hope Greenpeace’s campaign gains traction and educates people not only about the immediate effects of deforestation, such as loss of habitat for wildlife and indigenous peoples, but also the impact it will have on the planet. This campaign couldn’t have come at a better time. The Brazilian President Jair Bolsonaro is said to be planning to open the Amazon up for exploitation of its resources, which could have disastrous consequences. Unlike the I amsterdam sign, which people soon got used to not having around, the Amazon rainforest is a world landmark that we need to keep for the sake of the planet and ourselves.