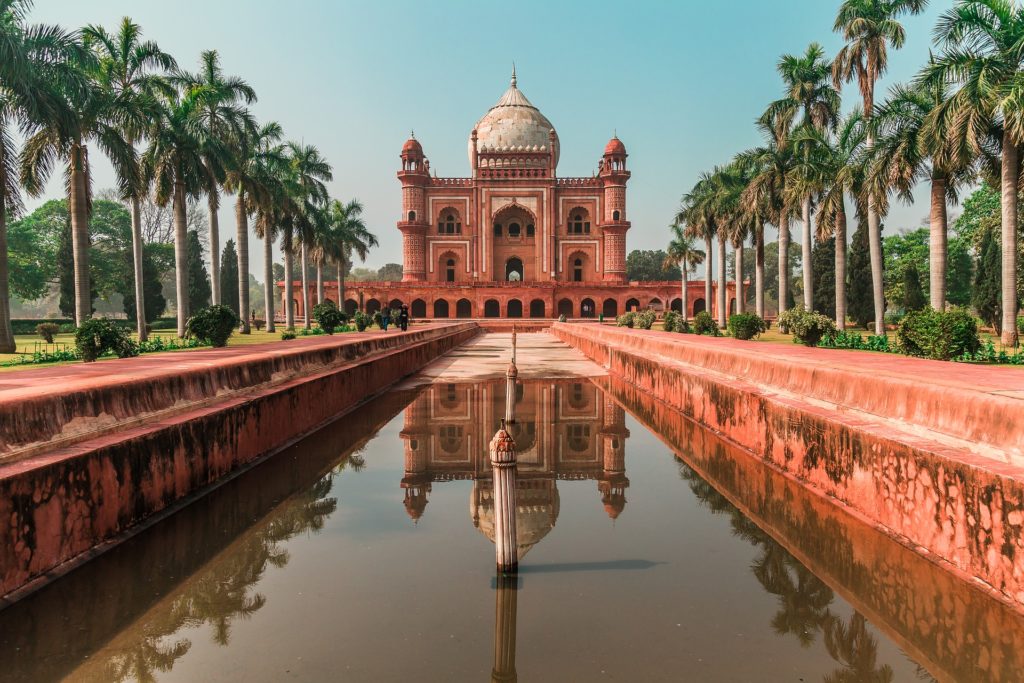 Having traveled to India a couple of years ago for a speaking engagement I had I was immediately struck by how vast the country is–so vast that it might take the better part of a lifetime to see it. Ask any traveler. They’ll tell you the same and locals would likely concur.

So how would one go about getting a good taste of what India has to offer?

Perhaps the easiest way to see and experience as much of India in a short time frame would be to travel one of the tourist circuits. Depending on where you’d like to go the Nilgiris circuit has Bangalore, Mysore, and Ooty. The Himachal circuit has all the scenic cities of Himachal Pradesh in the western Himalayas. However, the most popular circuit amongst foreign tourists is the Golden Triangle, comprising Delhi, Jaipur, and Agra.

These three are default locations in the itinerary of almost every tourist who lands in India. Together, they give people an abridged idea of the history, culture, food, and diversity of North India. One can say that these three cities combined are a crash course to understanding India above the Tropic Of Cancer.

Let’s look at these cities one by one:

Delhi is the country’s capital. People from all over North India come here looking for jobs and a better life. Some stay for the rest of their lives, while some give the city their best years, save up for retirement, and then go back to their native towns.

Delhi alone has so much to offer in history and architecture that it would take weeks to cover. We’ll list out some of the must-see spots for you. Be aware that Delhi has been battling air pollution for years now. Therefore while traveling, try to use as little plastic as possible and reduce your carbon footprint. Delhi needs travelers who travel sustainably more than any other city in the world.

The foundation of Delhi dates back to 700 BC. It rose to prominence as the capital during the Delhi Sultanate. That’s when Qutb-ud-din-Aybak started construction of the Qutub Minar, one of the must-see spots in Delhi. It remained the capital city throughout the Delhi Sultanate era and across all the dynasties, except for a period when Babar changed the capital to Agra, which is also a part of the golden triangle.

After visiting Delhi, you might feel that you’ve missed out on quite a few sights. Delhi has so much to offer that segregating the must-see spots from the others is a difficult task. Here, we’re listing Delhi’s unique offerings that you won’t find anywhere else in the world.

One of the few modern architectural marvels in India, Lotus Temple is India‘s Bahai House of Worship. What makes Lotus Temple unique is the fact that, in a country where the majority of the population is Hindu and the dominant minority is Muslims, the most visited religious structure in the city is not affiliated to either of them.

This fort‘s history can be a course in itself. The inhabitation of the place dates back to the Pre-Mauryan Period (332 BC). Humayun started building the current structure, and it continued under Sher Shah Suri when he ruled Delhi for a short while after defeating Humayun. The fort encompasses a bath house, a mosque, and the famous library where Humayun fell off the stairs and passed away.

One of the finest examples of Islamic architecture, this one is also a UNESCO World Heritage Site. Just stepping inside the premises is like entering a time machine that fills you with melancholy and nostalgia.

Delhi is a melting pot of different cultures and demographics in India. You’ll find all kinds of people and places here. You’ll get to see the posh markets of South Extension and the flea markets of Sarojini Nagar too. There are fine-dining restaurants, and there is Chandi Chowk which is a haven of street food. The new city has high-rises and boulevards, while the old parts have small lanes, shanties, huts, and clusters of houses. Some countries in Europe are smaller, less populated, and less diverse than Delhi.

Jaipur is the capital of Rajasthan and another metropolis in the making. The population here is much less diverse than Delhi’s, but the city offers a sneak peek into the Rajput lifestyle and the history of Rajasthan. The principal attractions are:

This is one of six forts in Rajasthan that are UNESCO World Heritage Sites. It houses a magnificent palace with four courtyards, and overlooks the Maota Lake and Kesar Kyari (Saffron Garden). There is so much to see inside, such as tunnels, temples, and exquisitely carved gates, that you’ll have to keep at least half a day aside just for this.

This spot is almost synonymous with the Pink City (another name for Jaipur). Whenever an Indian thinks of Jaipur, Hawa Mahal is the first thing that comes to mind. The 953 windows decorated with intricate latticework keep the palace ventilated and pleasantly cool, even during the harshest Rajasthan summers. Many people mistake the backside of the Mahal, which faces the street, as the front, so don’t get confused.

This palace is still the residence of the descendants of the royal family of Jaipur. It is home to several public buildings, restaurants, galleries, and also a museum. If you want to understand the history and heritage of Jaipur in one go, this is a place you should explore thoroughly.

The old town (Pink City) will make you feel that you’re in medieval times. It features old shops, preserved to the best possible extent, handicraft markets, lip-smacking street food, and one of the most hospitable local populations you’ll ever come across.

The city of Agra is home to the Taj Mahal. Do I need to say more to convince you to visit it?

Agra was the capital city of the Mughal Rule from Babar till Jahangir. Shah Jahan made Delhi the capital after he took over the throne. Mughals developed the place extensively, and most of what we see in Agra today was created by the Mughals. It is also home to Fatehpur Sikri, the interim capital of the Mughal Empire during Akbar’s reign.

Other notable attractions are Agra Fort, Itmad-ud-daulah’s Tomb, and Akbar’s Tomb. While you’re there, you must also visit the Sheroes Cafe. It’s a one-of-a-kind cafe, run by acid attack survivors.

Agra is the ultimate reservoir of the Mughal Legacy. Take a stroll on any lane, and you’ll come across a piece of this heritage.

By far, my trip to India was one of the most transformational journeys I’ve taken and I can’t wait to return and explore some of the coastline and southern cities.