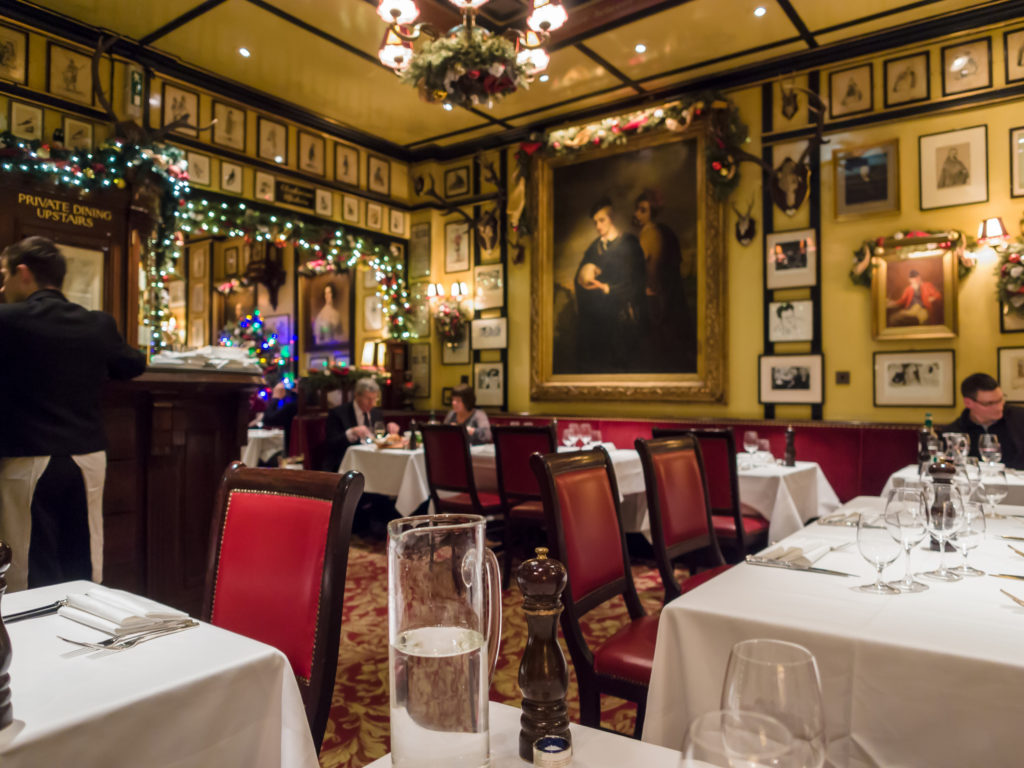 The Olympic Games are over and the vibrant city of London has returned to its daily routine with its awesome atmosphere. What will definitely be remembered from London are the feats of Usain Bolt and his undefeated team, Michael Phelps as most decorated Olympian, USA’s flying female foursome, Chris Hoy with his amazing cycling win, the “Comaneci” moment of Epke Zonderland, Chinese success with the 16-year old, Ye Shiwen, one of the Asian nation’s biggest stars, Stephen Kiprotich, a great champion long-distance runner and many more. As Oprah said, “there were so many “Aha” moments during these Olympic Games, the list could go on for hours”. But what struck me the most is how London has changed, especially when it comes to cuisine.

The benefits of travelling earlier in your childhood is that you have the chance and opportunity to visit many countries early on and you get the experience of the before and after picture. Growing up I never thought of London as a culinary spot. Ten years ago, even way back when I was 11 years old, Soho was the place to be if you wanted to enjoy proper food and taste worldwide cuisine. I knew London as a shopping city with a great range of designers but then changes started taking place. It is really amazing to analyze London years ago, a London with a small variety of cuisine, when immigration was in its early stages. . I remember asking myself if there was any way to be creative with food because I got bored. But in most social classes, English was the dominant culture and it was hard to experience other food or I guess even think outside the box.

Then suddenly, waves of immigration started giving London some color and now more than 30 different cultures live together in this multicultural city. You can listen to Indian music on the radio in the North-western suburbs of Southall, many shops sell hand-embroidered saris and the smell of curry spices can give you the feeling that you are already in Bombay. This is the only place in London where public transport signs are in English and Punjabi. Within fourteen years, I saw London reshape its identity, adapt to new cultures, accept the new multicultural society and make room for new development. And now here we are, years later seeing London as a culinary destination and competing with cities like Paris, Barcelona, Denver and Milan to take 1st place worldwide in cuisine. Now London has the best chefs and cooks in the World and we are learning every day from them. It is really amazing how the majority of cultures in the world have settled in London. This type of positive change lights my life and reminds me how amazing sometimes we humans can be. When enjoying the culinary scene in London you must take some time to explore the bars in London and the variety of new libations they have to offer.

Marie-Noelle Anaella is a creative thinker who was born in Gabon, raised in China and is now based in the Netherlands where she spends her days merging work and volunteer activities across Africa.  She is a ”Third Culture Kid” and global citizen and these experiences have changed her view of the world and has taken her to a place with deeper meanings of life.  Read more about Marie-Noelle and her travel and life journeys at her site Marie Blogging.