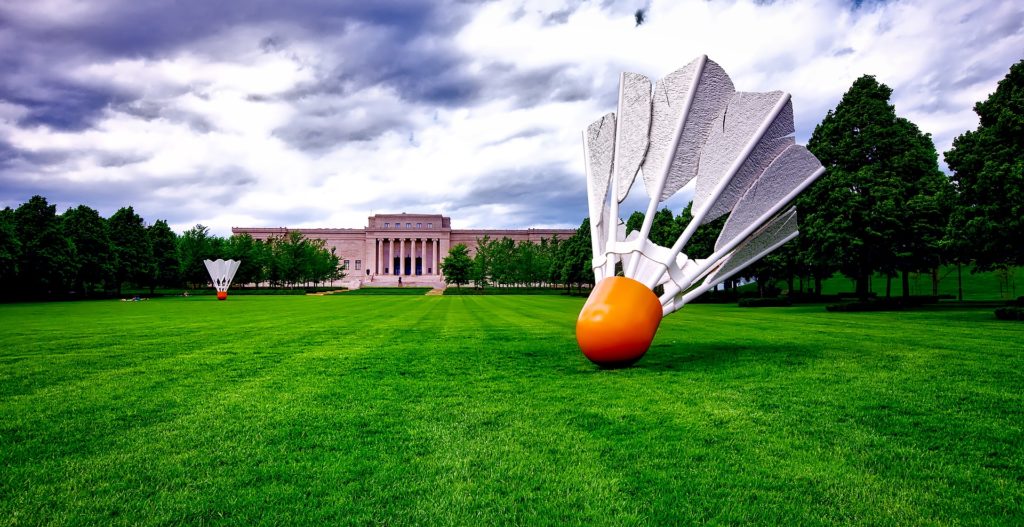 Kansas City, founded in 1838 (the Missouri side), is a city that has a full and rich history for being in the mellow Mid-West region of the United States. On a walk through the city you will hear stories about trappers, Indian tribes, Civil War, Mobsters, Jazz, and so much more.  So, let’s begin a virtual walk down the history of the Kansas City Metropolitan area. On the way, you will even discover some must-see places in this vibrant city.

The first person to explore the area was a Frenchman on the run from authorities in the early 1700’s. His name was Étienne de Veniard, Sieur de Bourgmont and his wife was Native American. Bourgmont fled to the area that will become Kansas City after abandoning his command post at Fort Detroit following an attack by Native Americans. He documented his travels on the Missouri and Platte rivers in North America and made the first European maps of these areas.

Perhaps not French, but explorers nonetheless, Lewis and Clark’s famous expedition had a hand in the settling of the future Kansas City after they stayed three days in the area. They reported how perfect it would be for a fort.  Word got back to the U.S. government and soon the area’s first official settlement was established in 1808 – Fort Osage.  The Fort was used to protect the US claim of the Louisiana purchase against the French and Spanish.  It also served as a trading post with the Osage Tribe.  Parts of the Fort still stands and is available to view.

The Kansas City area had an explosion of events from the 1800’s to the early 1900’s.  The city became official when it was incorporated in 1853.  The founder of the Latter Day Saint movement, Joseph Smith III, established the Mormon headquarters within the recently established Metropolitan area of the city (Independence, MO).    At the time, Missouri was considered a slave state, but never succeeded from the union. Kansas City was in constant turmoil during the civil war due to the mix of abolitionists and pro-slavery settlers from the south.  It was also during this time that the famous outlaw Jesse James moved between several hideouts in the area.  His robberies became so infamous that today there is a plaque on a bank marking the first daylight bank robbery led by Jesse James.

The Days of Prohibition, Mobsters, and Jazz

Although there was a national prohibition against liquor, Kansas City, MO never seemed to notice. Big city officials with their federal prosecutors on payroll saw that the bars and taverns stayed open with a constant flow of libations. This also meant that Kansas City was the perfect place for mob families to move their underground liquor shipments around. They were less likely to be noticed or stopped.   Unfortunately, there was plenty of mob violence in the city as well. One particular bloody event was the Union Street Massacre where the infamous gangster Frank Nash and four FBI agents were killed in a gun battle. There is a guided tour where visitors can learn all about this event and see the place it happened – there are even still bullet holes in Union Station.

On the upside, Kansas City Jazz was born and rivaled that of the New Orleans style. This soulful music poured out of many hot sports throughout the city. Kansas City’s Jazz scene birthed the jam sessions of today where musicians gather after a gig and play freely together. They did so all over the city and one such place was the Mutual Musicians Foundation and is still open today to visitors.   In all, Kansas City will capture your imagination with the many museums, tours, and hot spots – not to mention the bevvy of eateries and of course, the famous Kansas City Bar-B-Que joints. Many have come to the city as tourists, but returned as permanent residents. There is just something that draws you in and stays in your mind an in your heart.