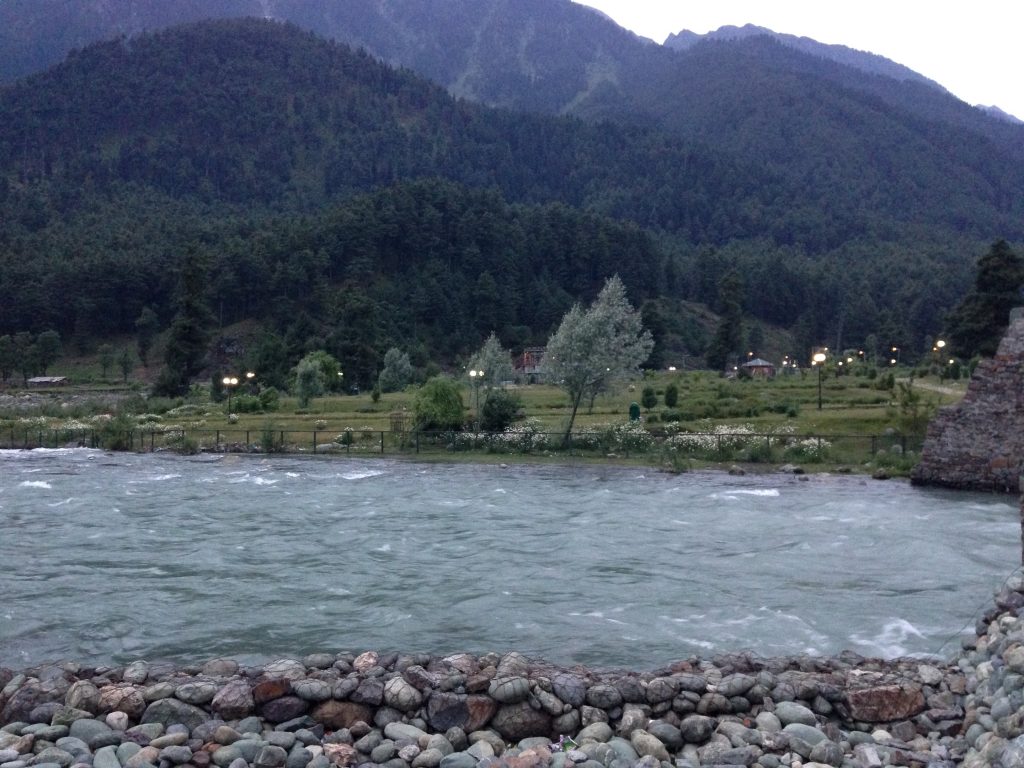 As our plane neared Srinagar airport, the sun broke through the clouds. I hungrily gazed out the window at a landscape I had last seen 25 years ago, the bright sun illuminating a brilliant mountain peak capped with dazzling white snow.

Kashmir — at least the part that India controls — meant lush valleys with freshwater lakes, grass and pine-covered hills, and the towering but protective circle of the Himalayan mountain range. The region had always been a special place for me while growing up. I had heard stories from my parents and seen in many Bollywood movies its natural beauty and bounty.

It was India’s Switzerland, maybe a touch more primitive. It was the place where you ate white cherries and other exotic fruits which just happened to be sweeter in the fresh mountain air. Where walnuts, almonds, and apricots were available by the sackful to snack on, not parsed out in ones and twos because they were so expensive. In Kashmir, one marvels at the exotic species and variety of flora. It’s where lilies grow in every imaginable color, their stalk a proud four feet high, covered in huge blossoms. The roses here are bigger, brighter, more colorful, and sweeter smelling than anywhere else.

On the drive to the hotel, I look out at the vistas around me to find out if things have changed in the past two decades. There are the Dal Lake and the shikaras that transport people from the roadside to the houseboats in which they are staying on the lake. The shikaras are eye-catching with their brightly painted exteriors. They are long boats curved at both ends, with bold print cloth canopies forming a protective roof over the boat. Under the canopies are four-foot-long mattresses in vivid pink, purple, red, sunny yellow, or pristine white. The mattresses are bolstered by cushions and the passengers relax with their feet stretched out and backs resting on the cushioned headboards. To me, it was always the height of romance to be gliding around in a shikara under a pale blue sky studded with cottony white clouds, in the lap of the Himalayas. I recall what Emperor Jahangir, the 17th-century Mughal ruler of India had said of Kashmir: “If there is heaven on earth, it is here, it is here, it is here!”

Since the early 1990s, this paradise has endured political instability and terrorist troubles. For about 15 years there was hardly any tourism to Kashmir but since 2014, travelers have been returning to enjoy its unique beauty.

Traveling through Srinagar, it is apparent that Kashmir has kept pace with the rest of India into the 21st century. I am amazed at the number of showrooms selling two-wheelers. Billboards advertising higher college education are another common sight. Interestingly, apart from colleges situated in North Indian states like Punjab and Himachal Pradesh, some of the colleges are located beyond Eastern India, in Bangladesh — a different country! It seems to say that there is a total dearth of decent higher education opportunities in Kashmir. This could be one of the casualties of political instability and frequent terrorist skirmishes.

As we drive from the capital, Srinagar, to Pahalgam, small fields line both sides of the road. Some of them are saffron fields but I am not sure about the others, nor is our car driver, a local. But he was a former state-level cricketer and happily points out the many shops along the way selling cricket bats made from Kashmir willow. He tells us that the bats used in international cricket tournaments are made of English willow but the Kashmir willow is good for playing recreational cricket or at state-level tournaments and is definitely more affordable. Great Britain introduced cricket to its colonies and the game attracts millions of fans and huge advertising revenues in India, Australia, New Zealand, Bangladesh, Pakistan, Sri Lanka, and the West Indies.

Along the way, I notice uniformed army guards standing on either side of the road. The soldiers are not standing idly, they are standing at the ready position, ready for any eventuality. A terrorist attack from extremists can happen anytime — in broad daylight or the wee hours of the morning.

One reason for the extra police presence is that soon pilgrims will be coming to Pahalgam, which is the starting point for the annual Amarnath Yatra. Amarnath cave, situated at an altitude of 3,888 meters, is a Hindu shrine. Inside the 40-meter-high cave, a stalagmite is formed due to freezing water droplets that fall from the roof of the cave onto the floor, creating a natural lingam. Hindus consider the lingam to represent Lord Shiva, part of the holy trinity of Hinduism’s main deities. As the summer progresses it melts away, so there is only about a two-month window, starting mid-July, when the road to Amarnath is clear of snow and ice and before the lingam starts melting, for the pilgrims to pay their obeisance. Upwards of 500,000 pilgrims make the trek to this holy shrine each year.

At Pahalgam, we stay at the legendary Pahalgam Inn. The hotel’s wooden and brick building is situated along the Liddar River, surrounded by vistas of Himalayan peaks, and multi-hued wildflowers on the grassy slopes leading to the river. The hotel, which opened in 1931, has seen visits from many foreign dignitaries, politicians, film stars and has even been part of a Bollywood murder thriller.

Many of the staff have been serving there for decades with jobs handed down from fathers to sons. The service is exemplary, as Kashmir is known for its royal treatment of guests. The hotel tries to accommodate every whim and need of its guests.

As we entered the dining room that evening I stopped in my tracks. Until now Kashmir and even the hotel had lived up to my memories and I was thrilled to be back in this enchanted place. It held special memories because I truly believed it was the one place in India that was unique in every way: natural vistas, the way the local people dressed, art and handicrafts, and even the accommodations: houseboats, floating hotels on Srinagar‘s lakes, and the hospitality of the Kashmiris.

The hotel’s dining room was filled with families, adults talking loudly, children with their feet on chairs, engrossed in their devices or squabbling with each other. Demanding special treats like ice cream from the servers who were rushing around to fulfill the continuous flow of orders. The adults seemed to be worse. Some were even in pajamas, not bothering to dress for dinner; plates filled with food, loudly demanding hot bread from the servers, admonishing them in loud tones if the food was not exactly as they wanted! Not one table seemed mindful of guests at the other tables. To an outsider, someone who had lived in the United States for two decades now, it seemed like the Dads and Moms at each table were expected to be loud, demanding, and uncouth. A behavior that was justified just because they were rich enough to set their own rules of acceptable behavior.

I was quite saddened to see that although the adversities wrought by terrorism and dwindled tourism income had not changed Kashmir, its vistas, or the dignified demeanor of its people, what had corroded the atmosphere was the nouveau wealth flaunted by the hotel guests.

On an uplifting note, my visit to Kashmir showed that in spite of the continuous threat of terrorism and unrest, and lack of business investment for many years, the valley and its people were as beautiful and welcoming as ever. 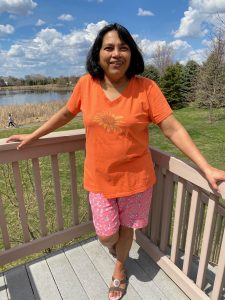 Manali Shah is a freelance writer who is always dreaming of her next trip. Traveling, watching Bollywood movies and reading murder mysteries are her favorite pastimes.

She lives in Minnesota and has been actively volunteering on several school district committees and other organizations in her city since 2004. Manali is a Board member of Woodbury Days–a three-day Fun Fair held in August every year–where she leads the event’s fundraising efforts and participants in it’s year-round planning.

Manali was a correspondent for Business India magazine and The Economic Times in Mumbai, India, from 1989 to 1994. She continued as a freelance business writer for some years when she moved to the USA, and now writes travel memoirs.