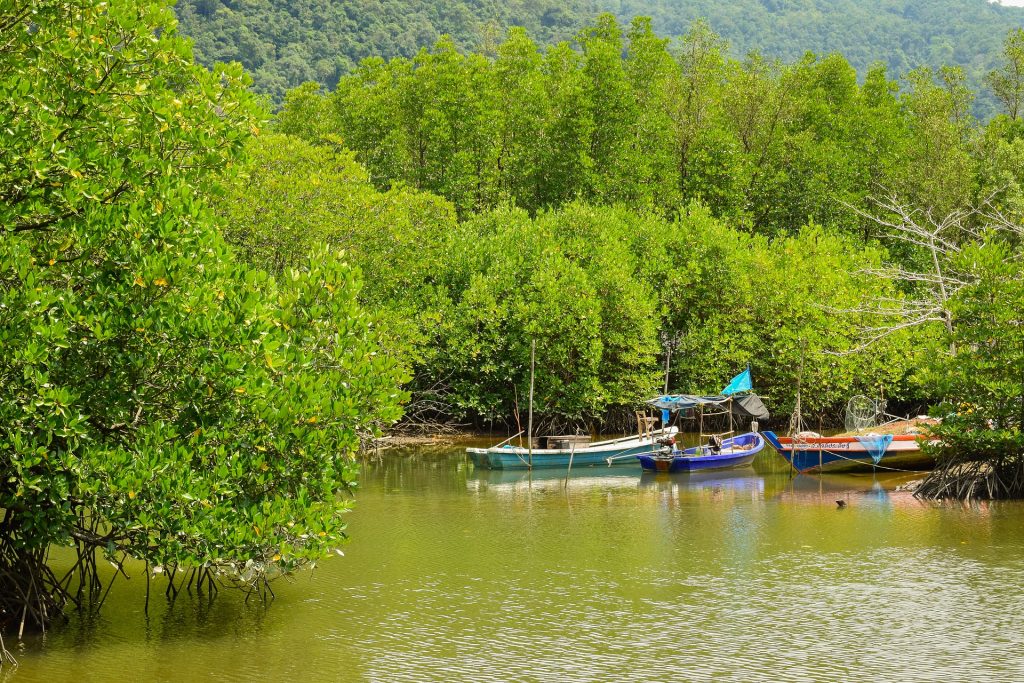 The dock at Ao Nang in Krabi, Thailand is as nondescript as any western restaurant patio. Wooden slats make up a narrow walkway with benches on either side. When I arrived there one Friday afternoon in January, it was a beautiful tropical day. A blue sky was dotted with high clouds and unthreatening thunderheads in the distance. I waited with a small crowd for one of the boats that depart every 15 to 30 minutes for the otherwise inaccessible Railay beach. As we waited, the skies darkened. And darkened some more. The wind transformed from a breeze to a gusty draft strong enough to take hats and untethered garbage alike. Lingering dogs took refuge at a nearby bar.

The rain began to fall and the once calm seas began to pitch and yaw. When the wooden longtail boat finally arrived, we boarded in what had become a tropical downpour. Everyone huddled below what little shelter the plastic tarp stretched overhead provided.

After an uncomfortable six-kilometer ride, we made it safely around the isthmus in the shallow inlet of the warm Andaman Sea. Within a few hours, the skies had mostly cleared and a beautiful tropical evening followed.

Beauty on the Beach

On a walk the next morning, I marveled at the beauty of a place that allowed you to view both sunrise and sunset on the same beach. I toed my way into the low tide surf. Tiny crustaceans skittered underfoot, burying themselves in the sand ahead of my ogreish footfalls. To my east, the blazing tangerine disc of the rising sun sat just above an expanse of green water as clear as glass. To my west, hotels and resorts lined the pristine coastline. Enchanted by the palm trees that flanked the brick-paved walkway along the shore, I followed the path and stumbled across something I didn’t expect to see—the town landfill.

More of a transfer station than a dump, the garbage was organized in piles according to its category. Just inside the gate, I could see a hill of construction debris. Beyond that was the largest mound of Styrofoam coolers I’ve ever seen. On the other side, was a massive collection of plastic water bottles, perhaps hundreds of thousands of them stacked beneath a metal portico. A mountain of beer bottles languished in their shadow. I wasn’t sure what kept them all from rolling away.

That’s when I snapped back to reality. I wasn’t only standing on the shore of the most beautiful beach I’d ever seen. I was toe deep in the sandy expanse of a carefully curated idea. The noble palms that lined the walkway, the carefully shorn grass pitches and the perfectly manicured shrubs, these were all transplants. Just like me, they’d come from somewhere else.

The hotels and resorts had created a non-native landscape, which made me feel I could have been anywhere. And the tourists on Railay Beach also felt interchangeable, like the orchids found in every hotel lobby, airport, and restaurant in the country. Nurtured in greenhouses hundreds of kilometers away and brought in at peak bloom, they are constantly replaced with fresh ones, with no onlooker the wiser.

When I looked up, the Kingfishers, Hornbills, and Egrets flying above the coastal waters, helped legitimize the idea that this place is perfect. Somewhere undiscovered. Someplace pristine. Away from the grit and prostitution and traffic of Bangkok or Jakarta or even Cancun, this little Eden allows those who visit it to take a breath. To relax. To allow ourselves to believe that if we buy a coconut smoothie from a stall in the sand, we are not only refreshing our parched palates but making a positive impact in someone’s life. Or benefitting this specific economy.

But as I stood that morning, marveling at the garbage, I realized, not for the first time in my life, that my view of the place where I was traveling was warped. It’s not that it wasn’t beautiful or that it didn’t allow tourists to relax. But seeing only the perfection is as inaccurate an image as looking in a funhouse mirror.

In Thailand, like other tropical destinations that have been developed for tourism, many of the native trees, particularly the mangroves that filter the water and provide habitat for birds and marine life have been decimated. Intertidal forests are often seen as wasted space, an obstruction of an otherwise beautiful view, or a breeding ground for mosquitoes. They’re bulldozed to make room for yet another hotel. Another restaurant. Another golf course.

The garbage I came across that morning is in some ways less a problem than other sources of environmental degradation. When I returned home, I researched and found a United Nations Environment Program report that estimates that fully 35% of the world’s mangroves are now gone. In Southeast Asia, much of the mangrove destruction has been prompted, not only by the construction of tourist and industrial infrastructures, but also by shrimp farming. As global shipping has become a greater part of the international economy, so too has the production and distribution of seafood.

Just like slash and burn farming in tropical rainforests, big aquaculture companies remove thousands of hectares of mangroves every year for what amounts to only a couple years of productive shrimp farming. When the waters are too polluted or nutrient-depleted, they move their operations to the next spot. This type of activity is rampant across South and Southeast Asia. And with profits soaring, they’re moving to parts of coastal Africa and Latin America as well.

In recent years, some of those mangroves are starting to be replanted. Small farmers have found that shrimp yields are higher where mangroves have been restored. The natural estuarine environment provides habitat for things that both feed the shrimp and keep them healthy.

For tourists, sticking our heads in the sand is both naive and ineffective. We should consider how each of us is complicit in the degradation of ecosystems that are now some of the world’s most popular destinations, and how we can be responsible, conscientious consumers. Every day, we vote with our dollars. One benefit to travel is that it opens our eyes to a world larger than what we can see through the media we consume at home. This experience reminded me that we have the choice to find out about the environmental policies of the places we’re going. How do they handle their garbage? Do they ship it off to be recycled, or do they burn it on site? Do they have potable water that requires no bottling at all?

Many municipalities now have fledging mangrove protection policies. Thailand, along with Trinidad and Tobago, and parts of the Bahamas have fought hard to protect vulnerable areas against both commercial and industrial development.

Our impact as humans often feels ominous, like darkening skies before what should be an otherwise pleasant ferry crossing. But we have the power to make change through our choices, by spending our money in places that recognize the future of their economy lies in preservation. 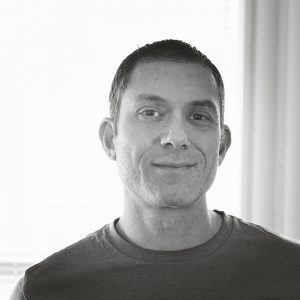 Josh Fredman is a writer, photographer, and artist living in Seattle, WA. He holds a BA in Environmental Communications from Antioch College. He loves to travel, but fears he’s responsible for the death of a polar bear every time he gets on a plane.