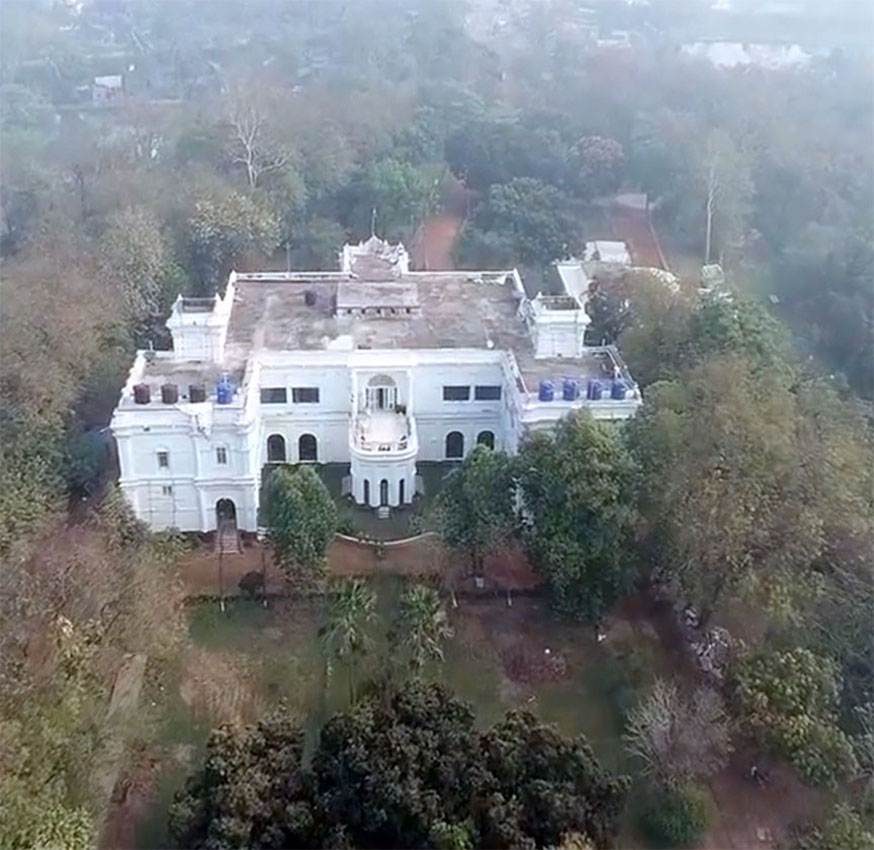 A small group of peafowls ambles about in the neatly-manicured, verdant lawn that fronts the sprawling façade of Belgadia Palace draped in thin morning mist. The stately manor that dates back to 1804 is the residence of the Bhanj Deo royal family that had ruled the princely state of Mayurbhanj in eastern India. The languid interiors of the palace, Victorian in its provenance, are ensconced in lived-in luxury with its antiquated furniture, artifacts, and crystal tableware. Mrinalika and Akshita Bhanj Deo, two sisters from the royal family of Mayurbhanj, have turned their ancestral palace into a royal homestay, where I have based myself to delve into the rich cultural heritage of Mayurbhanj, now a northern district of Odisha.

The day starts off with a drive to Simlipal National Park, 72 kilometres away from Baripada, the district headquarters of Mayurbhanj. The drive is through a pastoral landscape dotted with small villages, until we take a sharp turn after crossing a forest checkpoint. An ancient forest of sal trees, their tall heads reaching out to the sky, close in both sides of the untarred road, forming a thick overhead canopy, and only thin streaks of sunlight filter in. The jungle, even at noon, looks dark and forbidding. The drive is uphill, negotiating serpentine bends, and we are amazed to find a handful of tribal hamlets inside this primitive forest, smoke emanating from the humble homes, an assortment of tin, wood, and straws. The driver informs that we are passing through elephant corridor but we only spot droves of monkeys and red junglefowls, and catch a dazzling glimpse of a peacock in the middle of the road, its feathers spread in gay abandon, before it fleets off with an annoyed hoot. We arrive shortly at Barehipani Falls. From the upper floor balcony of the log hut that overlooks it, the cascading waters of the third highest waterfall in India look bewitching. On the way back, we drive through Nawana valley, its green expanse looking lovely in the mellow afternoon sun, and take a pit stop at Joranda Falls, plunging over a towering cliff in a single drop, spreading out slightly as it falls into the dark valley below.

The next morning, we set off early to Guhaldiha. The tribal village, about 12 kilometres from Baripada, is home to a community of women weavers of sabai grass, a natural fibre, which grows abundantly in the forests of Mayurbhanj district. An untarred road leads us through the village to the cooperative-owned shed where about a dozen women artisans are deftly turning the braided bundles of the organic fibre into crafty utility and decorative pieces with their nimble fingers. This eco-friendly tribal art of Mayurbhanj is now a major cottage industry of the state and even the e-commerce behemoths have now joined the bandwagon to merchandise the sabai craftwork.

On the way back we make a brief stopover at the temple of Haribaldev Jeu, the presiding deity of Baripada. Built in 1575, the laterite stone structure is an exact replica of the more-famous Jagannath temple at Puri and houses the same sibling trio of Lord Jagannath, Balaram and Subhadra. The antiquated charm has lost some of its appeal in the white façade and brightly-painted interiors but the temple hosts an intensely colourful festival during the annual Rath Yatra, when the chariot of Subhadra gets pulled by the town’s womenfolk. The next pitstop is Mayurbhanj Palace, the ancestral palace from which the Bhanj Deos ruled their state. The façade has a striking resemblance to Buckingham Palace, but most of the 126 rooms now remain off-limits.

We are back at Belgadia Palace by 11, its leafy grounds drenched by the mid-morning winter sun. A motley band of young men are waiting for us, holding shields and swords, their sinewy frames clad in white dhotis. On a slightly raised stage hemmed in by thick groves of trees, they begin their chhau dance, stomping their bare feet rhythmically, their choreographed kinetic movements synchronised with the resounding beat of the drums.

After a sumptuous lunch of which the highlight was the tangy mutton curry spiced up in Odisha-style, we set off for Haripur, the medieval capital of Mayurbhanj. The morning sun has been replaced by scattered clouds and the last leg of the 15-kilometre drive is through dense woods and a light drizzle. We walk past a gated entrance with an Archaeological Survey of India signage that warns visitors against defacing the heritage site and wade through thick undergrowth. A magnificent brick temple stands in the distance, its chiselled architecture oozing a faint crimson glow in the pale light. This is Rasika Raya temple, and we are standing right in the middle of the ruins of a massive fort built in 1400 AD, which was so impregnable that it found mention in medieval historical texts. The brick foundations running around the temple lead to huge underground chambers, which were part of a subterranean tunnel – an escape route for the royal family in case of an invasion. “The royal palace, which was inside the fort, has not yet been excavated.” – says Mrinalika Bhanj Deo, who is leading us this evening into the storied past of her ancestors. She points to the open alcoves on the walls of the Rasika Raya temple.

“These were used to keep fire torches on special nights, when dance performances were held in the temple courtyard,” she says.

Darkness descends gently on the fort grounds of the ancient capital of Mayurbhanj, as I try to imagine how magical the night would have been, more than half a millennium ago.