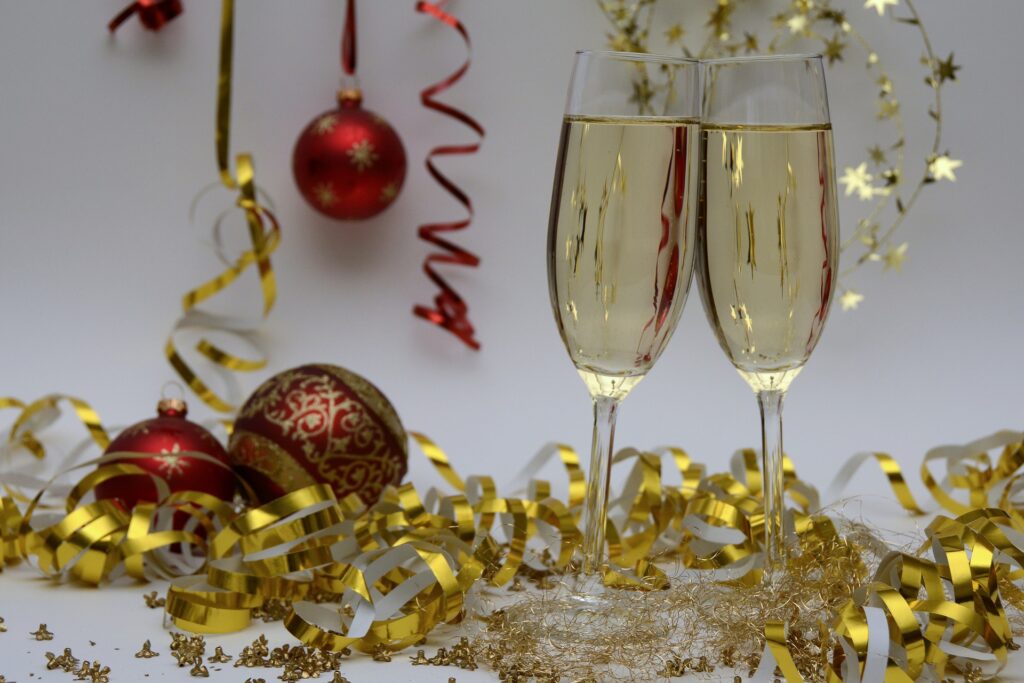 From breaking dishes to burning scarecrows, each culture celebrates the New Year uniquely. The first-ever recorded New Year’s celebration dates back to ancient Babylon, which occurred after the vertical equinox in March with the first new moon. It wasn’t until the calendar fell out of sync with the sun that Julius Caesar officially declared January 1st as New Year’s Day.

Today, while most countries continue to honor New Year‘s Day on January 1st, each country’s traditions couldn’t be more different. Keep reading to learn about different New Year’s traditions around the world.

Every New Year’s Eve, the Danish break dishes on the doorsteps of friends and family. It is believed that the more shards of broken dishes you have in front of your house the next day, the luckier you will be. However, the person who has to clean up this mess is maybe not so lucky.

The people of Denmark also stand on chairs and “leap” into the new year right at midnight. They believe that this brings good luck while banishing evil spirits.

A Spanish New Year’s food tradition involves eating twelve grapes beginning at midnight. Every time the clock chimes, a grape gets eaten. Each grape represents a different month of the year. If they don’t finish the grapes before the clock is finished chiming, they believe that they will have bad luck in the coming year. This tradition is likely to have originated in the early 20th century when winemakers wanted to increase demand for grapes in the winter.

The Greeks have several good luck New Year’s traditions, and one of them involves hanging onions above the front door. Parents wake their children up by bonking them on the head with the same onions that were hanging outside. In Greece, onions symbolize rebirth, so this is believed to invite abundance and prosperity into the home.

Secondly, another tradition in Greece is making vasilopita, a cake or sweet bread that has a coin baked into it. The person who discovers the coin will have good luck in the new year.

The Greeks also celebrate the new year by smashing pomegranates against the door of their houses; the number of seeds scattered represents the amount of good luck to come.

On New Year’s Eve, people in Japan eat a bowl of soba noodles. This ritual is known as “toshikoshi soba,” which means “year-crossing noodle.” Due to the long and thin noodles, this dish represents a long and healthy life. Soba is made of buckwheat, a naturally resilient plant, so this food is also believed to signify strength.

Brazilians wear white to represent peace and good luck in the new year. Along these same lines, the people of Brazil also throw white flowers in the ocean, giving offerings to Yemoja, a water goddess that controls the seas. In return, she will bring you blessings in the year to come.

Another Brazilian New Year’s beach tradition involves jumping over seven waves, in which they make one wish for each wave.

The people of Ecuador burn scarecrows on New Year‘s Eve, signifying politicians or famous figures. They believe that the burning will cleanse the world of the negativity of the old year, making room for the good to come in the future year.

Many people in Italy wear red underwear to celebrate the new year. In Italy, red is a symbol of fertility, so this is good luck for those trying to have children in the year to come.

Italians also eat lentils at midnight, hoping for good luck in the new year. Because lentils do not perish quickly, they are believed to bring longevity. Another theory for this tradition is that lentils look like ancient gold coins, signifying prosperity and wealth.

Many Canadians take a polar bear plunge on New Year‘s Day, which involves jumping into freezing waters outdoors. These plunge events usually raise money for charity, and they are also believed to be good for one’s health.

Another popular Canadian tradition for the New Year is to go ice fishing. With Canada’s natural winter beauty, this makes sense. In fact, many Canadians witness the Northern Lights while ice fishing!

On New Year’s Eve, Filipinos eat twelve round fruits, one for every month of the year. In the Philippines, this ensures abundance and good luck for the year to come.

Another Filipino tradition is to dress in polka dots on New Year’s Eve. In the Philippines, anything round signifies prosperity. Because polka dots look like coins, Filipinos believe that polka dots represent good fortune for the future.

As a superstitious bunch, the Irish have several traditions to celebrate New Year’s Eve. Around Ireland, families leave a place setting at the dinner table for loved ones lost in the previous year, honoring their memory.

The Irish also celebrate the coming year by banging Christmas bread on the walls of their homes, chasing out evil spirits, and starting the new year with a clean slate.

Finally, for those who are single in Ireland, superstition says that putting mistletoe, holly, or ivy underneath your pillow on New Year’s Eve will allow you to dream about your future soulmate.

Because fireworks were banned in New York City, Americans adopted the tradition of watching the ball drop on New Year’s Eve in the early 1900s. However, the practice of a ball dropping to mark the passage of time precedes the New York ball-drop. The first-known “time-ball” was installed in the Royal Observatory in England in 1833, falling at 1:00 every afternoon.

Even if you aren’t traveling for New Year’s Eve, you can still enjoy some international traditions from wherever you are celebrating. While you may not want to burn a scarecrow in the backyard, you can easily adopt one of the less-risky global New Year’s traditions as your own. Who knows? Maybe it will bring you some good fortune in the year to come. If not, at least you tried something new. Happy New Year! 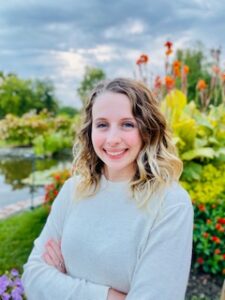 Hanna Muth was born and raised in the small town of Quincy, Illinois. Hanna works as a freelance writer, educator, and musician. When she’s not writing or playing the violin, you can find her practicing yoga, reading, or drinking coffee. Hanna currently lives in St. Louis, Missouri with her husband.