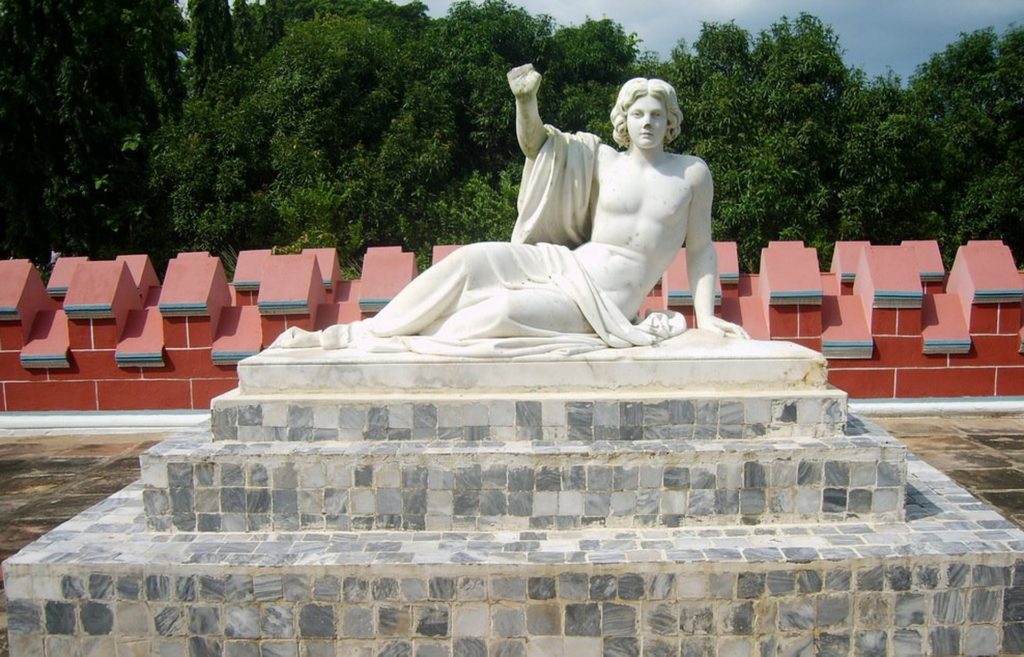 Robert Orme, one of the official historians of British East India Company, had marked Murshidabad as one of the richest cities of the world in the early and middle years of the 18th century. It was the capital of Bengal province in the eastern part of India that included Bihar and Orissa along with present-day West Bengal and Bangladesh. Legendary for its extravagant splendour and Nawabi culture, it was not only the trading outpost for finest muslin, ivory carvings and silk products but also the centre of the thriving money market of Eastern India. It is estimated that the city on the eastern banks of River Bhagirathi had accounted for 5% of the world’s GDP.

All of this changed after the rule of independent rulers of Bengal ended here in the latter decades of the 18th century, when the British East India Company consolidated their stronghold and shifted their base from Murshidabad to Calcutta.

Two and a half centuries later, Murshidabad lies half-forgotten, 215 kilometres from Calcutta, cocooned in its glorious past, waiting for its distinct heritage trail to be rediscovered and restored.

The finest standing building of Murshidabad is Hazarduari Palace. It was built in 1837, more than 50 years after the city’s days of glory had faded away; and it leaves to the imagination of the discerning traveller of the majestic grandeur of the palaces that antedated this magnificent structure. The three-storey palace, with its sprawling façade, thousand doors and 114 rooms has been converted into a museum that is a veritable treasure trove of the city’s Nawabi past.

The gleaming white mansion opposite Hazarduari Palace is the Nizamat Imambara — a huge congregation hall for the Shia community that opens its doors only during Muharram. The 1847 structure was built on the same spot, when the old, wooden Imambara built by Nawab Siraj-ud-Daula was completely destroyed in two devastating fires in 1842 and 1846.

The double-storied Katra Mosque dates back to 1723, during the heydays of Murshidabad. Built by Nawab Murshid Quli Khan, the town was named after him. Perched on an elevated platform, Katra mosque had four huge octagonal minarets, of which two were destroyed in the Great Earthquake of 1897. With its splendidly built vaulted doorways, gigantic minarets, the Arabic and Persian inscriptions on its walls, the 300-year-old mosque, which is now maintained by the Archaeological Survey of India, is a prime attraction of Murshidabad. The prayer hall can accommodate 2000 people in its cavernous interiors. The tomb of Nawab Murshid Quli Khan is located at the entrance of the mosque.

Jahan Kosha (which literally means the Destroyer of the World) had been the highlight of the Nawabi armoury. Superbly crafted with eight metals, the cannon weighs 16,880 pounds and is 17.5 feet in length, and located about 1 kilometre from the Katra mosque.

A dilapidated gate in a leafy corner of the town is a prime attraction for history enthusiasts. Namak Haram Deori (Gate of the Betrayer) was the grand entrance to the palace of Mir Jaffar, who had infamously betrayed Nawab Siraj-ud-Daula in the Battle of Plassey in 1757. He was the military chief of the young king and briefly ascended to the throne after Siraj-ud-Daula was murdered. Nothing much remains of the palace though, but the gate is a reminder that it must have been a majestic structure. Bang opposite the Deori stands the Jaffarganj cemetery, a nicely maintained family graveyard of Mir Jaffar, his wives and his children. Interestingly, the graves of the women members of the family are enclosed within ornate walls. In death also, they remained veiled!

Another beautiful palace is Wasif Manzil, a late-19th century mansion that has been recently renovated houses some rare artefacts from Murshidabad’s Nawabi past.

There are a few beautiful palaces in Murshidabad in various states of decay and disrepair, but draped in an atmospheric charm. Nashipur Rajbari with its marble statues, ornate fountains, overgrown gardens and an elegant façade lay half-forgotten in a charming clutter, and shrouded in its murky past when it was owned by a cruel tax collector. In recent years it has got a facelift. The House of Jagat Seth had belonged to the Nawab’s bankers, who used to control a large chunk of the money market of India in the earlier half of the 18th century. The finest standing example of Murshidabad’s past is Kathgola Palace. With its Corinthian pillars, stucco motifs and statues the ornately gorgeous gate is topped with a beautiful Nahabat Khana with multicoloured stained glasses. The palace houses a beautifully restored Jain temple and a little garishly painted stepwell inside its premises.

But perhaps the high point of a trip to Murshidabad is right across the calm waters of Bhagirathi. A country boat can take you across to Khosbagh, where in a leafy graveyard hemmed with tall trees lies the last remains of Nawab Siraj-ud-Daula in a simple mausoleum along with his wife.