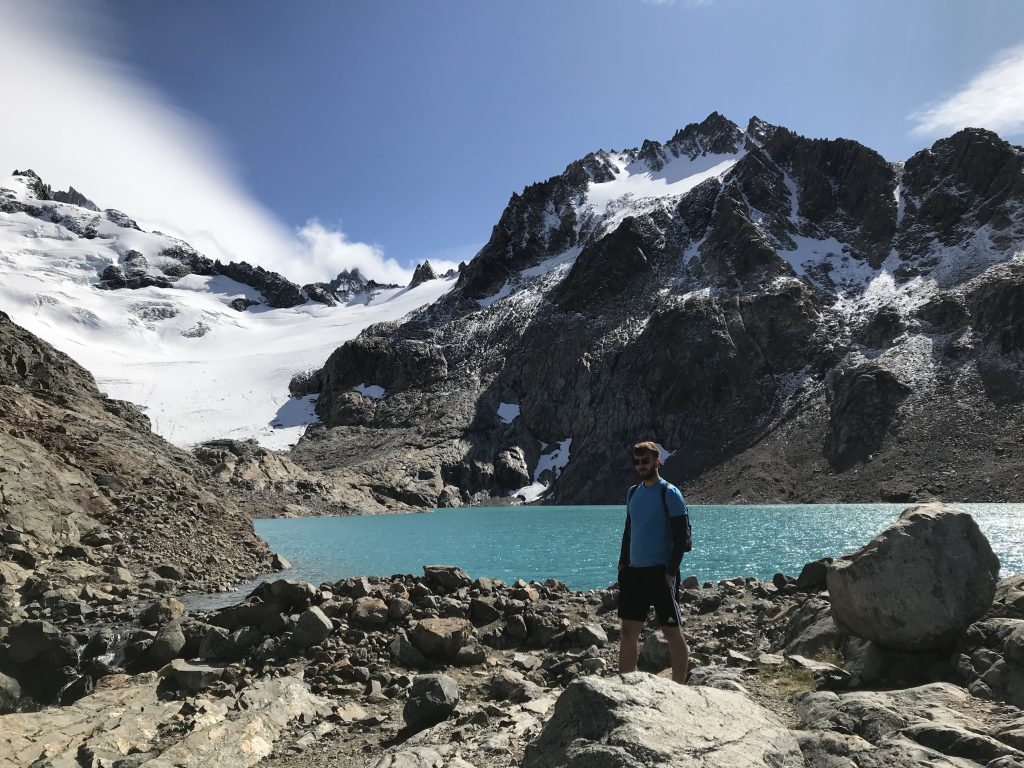 Travelling through Patagonia is a dream come true for any adventurer.

The region is renowned for its world-class hiking trails, mountainous terrain, and vast landscape — not to mention the turbulent weather. This makes October to February (Patagonia‘s spring and summer) the best time to go — however, if you’re on a budget, March is more suitable.

March is the first glimpse of Autumn and the beginning of ‘low season’ as temperatures start to drop. In recent years, March has enjoyed warmer than average weather, making it this perfect time to visit as prices and crowds begin to taper off. This is vital if you’re in Patagonia without a tent.

If you’re anything like me and your travel style is to go with the flow then Patagonia may come as a shock to your spontaneous self, as there is just so much to explore! Travelling to the continent’s southernmost tip is pretty impossible without some sort of plan, especially if your budget is tight. That said, there are downsides to too much planning, so it’s important to strike the balance just right.

The norm when travelling Patagonia is to bring a tent, particularly if you are planning on hiking the big trails, but as our trip was spanning the whole South American continent, we wanted to pack light and the tent had to go. This is tricky when travelling in peak times as accommodation gets pricey, which makes March the ideal time to go.

The best time to visit Puerto Madryn, an Argentine city on the northern coast of Patagonia, is November to January, when the southern right whale can be seen in all its glory. However, if you want to stick to your budget and still spot some epic wildlife, March is still — you guessed it — the sweet spot.

My first tip for keeping the budget low is to hire a car. Patagonia is vast and there is so much to see, so having your own transportation keeps costs down and gives you freedom — particularly when exploring the Peninsula Valdes. Here you have the chance to see penguins, sea lions, elephant seals, armadillos and so many other species of wildlife. And don’t worry about missing the whales in March, as orcas frequent the coast at Playa Norte, but you may need to revisit a couple of days in a row to get a solid shot of seeing them.

Hostels are abundant here, and there are some great family-run spaces that will only set you back £8 a night. We stayed at Hostel La Casa de Tounens and booked a dorm, but ended up with a private room for the same price due to an end-of-season steal.

I left my heart in El Calafate! The highlight of my trip and everything Patagonia is about is found in this quaint lakeside town in Argentina that sits on the southern edge of the Patagonian ice field. The home to Perito Moreno, one of the most picturesque glaciers in the world, and located in the heart of Patagonia, El Calafate is a hiker’s paradise with a town reminiscent of alpine ski resorts.

Just around the corner, about a two-hour scenic coach trip away, is El Chalten, an even smaller village set in one of the most amazing hiking areas in the world. El Chalten is home to the legendary Mount Fitz Roy. This place is extremely geared towards campers, with sites located on the trails to make it easier for people to see the sunrise at Laguna De Los Tres, famous for its breathtaking views of turquoise lakes high up in the Andes.

Due to the town only having a handful of hostels and hotels, the prices are high. One of the best ways to get around this is to book one night initially and visit the hostels in person to see if they have any space for the night. This way you have more flexibility, rather than booking ahead on third party sites.

Ushuaia, or ‘Fin del Mundo’ as it is known, which translates to the ‘End of the World’, is the southernmost city in the world — next stop, Antarctica.

This city is a popular cruise port and has a more international feel due to the main lifeblood of the city coming from cruises. Ushuaia is the ‘capital’ of the Tierra Del Fuego region of Argentina and is a real tourist draw. This coupled with the exemption of government tax makes it an attractive place to live for Argentinians. This means Airbnb is a great accommodation option to fit your budget if you don’t have a tent!

Particularly when choosing private rooms. We stayed with a lovely Argentinian couple in their flat on the hill, which had a beautiful view of the Beagle Channel at night. We spent the evenings drinking Fernet con Cola, the national drink of Argentina, and brushed up on our Spanish.

Ushuaia has so much to offer, from hiking and wildlife tours to fresh seafood. The highlight was a boat trip across the Beagle Channel as we were lucky enough to spot a humpback whale majestically gliding through the arctic waters. A moment I will cherish forever!

Puerto Natales is the gateway town to Torres Del Paine, home to the O and W treks, some of the most famous routes in Patagonia — impossible to do without a tent! Spots on the O and W treks are extremely hard to come by and require a lot of planning, so if your path through Patagonia is more spontaneous you won’t need to worry about it as the National Park has plenty of day hikes. Even though most hostels have space outside for camping, their dorm rates are extremely reasonable and have lots of room. There are so many hostels here, it is the perfect place to rock up and knock on doors in person rather than booking ahead.

Unfortunately, the day we planned to visit Torres Del Paine was the day the government announced that it will be closing the country’s National Parks due to the coronavirus pandemic. This marked the beginning of the end as we found ourselves without a place to stay as hostels and hotels began to close and people were reluctant to take in new residents. That was the point we realised it would have been handy to have a tent!

There is a very fine ance when navigating Patagonia without a tent. The trick is to strike a balance between planning ahead and spontaneity. Every part of Patagonia has its own heart and quirks that need exploring, which makes it hard to know how many days to allocate to each location.

But one thing is for sure, Patagonia should be high up on every adventurer’s bucket list! 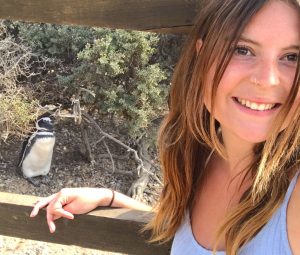 Devon Older is a PR and Marketing professional from London, England, with a flair for writing and photography. Devon discovered her adventurous nature and wanderlust on a solo trip to Bali whilst studying for an English degree. From there her passion grew as she left the 9-5 in London to tackle freelance life and travel the world. Follow her adventures at @devonolder

3 thoughts on “Path through Patagonia without a tent”