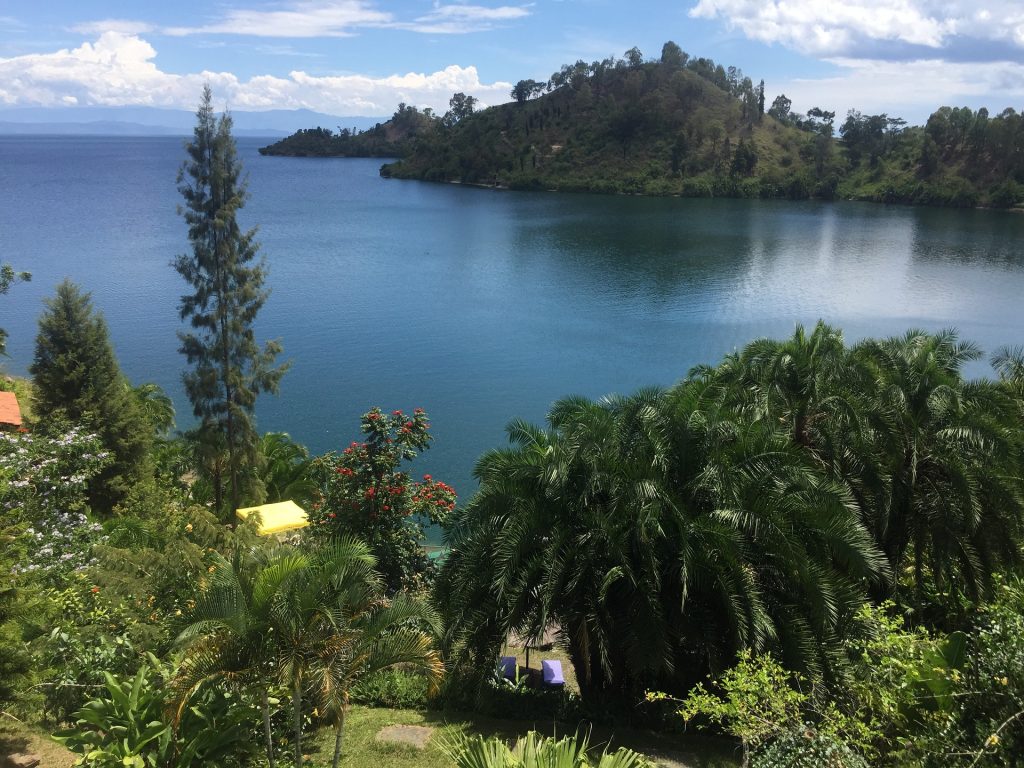 “Look, there’s a bullet hole here.” My husband points out a circular indentation in the wall of his childhood home at the Kigobe Mission Station in Bujumbura, Burundi. I run my hand over the warm stone wall of the house, then let my eyes wander around the peaceful yard. Sunlight filters through the leaves of a mango tree and flecks the lawn with bright spots. It’s hard to imagine this place as the middle of a war zone. Yet the traumatic decade of tribal warfare still sits heavily in the minds of locals who were affected.

In the 1990s, Burundi was a frightening place to be. Along with neighboring Rwanda and Congo, the small East African country was embroiled in a bitter racial conflict that had plagued the people for decades. Militants from the majority Hutu tribe, tired of centuries of subjugation from the minority Tutsi tribe, instigated violence against the Tutsis after Tutsi guerrillas were suspected to have assassinated the democratically-elected Hutu president. Thousands of people from both tribes fled their homes, searching for safety. Ten thousand of the internally displaced persons sought shelter at Kigobe.

The ethnic conflict ended in Burundi in 2005, but the effects of the violence are still evident. Hundreds of thousands of people died during the war, and many of those who lived are heavily maimed. The scars on their bodies and faces are a constant reminder of what happens when hatred is allowed to overcome a nation. These marks represent the scars borne inwardly by those who lived through those terrible days. Even after so many years, families who lost homes still struggle to maintain stability, and many never returned home at all. The infrastructure of the country as a whole was also stunted. This has taken a toll on the economy of the nation and affects the financial state of its citizens. For twelve years, the country was unable to develop. Today, Burundi is still working to make up for the years it could not progress, even as it fights issues unrelated to the civil conflict, including the instability that plagues the political landscape of East Africa.

I leave the bullet-riddled stone house and walk the dusty path through the missions compound toward Ephphatha School for the Deaf, where I’m filling in for a teacher on maternity leave for two weeks. A toddler sitting in a front yard calls out, “Amahoro, Umuzungu!” Hello, white person! I return the Kirundi greeting and the child opens his eyes wide in surprise, then shrieks with laughter. I arrive at the school, where I enter the classroom and greet the class in sign language, smiling at the small children seated at wooden desks. There are both Hutu and Tutsi faces in the classroom, and the children share benches, smiles, and signed communication indiscriminately. This is a generation that has never known the hatred that once existed between the two tribes, a generation that will grow up in a Burundi where both tribes enjoy opportunity and goodwill.

I hear the sound of rhythmic drumming from the other side of the compound and glance outside. Two or three children with minimal hearing loss run to the window to locate the source of the sound. Curiosity draws the rest of the students. Soon everyone in the classroom is soaking up the quintessentially Burundian drum performance, featuring energetic drummers in traditional garb as they pound out the rhythmic heartbeat of the country. This represents Burundi. Burundi is defined by joy, color, and echoes of the ancient. It is not defined by the ghosts of its past mistakes. Burundi is in the smiles of these dancing drummers. It’s also in the rolling sapphire hills of its interior, the clasped hands of friends, the rich flavor of its coffee.

If you visit Bujumbura (Burundi’s most populous city) today, you will see Hutus and Tutsis living side by side. Burundians don’t pretend that their tribal differences are nonexistent. They don’t ignore the history of hatred. But they do exemplify a lesson learned in the dark days of war. No matter how we look, what we believe, or what our social status is, we all share at least one thing in common: our humanity. When the value of human life is affirmed and each person treated with respect, there is no room for violence. If only this concept could be carried to ends of the earth, perhaps the world could enjoy peace, as well.

The school day ends, and I return to the stone house, now bathed in afternoon light. School children kick up dust as they run past the house on their way home. Beyond the wall of the compound, the streets echo with the noise of foot traffic, bikes, and taxis. In the distance, the hills rise above the horizon line, concealing rural villages and rolling fields. Bullet holes may remain as reminders of the past, but Burundi accepts today with gusto and looks forward to tomorrow. For this beautiful little country, there is peace and hope.