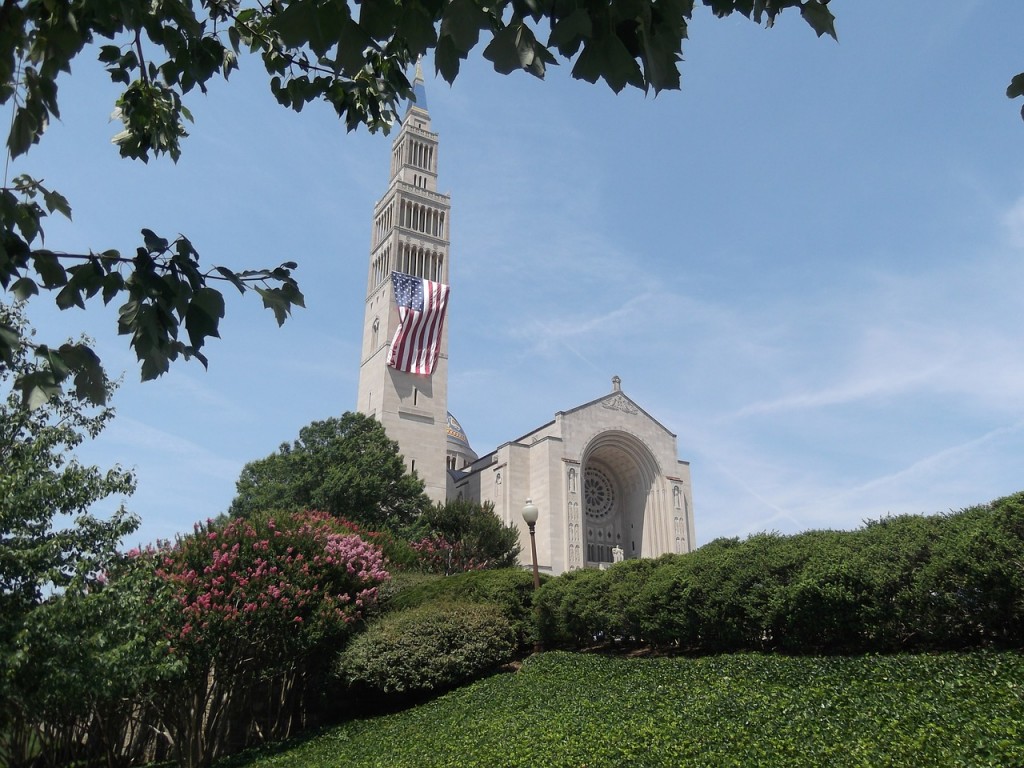 Today on World Footprints we’ll visit one of the largest churches in the world in Washington DC- The Basilica, examine efforts to save cheetahs in Namibia and head off on a Caribbean pirate treasure hunt with the latest generation of Cousteaus.

First, The Basilica of the National Shrine of the Immaculate Conception may not be the most iconic building in Washington, DC, but it looms large in other ways. Louise DuFresne of the Basilica takes us inside this beautiful building in northeast DC to share its remarkable history.  From the awe-inspiring domes, mosaics and statues that define the Basilica and much of the ornamentation, words can hardly express the grandeur and artistry on display.  One of the most amazing attractions is the 3,600 square foot mosaic of Christ, which is believed to be the largest mosaic of Jesus in the world.

Then, the country of Namibia is replete with natural physical beauty and abundant wildlife.   The world’s fastest cat—the Cheetah roams the beautiful landscape but is faced with man-made and natural threats to its existence.  For more than three decades, rescuing cheetahs and returning them to the wild has been the focus of Namibia’s Cheetah Conservation Fund.  During a trip to Namibia, we visited Cheetah Conservation Fund for a closer look at the efforts to save this endangered cat.   CCF’s Eli Walker took us behind the scenes during feeding time as we learned of the challenges facing the cheetah in Namibia.

Finally, Philippe Cousteau Jr. came to undersea exploration and conservation thanks to a legacy left by his famous grandfather Jacques and his father.  Now, Philippe and his wife Ashlan, who made her mark as an on-air entertainment reporter for E-news, combine their personal and professional passions in their new Travel Channel show Caribbean Pirate Treasure—crisscrossing the Caribbean to share stories of pirates and lost treasures of yesteryear.

Also, Washington, DC is filled with many well-know attractions drawing millions of visitors every year.   But venturing off the beaten path, DC’s unique neighborhoods reveal historic homes with of stories of their own connected to America’s history.   We’ll shine a “spotlight” on two of them in the Nation’s Capital—Tudor Place and Heurich House.