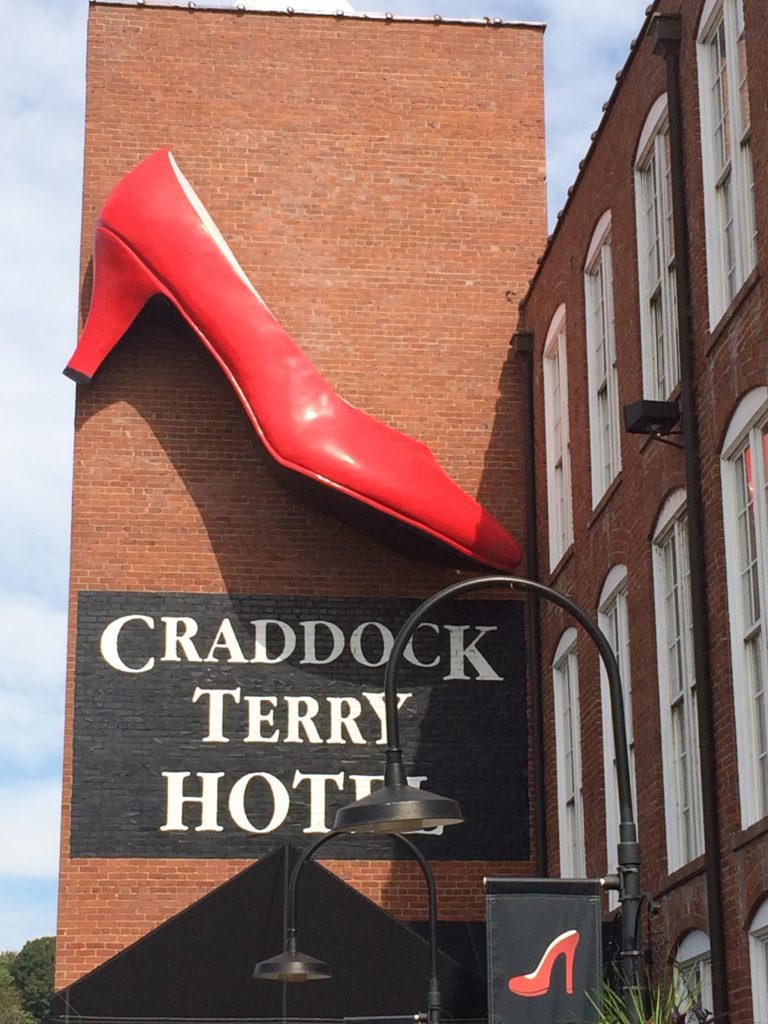 Join World Footprints as we explore Lynchburg, Virginia’s history on an art and architectural tour including spotlight stops at the Point of Honor historic home and the Riverviews Artspace.

Located in the center of Virginia, Lynchburg is within a day’s drive of most major east coast cities and it’s a perfect place to begin an exploration of Central Virginia. But historic Lynchburg, the city on the hill, is undergoing an incredible revival. From new outdoor spaces, visual and performing arts to culinary arts and architectural restoration, Lynchburg offers iconic attractions within its vibrant borders.

Lynchburg is divided into several historic districts. We began our tour of Lynchburg in The Carriage House Inn Bed and Breakfast—a beautifully restored 1878 Italianate mansion that’s located in the historic Daniel Hill district. Owners, Mike and Kathy Bedsworth take us on a historic tour of the property and area.

Then, we’ve all heard the story of Old Mother Hubbard who lived in a shoe. Lynchburg’s Craddock Terry Hotel takes living in a shoe one step further. Once the world’s fifth largest show manufacturer, Craddock Terry celebrates shoes daily in its shoe motif rooms. General Manager, Todd Swindell, tells us how Craddock Terry opens its laces and buckles to thousands of guests every year.

Next, Lynchburg is a city that remembers its past but keeps an eye on its future. Another important move towards the city’s future is the rehabilitation of the historic Virginian Hotel that, once completed, will be part of the Hilton’s Curio Collection. Developer Danny George tells us why this project ties in with the rehabilitation of the Academy Center of Arts and how it will transform downtown.

Finally, the restoration of Lynchburg’s Academy Center of Arts, also known as the Jewel of Main Street, is leading the arts revolution in the downtown. The Academy complex, anchored by the Academy of Fine Arts Music Theatre, also includes a studio theatre and the historic theatre that showcases an array of performances ranging from musical and theatrical performances to variety shows. Originally built in 1905, the Academy Center of Arts promises to be a regional centerpiece for the arts once restoration is complete. Dorie Smiley, Director of Operations, shared the Academy’s treasured past and looked towards its promising future