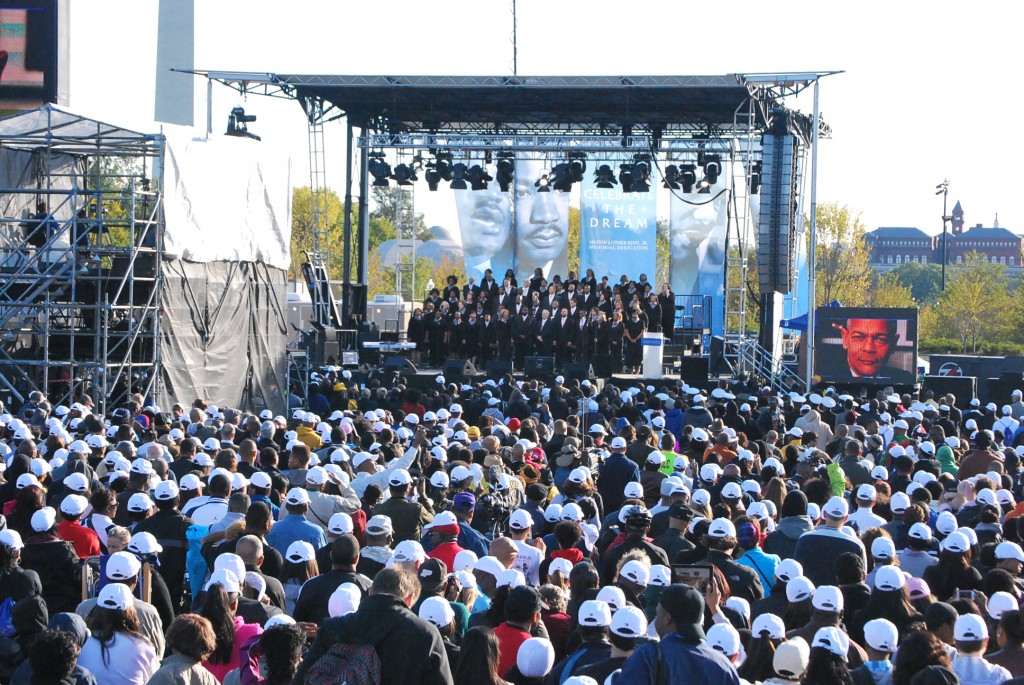 “Make a career of humanity. Commit yourself to the noble struggle for equal rights. You will make a greater person of yourself, a greater nation of your country, and a finer world to live in.”

Those are some of the quotes that appear on the Inscription Wall at the Martin Luther King, Jr. Memorial.  The Martin Luther King, Jr. Memorial lies along  the center line of leadership that extends from the Lincoln Memorial to the Jefferson Memorial on Washington’s National Mall.   At 30 feet in height, the sculpture of MLK on the “stone of hope” is 11 feet talller than the statues of Lincoln and Jefferson.

In honor of Dr. King’s birthday, we will revisit our coverage of the dedication of his Memorial in 2011.  Over a decade in the making, October 16, 2011 marked the official dedication of this historic Memorial in Washington, DC and the 16th anniversary of the Million Man March.  However, the original dedication date was set for August 28, 201, the 48th anniversary of King’s “I Have A Dream” speech.  But, an earthquake in the mid-Atlantic and the untimely visit of Hurricane Irene forced a delay in the official ceremony.  Nonetheless, World Footprints covered all of the dedication events from August through October and today’s show shares interviews from celebrities and news makers who participated in the celebrations.  Ambassador Andrew Young, Lalah Hathaway, Reverend Jesse Jackson, Rabbi Israel Dresner, and former Secretary of State Madeline Albright will offer their thoughts and memories about Dr. King.

From the official dedication we’ll share music and remarks on the National Mall from Archbishop Desmond TuTu, Stevie Wonder and America’s first African-American President, Barak Obama.  From our perspective, watching President Obama walk past the Inscription Wall at the MLK Memorial to the dedication stage to honor Dr. Martin Luther King, Jr., was incredibly powerful.

Celebrate and relive the MLK Memorial dedications as we remember the life, legacy and dreams of Dr. Martin Luther King, Jr.