Dancing in the Streets: A History of the Second Line 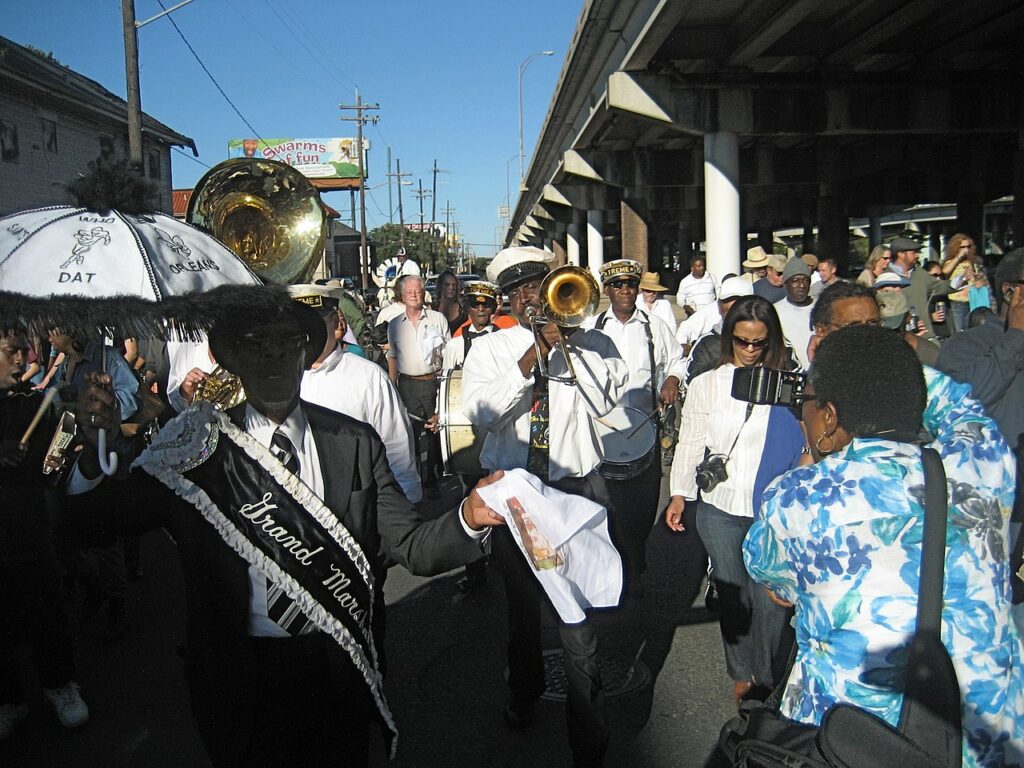 Whether you’ve been to New Orleans or not, you’ve seen them—the brass band that parades through the streets in a somber march only to erupt in a celebration of music, color and dance. Like the pied piper the band draws crowds who dance through the streets like it’s Mardi Gras.

That is the Second Line.

So what is a Second Line exactly?

In this episode of World Footprints, Tonya and Ian Fitzpatrick visited The Historic New Orleans Collection (THNOC) in the French Quarter to meet with two amazing guests, Judy Cooper and Eric Seiferth, who help us understand the history and traditions of the Second Line.

Judy Cooper is a long-time New Orleanian and second-line photographer who has just created a vibrant photo essay book on the second line entitled, Dancing in the Streets: Social Aid and Pleasure Clubs of New Orleans (published by The Historic New Orleans Collection). Judy’s book explores and celebrates the Second Line’s history and practice.

Eric Seiferth is curator and historian at The Historic New Orleans Collection focusing on 20th-century New Orleans and the musical heritage of the city. Eric co-curated the Collection’s “Dancing in the Streets” exhibit which is available online at HNOC.org.

Put on your alligator shoes and Sunday best as we explore the history of the Second Line while we go dancing in the streets of New Orleans.

If you enjoyed this episode we have a favor to ask:

Please support World Footprints by leaving a 5-star rating and review on Apple podcasts or your favorite podcast platform. This will help other likeminded and interested travelers find us.

Full transcripts are available in the link below.