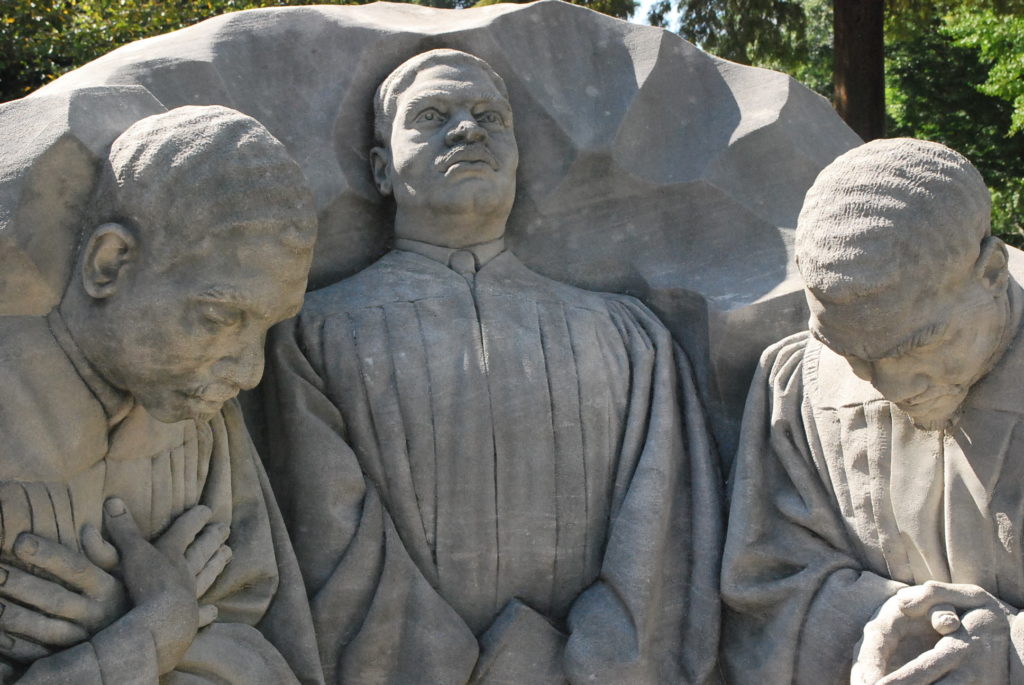 Birmingham, Alabama is considered ground zero in the civil rights movement.  In the 1950s, African-Americans of all ages in Birmingham drew a proverbial line in the sand against racial segregation.  Their stories, struggles and ultimate success over Jim Crow laws is on display at the Birmingham Civil Rights Institute in an effort to keep the stories of this dark chapter in American history alive.

Across the street from the Institute is the 16th Street Baptist Church where a 1963 bombing that killed four young girls changed the course of history in Birmingham and America.  We will walk through this church that has, today, become a place to unify a community and people from all over the world.

Downtown Birmingham is the home to the Civil Rights Heritage Trail.  Kelly Ingraham Park, also known as Freedom Park, was the staging area for many of the demonstrations that took place in Birmingham led by Dr. Martin Luther King, Jr., Rev. Fred Shuttlesworth and others.  Today, Freedom Parkt is a sculpture garden that honors those who peacefully demonstrated.

We will revisit our conversation with jazz legend, the late Frank “Doc” Adams.  He shared his music and life with us when we met him at the Alabama Jazz Hall of Fame just weeks before his passing at the age of 86.