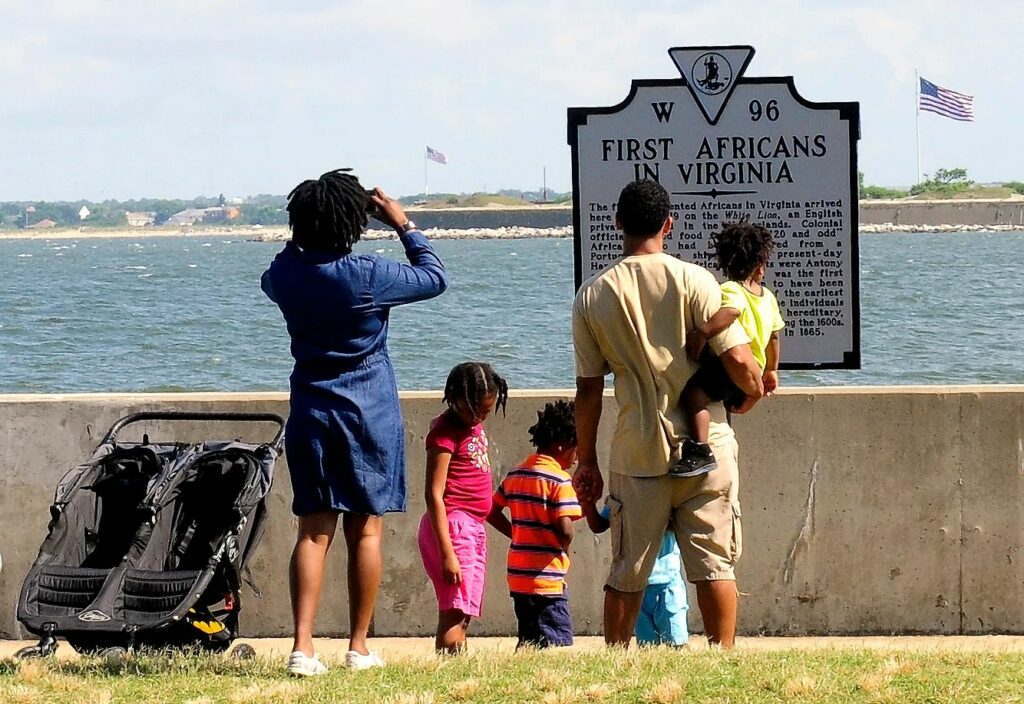 How should we think about history when there’s nothing to support a narrative?

Tiffany Tolbert, associate director of the African American Cultural Heritage Action Fund at the National Trust for Historic Preservation, says that “just because it’s not there doesn’t mean that we should ignore history”.

As we know, many of the places where significant African American history occurred have been neglected and have gone unrecognized for the important role they hold in the fabric of American society.

The National Trust for Historic Preservation recognizes that Black history is American history. Following the 2017 violent protests in Charlottesville, Virginia the Trust launched the African American Cultural Heritage Fund with the intention of preserving, protecting and expanding America’s historical narratives.

The National Trust recently awarded 40 sites and organizations over $3 million in grants to preserve African American history. We’ll hear about the mission and work of the African American Cultural Heritage Fund and we’ll learn about this year’s grant recipients. Some grantee’s are a pleasant surprise.

Please support us with a 5-star rating and review on Apple podcasts or wherever you’re listening to us. AND if you leave a review we’ll read it in the end credits of our next podcast. Also, please join our community for travel news, tips and more by subscribing to our newsletter.

The historical happenings in African-American people’s lives hold an important role in the history of America. Tiffany Tolbert is the associate director of African American Cultural Heritage Action Fund at the National Trust for Historic Preservation, recognizing Black history as American history. Tune in to this episode of World Footprints with our hosts, Ian and Tonya Fitzpatrick.

After the violent protests that happened in Charlottesville, Virginia, they established the African American Cultural Heritage Fund to preserve, protect, and expand the historical narratives of America. Tiffany shared that the initial goal was to reach $25 million. As of the moment, they could distribute approximately $4 million African American culture fund grants. Earlier this year, they also gave $700,000 worth of funds to HBCU.

How The Program Impacted the American History

Tiffany wasn’t aware of the African American people in history; it isn’t something that they thought about while she was growing up. She only understood it the moment she moved to another city. Their goal is to spread awareness about African American experience to other regions of the country.

The traditional history of African American people is primarily oral tradition. Most of their historical sites have been lost, which they can now narrate and tell people the story of these places. They do storytelling with interpretation to fully visualize what they are talking about.

Aside from the traditional concept, they implement virtual engagement and online museums.

Tiffany’s team’s work is a form of social justice that aims to reclaim the space in history in America. They aim to address how African Americans and other minority sites have been conserved through the preservation movement for decades now. It’s correcting the past mistakes and acknowledging African-American contributions and other people of color to America’s history.

Gentrification in the African American History

This issue is bigger than anyone, which Tiffany views as challenging. You cannot change what happened in the past, but they can provide a safe place for them to express their advocacy against the changes in the city.

This is one of the companies that was endangered a few years ago. It focuses on the art aspect of history, mainly opera and classical music.

The next phase of their project initiative is a National Mapping Project that links and documents these places in a virtual form. After that, they want to establish an exploration experience through National Trail. Currently, there are African American trails that still exist today, and with this, they aim to link them all together. The National Mapping Project has a goal to develop a tourism portal.

Even before, Tiffany was hands-on with the project, and she is working with the team one on one. The site that resonated with Tiffany the most is Robert Symbol Church of God in Christ due to its relationship with Emmett Till and Till Mobley. This is a site located in Chicago, on its south side.

Aside from Robert Symbol Church of God, we have Sarah Rector’s house in Kansas City. She discovered the site after working with another grantee. This site holds the history of African American Women and the story of slavery in the Native American community.

Learn more about Tiffany Tolbert at: