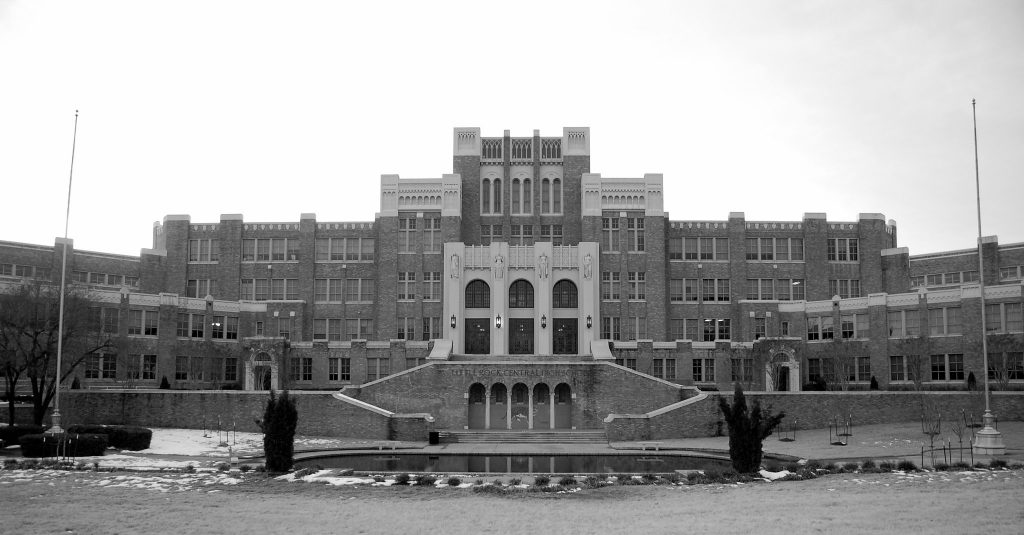 On September 23, 1957, Ernest Green and eight other African American high school students, known as the ‘Little Rock Nine’, integrated the all-white Central High School in Little Rock, Arkansas. This event was the first experiment in school integration came three years after the U.S, Supreme Court’s Brown vs. Board of Education landmark ruling that segregation of public schools is unconstitutional.

One year later, in 1958, Mr. Green became the first African-American student to graduate from Central High. He was also the only one of the Little Rock Nine to graduate from the high school.

World Footprints revisits U.S. civil rights history and school segregation through the eyes of Ernest Green.  Our poignant conversation uncovered things we didn’t know about that event in history.

“They used to call Arkansas ‘the land of opportunity,’ and Black people said, ‘Opportunity for whom?”

Our interview was also personal because it came about after Mr. Green saw that Tonya mentioned him in her AAA World Magazine when she noted that Green and her late father were college friends at Michigan State University. Coincidentally, we spoke to Mr. Green on the birthday of Tonya’s dad.

Green attended Michigan State University as the beneficiary of a scholarship provided by an anonymous donor. While at Michigan State, Green continued to engage in activism and protests supporting the Civil Rights Movement. He later learned that the anonymous donor was John A. Hannah, the president of Michigan State, and an occasional target of protests by civil rights activists including Green. Green graduated with a Bachelor of Arts in 1962 and a Master’s degree in sociology in 1964.

This episode focuses on the social impact of Mr. Green’s life journey—a different type of travel experience–and his role in the civil rights movement as a Little Rock Nine. It’s powerful and inspiring.