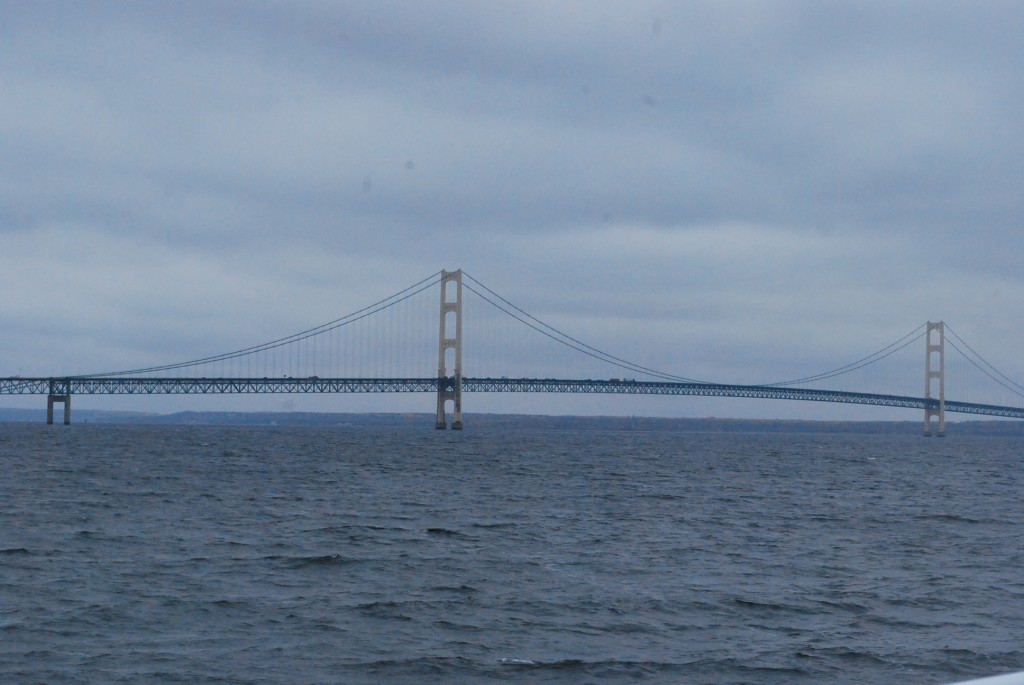 What does great fudge, the world’s longest porch, U.S. presidents and Hollywood have in common?   Mackinac Island.

World Footprints will take you on a journey to a little known crown jewel that sits in Lake Huron between Michigan’s Upper and Lower Peninsulas –Mackinac Island (pronounced “Mack –in-aw”).   The island was named by Native Americans in the Straits of Mackinac region who said that the island resembled a turtle.   They gave it the name  “Mitchimakinak” meaning “big turtle”.   When European exploration began in the 17th century French settlers used a version of the original pronunciation: Michilimackinac and the British later shortened the name to Mackinac.

Today’s show will explore the island’s rich history and how that is  being carefully preserved as a National Historic Landmark. When Europeans landed, Mackinac Island served as a strategic position amidst the commerce of the Great Lakes fur trade. This led to the establishment of Fort Mackinac on the island by the British during the American Revolutionary War.  Mackinac Island was also key in two battles during the War of 1812.

In the late 19th century, Mackinac Island became a popular tourist attraction and summer colony but the island still maintains its Old World charm.  It is well known for its numerous cultural events; its wide variety of architectural styles, including the famous Victorian-style Grand Hotel; the aforementioned fudge; and its ban on almost all motor vehicles.   (Golf carts are allowed but only on the golf course.)

Hollywood discovered the Grand Hotel on Mackinac Island and they have been the setting of two feature films: This Time for Keeps in 1946 and Somewhere in Time, filmed at the Grand Hotel and various other locations on the island in 1979.  Mackinac Island has been written about and visited by many influential writers including  Mark Twain, Henry David Thoreau, Bill Bryson, Margaret Fuller, Herman Melville and Alexis De Tocqueville, among others.

As we will hear,  U.S. Presidents and politicians from around America and the world have enjoyed respites on Mackinac Island.  The Grand Hotel has honored these visits by designing some staterooms with the assistance of a few former First Ladies.