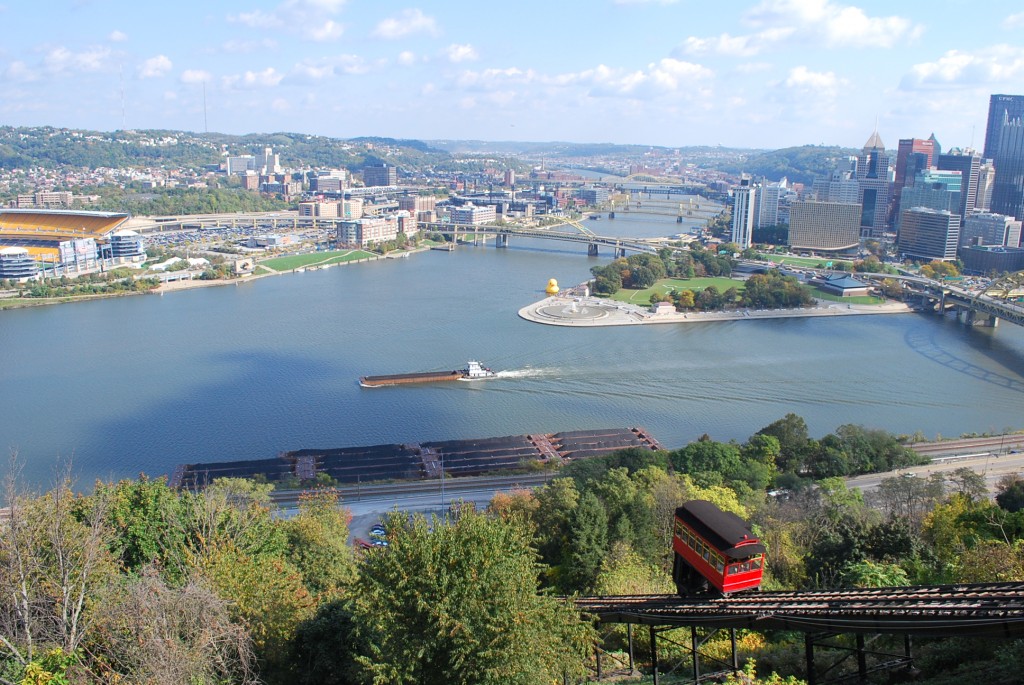 The famous biographer, James Parton, once referred to Pittsburgh, Pennsylvania as “Hell with the lid off”, but today the city is vibrant, colorful and celebrated.

Pittsburgh was a main destination of the African-American Great Migration and that southern exodushern exodus produced a cultural mecca in the Hill District. The community inspired playwrights, musicians and Hollywood as it was the setting for the television series “Hill Street bBues”.   Marimba Milliones from the Hill Community Development Corporation tells us that remnants of the Hill District’s cultural mosaic during it’s hey-days from 1920 to the 1940s, can be seen today in landmarks that once housed synagogues and other places of worship, and in the architecture of some of the historic structures that accent the community.

Built in 1907 along the Monongahela River, Carrie Furnaces 6 and 7 still stand tall and they offer a rare look into early 19th century iron-making technology. Since the collapse of Pittsburgh’s steel industry in the 1980s, the Carrie Furnaces remain the only non-operative blast furnaces in the area.