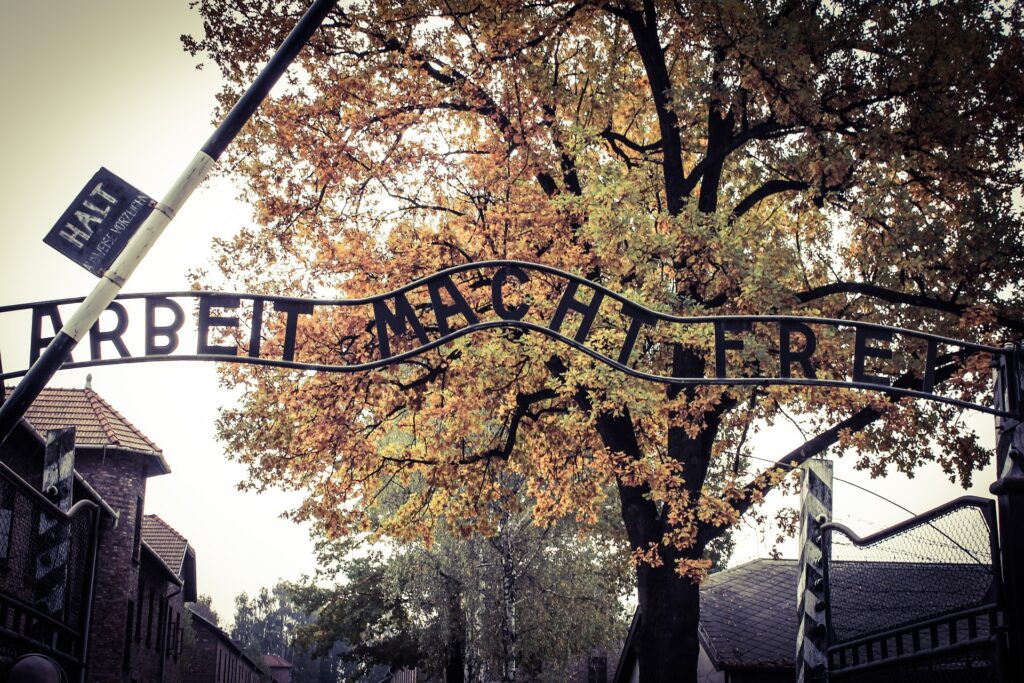 One of the best parts of traveling is discovering the history of the place you are visiting. I like to consider myself a bit of a history buff, so when I booked a weekend trip to Auschwitz in Poland while studying abroad in London, I knew I would spend most of my time learning firsthand about World War II. I had read too many books to count by that point, but I was still so excited to get an “in-person” lesson. My weekend trip was mainly jam-packed with tours, eating, and Christmas markets… but I like to visit meaningful places while traveling, so I knew I wanted to visit a former concentration camp.

I had previously visited the Holocaust Museum in Washington D.C. and the Holocaust Exhibit at the Imperial War Museum in London. I learned so much through these places, but nothing can compare to visiting the actual place where history occurred. I decided to book a day trip with a local tour company to visit Auschwitz-Birkenau I and II.

The day began with a 1.5-hour drive outside of Krakow. We watched a DVD on the way that provided basic information about the Holocaust. We first arrived at Auschwitz I, and the infamous sign reading “Arbeit Nacht Frei” (work sets you free) greeted us as we stepped foot on the former military barracks. It was so surreal to be standing in the place where less than 80 years earlier, people entered the premises, unaware of what their future held. Since the buildings originally were military barracks, they sat extremely close together and the entire camp was condensed into a small area.

The buildings at Auschwitz I never got demolished, so the guide led us into one of the crematoriums. As I stepped foot into the building, I could feel the darkness of the place. I looked around and thought how much fear this room contained. I imagined prisoners standing in the room, unaware of what would happen next. I looked at the walls and was intrigued by a Star of David etched into the stone… all I could think about was how this demonstrated such an intense faith. Even in the face of adversity, so many people chose to cling to their faith.

We exited the crematorium and walked through one of the barracks that was set up exactly how it would have been during the Holocaust. Straw mats covered the floors, and dozens of prisoners slept on them surrounded by so many other people. We eventually entered a hallway lined with photos of former prisoners. Each one listed their birth date, day of death, and occupation. It was heartbreaking coming face-to-face with these people and trying to understand what occurred in this place.

The other buildings contained rooms full of recovered personal items people brought with them, including glasses, combs, pots, and pans. These were the only items people brought with them as they were shipped off to the camps. Our guide noted how this proves the prisoners had no idea what they would face. They thought it was necessary to bring cooking supplies and beauty tools because the Nazis hid the atrocities occurring in the concentration camps from the public eye. These were real items that victims of the Holocaust brought with them, items they thought were necessary to survive. These items connected us to the past, and they also offered a small glimpse into the lives of the people who owned them.

We piled back on the bus and drove a few minutes down the road. We reached Auschwitz-Birkenau II, the infamous camp frequently shown in movies. This one was much more expansive with buildings stretching as far as the eye could see. Since it was December in Poland, the temperature was low. We were greeted with brisk and ferocious winds, and there was a decent amount of snow on the ground. The weather heightened my emotions and forced me to try and imagine what atrocities people faced here less than 100 years ago.

I stood on the train platform that, just decades before, was where unknowing victims took their first steps into this atrocious camp. I looked around and saw just a handful of buildings that were still completely intact. I later learned that when the war was over, the Nazis tried to destroy any evidence that these camps ever existed. Remnants of one of the crematoriums sat on the far side of the camp, but most of the remaining buildings provided shelter to prisoners.

On the outskirts of Auschwitz II sat a beautiful memorial. It had many plaques in the front, each containing the same haunting message in different languages. The English one read, “For ever let this place be a cry of despair and a warning to humanity, where the Nazis murdered about one and a half million men, women, and children, mainly Jews from various countries of Europe. Auschwitz-Birkenau 1940-1945.”

This. Hit. Hard. It still brings tears to my eyes. I stood in the very place where these people walked. I walked on the same ground where people took their last steps. I saw the pots and pans that prisoners brought, the only remaining items connecting them to their previous lives. The emotions I felt that day were honestly indescribable. I encountered a mixture of grief, disbelief, anger, sadness, frustration, and honestly embarrassment. How, as one human race, did we allow this to occur? How do we still let our fellow humans go through atrocities?

Yet in the midst of this all, I was amazed to look around and see where the country now stood. Just decades before, this place was a death camp. Now, it educates visitors in hopes of preventing anything similar from happening again. We have made so much progress not only there, but around the entire world. While I was overcome with dark emotions, I also saw rays of hope.

It is difficult to comprehend how these horrors even occurred, but these camps are physical reminders that provide a look into the past. This day brought all kinds of complex emotions, but I am so glad I had the chance to face the dark side of history. It is up to people like you and me to continue to share these stories so history never repeats itself. If you get the chance, I would recommend visiting one of the former concentration camps. These visits are most definitely not your typical tourist activity, but they will become one of your most impactful. 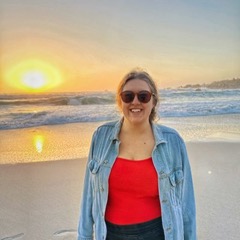