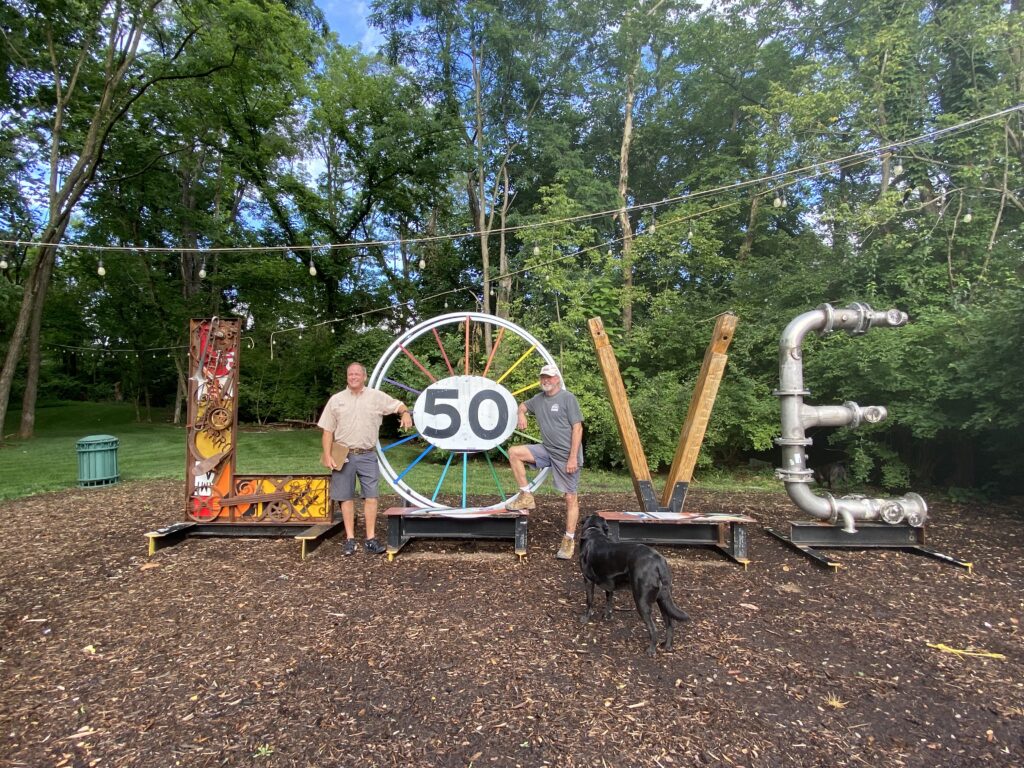 Perhaps one of the most memorable tourism slogans ever used, Virginia is for Lovers debuted in 1969 courtesy of a creative team headed by George Woltz of Martin & Woltz, Inc., an advertising agency that won the tourism account in 1968. No one knows exactly what the slogan means, but when you experience Virginia’s abundant nature, long-established music genres and engaging locals, it certainly makes sense. Of course, the state wouldn’t be for lovers if its cities and towns didn’t embody the same coveted qualities. Located in the southwest region of the state, Roanoke checks all the boxes.

From Big Lick to Star City

Surrounded by the Blue Ridge Mountains, this small city with roughly 100,000 residents was originally known as Big Lick due to the salt in the natural springs that attracted animals in the colonial era. Founded in the mid-19th century, the railroad brought wealth and commerce to town. Today, the railroad still runs through the city center and the sprawling Tudor-style Hotel Roanoke—originally built by railroad tycoons—welcomes travelers.

Walking along the brick sidewalks to the city’s historic market, a sense of pride emanates from the locals. A burgeoning foodie scene highlights farm to fork menus. Market stalls proffer the handiwork of talented local artisans as music spills into the streets.

Perhaps Roanoke’s best-known welcome sign, the Roanoke Star watches over the valley and surrounding mountains from its perch atop Mill Mountain. Standing 88.5 feet tall and weighing 10,000 pounds, this Blue Ridge icon began as a seasonal Christmas display in 1949. Talk about never taking your Christmas lights down; the star remains today and illuminates each night, earning Roanoke the nickname of Star City. While the star’s brilliance is certainly a remarkable sight, the true stars of Roanoke are its residents.

Among the local stars, you’ll find Robert and Mike of Black Dog Salvage. Literally stars of the TV series Salvage Dawgs, which aired for 11 seasons on HGTV, DIY, Discovery and Great American Country, Robert and Mike (and the dogs) never intended to start a salvage business.

In 1999, Mike needed a garage built, and Robert stopped by to give him advice. Having both served in the Navy, they discovered a kindred spirit. They also realized they shared a passion for historic landmarks. Lamenting about the pending demolition of a local 1892 landmark filled with architectural treasures, they made a salvage offer and embarked on a mission to save the house piece by piece. Mike wrote “SALVAGE” on an old vinyl sign, propped it up in a warehouse he’d rented and within moments, their first customer pulled into the parking lot.

Today, Black Dog Salvage exists in a 44,000 square foot warehouse near Roanoke’s Historic Grandin Village. The business has evolved into an interior design showroom featuring salvage-inspired furniture and custom upcycled designs. In 2018, they opened The Stone House next door to the main showroom. Built in 1911, this stunning completely renovated property serves as a testament to the talents of the Black Dog Salvage team in creating the salvage-inspired design. Their mission—on the show and in the warehouse—remains one of reclaiming, reusing and repurposing architectural salvage for a sustainable future.

Outside, the Dog Bowl serves as Roanoke’s newest outdoor music and event venue and the location for The Dog Bowl Concert Series benefiting local non-profits. It’s also home to the monthly Dog Bowl Market displaying the works of over 100 local artisans.

London Ray-Dykstra rose from a place of depression and weight gain in her twenties to become a beacon of wellness. A self-proclaimed non-gym person, London turned to a combination of mindful yoga and inspiring beat-thumping indoor cycle classes to restore her sense of self. Moving from Richmond to Roanoke in the fall of 2017, she was bummed to discover there were no studios for hot yoga or indoor cycling. With the encouragement of her husband, she solved the problem by opening her own studio.

Hustle/Haven provides a place where others seeking a non-threatening fun atmosphere to focus on wellness can thrive. With no drill sergeant instructors and a non-competitive environment, this welcoming haven prioritizes encouragement. Disco lights and energizing music provide an enthusiastic can’t-stay-still environment in the cycle classes. Hot yoga balances that energetic approach with a focus on emotional and mental wellness. It’s the kind of place you’ll want to return to repeatedly.

A Star of Hope

A young man with a vision, Xavier Duckett started the non-profit The Humble Hustle Company, Inc. after graduating from Old Dominion University in 2015. Growing up in Roanoke, Xavier was acutely aware of the challenges facing the black community. Desiring to make a difference—especially for the youth of Roanoke—Xavier’s company began an innovative program.

Surrounded by the Blue Ridge Mountains, Roanoke offers an abundance of opportunities for immersion in nature. Yet, the Black youth of the community rarely venture out of their neighborhoods. To combat this and to introduce inner-city youth to the benefits of spending time in nature, he launched Humble Hikes.

Humble Hikes aims to foster a love of the outdoors in all young people. Program participants are exposed to hiking, kayaking, fishing, camping and mountain biking. Along with these outdoor adventures, the youth participate in educational enrichment through recycling skills, outdoor cooking, plant and tree identification and environmental justice.

Overcoming challenges on a difficult hiking trail teaches mental and physical perseverance. Valuable life lessons emerge from these experiences with the mantra “never give up” at the forefront.