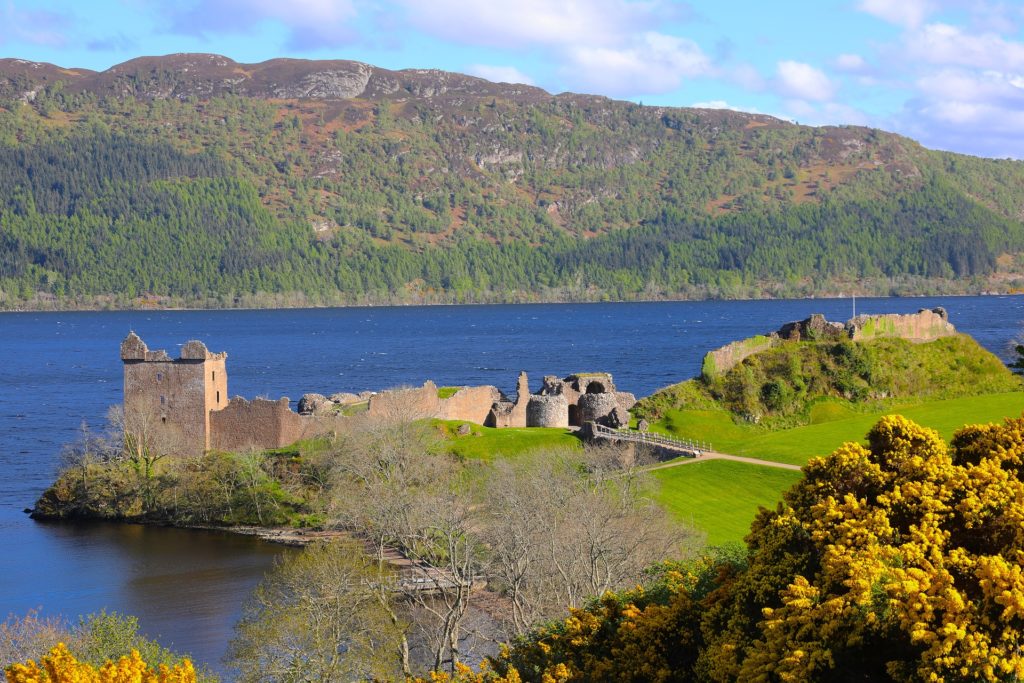 The Scottish Highlands are a place of ancient history, stunning natural beauty, and magic. Among the older generations, some claim that high in its earthy hills you’ll find the homes of creatures only heard about in legend. Tales of heroes, monsters, and faeries color its villages, giving them an air of mystery and making it feel as if you might catch sight of something wonderful around the very next corner. It was during an expedition into the hills surrounding Loch Ness that I found a bit of this hidden magic.

The Monster of Drumnadrochit

Growing up, I was obsessed with tales of the Loch Ness monster. I watched at least a dozen documentaries in which intrepid monster hunters scoured the Loch searching for the beast, always hoping they might catch a glimpse of its hump breaking the surface of the water. They never did. But perhaps it was this memory of childhood fascination that drew me to Drumnadrochit.

The largest village around Loch Ness, the residents of Drumnadrochit have embraced the legend of the monster, affectionately dubbed Nessie, and use it as a draw for tourists. In the center of town, you’ll find the Loch Ness Centre and Exhibition, which explores the mystery through a multi-media experience that walks the line between the factual and the fantastic. Up the road is Nessieland, a small theme park for kids that boasts the largest Nessie statue in the world. Both locations offer daily boat tours.

Despite my childhood obsession, (or perhaps because of it), I declined to venture onto the Loch itself. Instead, I opted to explore the surrounding hills. After inquiring about local hiking trails, a worker at the hostel I was staying at told me about Meall Fuar-mhonaidh. Meaning “cold rounded hill” in Gaelic, Meall Fuar-mhonaidh is the highest point around Loch Ness. From its summit, the hostel worker told me, you can see much of the Loch, Glen Urquhart, and even all the way to Ben Nevis, over 40 miles to the south. My interest was piqued. I resolved on setting off in the morning.

A Long Hike up the Cold Hill

Heading south down A82 from Drumnadrochit, the road slowly curves east. On the right-hand side is Blairburg Park where many local events are held including the region’s annual Glen Urquhart Highland Games, known for its kilt races. I passed picturesque farmhouses, scenic pastures, and the long collapsed ruins of old stone cottages, well on their way to being reclaimed by the Scottish countryside. As I approached the end of the blacktop, the trees on either side thickened. Soon after, I arrived at a five-bar gate with a sign indicating the proper start of the trail, reassuring me I was headed in the right direction.

I continued beyond the gate where the trail ran parallel to a patch of farmland on the right and a thicket of trees on the left. Directly ahead, Meall Fuar-mhonaidh jutted out from the landscape, giving me the first clear sight of my objective. Traveling on, the farm property ended and the path turned sharply left, heading straight into the treeline.

Instantly, it was as if I’d stepped into a fantasy world. Birch and hazel trees crowded around, packed so thickly that they created a shield from the wind, insulating the interior and causing the temperature to jump several degrees. Sunlight peeked through the canopy, warming the deep green grasses and moss surrounding the trail. Further in, a stream meandered along, bubbling happily as it made its way toward Loch Ness. If ever there had been faeries in these hills, this was where they lived.

The stone-studded path continued upward until the treeline abruptly ended. Suddenly, I was exposed to the cold winds and sporadic rain showers that had begun peppering the hill. Harried by the wet air, I walked briskly towards a deer fence and climbed over a large stile. On the other side, the path curved left along the ridge, steepening gradually. The hill was muddied from frequent showers and as I ascended the trail became less distinct, often vanishing into small bogs then reappearing again later. Eventually, it disappeared entirely, leaving me to navigate the hillside unguided. More than once, I nearly tumbled headlong down a slickened slope or became stuck in a patch of mud. Fortunately, the ground soon hardened, turning into solid rock where I could regain my footing.

Climbing the final leg, I noticed a mound of stones stacked on top of one another. The simple landmark seemed to indicate the hill’s summit. I headed straight for it. However, as I approached, another pile atop a higher peak appeared in the distance. Damp with rain and sweat, my legs now covered in mud, I made for the second marker. I reached it quickly and inspected the area, praying it wasn’t another false summit. Relief washed over me as I realized I had finally made it to the top of Meall Fuar-mhonaidh.

The View from the Top

The view was stunning. Loch Ness stretched out in either direction, the boats on its waters looking like children’s toys floating in a bathtub. On the opposite side, small pockets of rain showers could be seen falling on the rolling Scottish hills, unfolding in a panorama of interspersed yellows and greens, tanned browns, shadowy blues, and burnt reds and purples. Vast fields of farmland and wooded valleys were visible, speckled with small white homes and crisscrossed by thin, grey roads.

It took me some time to absorb this sublime beauty. For a moment, everything seemed still and a small shred of childlike fascination drifted back to me. I surveyed the Loch below, hoping I might catch sight of a strange wave or peculiar black mass protruding from the water. Unfortunately, it seemed Nessie would remain a mystery. 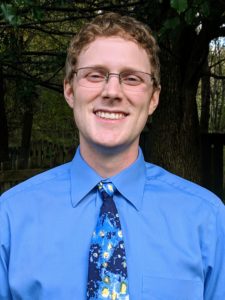 Daniel Baldwin is a freelance writer and former journalist from Washington DC. He is an avid traveller, a self-professed book nerd, and a music lover. Comfortable in both the quiet of nature and bustling cities, he enjoys hiking over mountain tops as well as through urban landscapes. He is currently working on a collection of poetry and dreams of one day completing a novel.