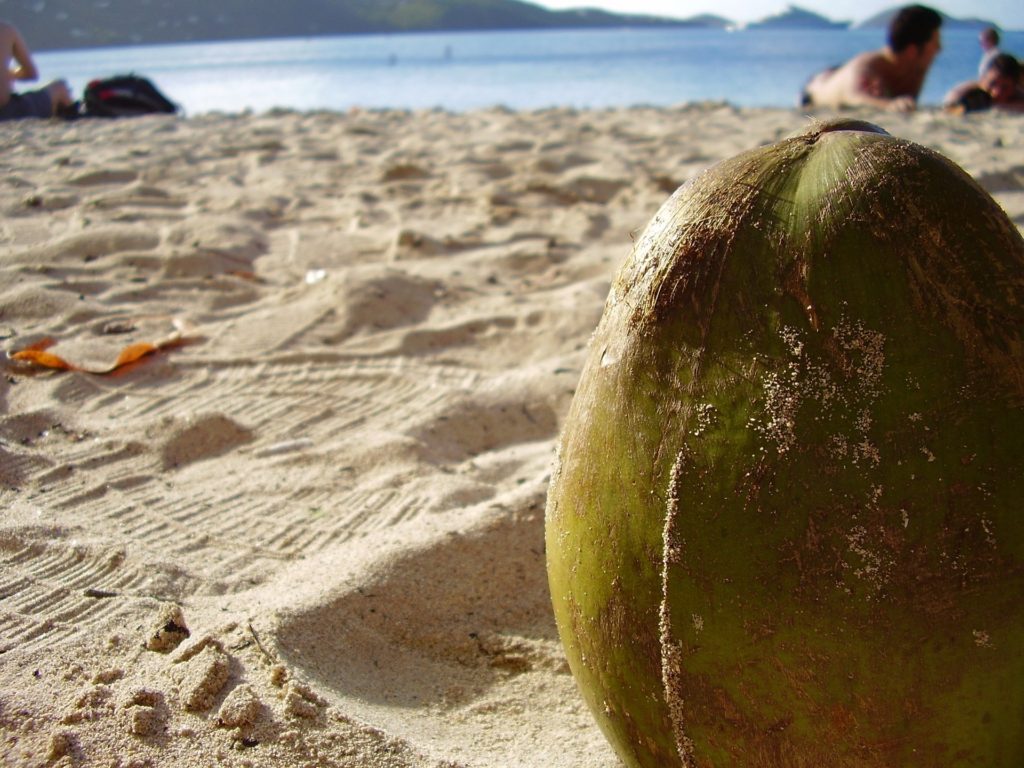 September 2, 2017, was a calm and sunny Saturday on the Dutch Caribbean island of Sint Maarten. In a small cluster of brightly painted shipping containers, a group of children gathered to play games, read books, and toss around a baseball. It was just another normal weekend at the Player Development Program, an afterschool little league and tutoring program for kids.

The kids, plus Player Development founder Tom Burnett, known to everyone as Coach, his wife, Lisa Burnett, and a few volunteers kept busy reading and writing for most of the morning, ignoring the long, ominous cloud they knew was the arm of the impending hurricane. As afternoon turned to evening, the kids went home to get ready for a school week that would not happen and Coach Tom and Lisa headed home to prepare for the storm.

On Wednesday morning, Hurricane Irma hit Sint Maarten with all the force and destruction possible from an angry category five hurricane. Around the world, people watched a live beach cam as the storm tore through the capital, Philipsburg, ripping up trees and roofs. As the winds grew stronger, the beach cam went black. Sint Maarten had lost all power and would be out of touch from the rest of the world for many agonizing hours. Residents huddled in communal shelters as the worst hurricane in island history destroyed the world they knew.

As the last gusts of Irma left the island, residents slowly streamed out of shelters to survey the damage. It was breathtaking. Overnight, the island had gone from an idyllic paradise to a heap of mangled ruins. The children from Player Development, many of whose homes had been damaged or destroyed and whose personal belongings were blown away, went to the PD clubhouse to see what was left. The demolished and soaked remains were devastating. Two of the four shipping containers were missing entirely.

“There is nothing to rebuild,” Tom told the PD community. “We are building.” In a room beneath the little league stadium, they recreated the clubhouse from the ground up. Soon, kids began to trickle back to PD.

Many of PD’s kids were struggling with serious losses. Every kid had survived a traumatic event. Their lives would forever be divided into two periods: before the hurricane, and after the hurricane.

For these kids, the reopening of PD was a welcome respite. It provided a constant in their lives, something that felt almost normal, despite its new location. Here, they could breathe in the familiar smells of Coach’s coffee and leather baseball mitts. They could read beloved water-stained books rescued from the mangled clubhouse. They could interact with familiar faces, and hear the comforting sounds of a baseball making contact with a bat or the scratching of pencils on paper. At Player Development, the kids were allowed to forget that they were victims and just be kids. In fact, Coach Tom was not about to let the children fall into a victim mentality. He had different plans. The kids would help other islanders rebuild their lives.

As nonprofits from all over the world began to search for a way to help the island, many of them discovered Player Development. The program began to receive mountains of donations. At the same time, in the wake of the mass homelessness, the government opened a makeshift shelter for people whose homes had been destroyed. The shelter was next-door to Player Development’s clubhouse, and soon residents found that they could meet their basic needs with the supplies at PD. The organization began to operate as a food and clothing bank. Donor organizations sent supplies to PD, knowing they would be responsibly distributed to people in need.

A new routine was established at the Player Development clubhouse. Each afternoon, the kids and adults set out a folding table at the entrance of the Little League park. Shirts were hung above the table, food stacked below, and all sorts of supplies filled its surface. Everything from books to toilets arrived and disappeared while the island’s population rebuilt their lives.

Transformed from Victim to Helper

As people from the shelter and the community took what they needed, the kids would stop their homework or games to run outside and refill the table. Some of the kids arrived at PD early every day to help set up the donation station. As word of PD’s outreach spread, more donations poured in from individuals and organizations. Before long, the kids were busy unloading pallets of supplies, sorting through boxes, and overseeing the distribution. Dozens of thank-you notes were sent to donors. Every kid participated in the outreach efforts.

As the kids found themselves in the role of helper rather than victim, they were transformed. The helplessness they felt in the wake of the storm disappeared, Coach Tom reported. They didn’t have a sense of dependency, but rather of generosity. As the months rolled by, they racked up volunteer hours. Many of the kids began to look for other ways to help. The little ones cared for new trees, planted to replace the ones ripped up by Irma. The older ones looked after an abandoned dog that had adopted the team as its new family. The kids even collected soda can pop tops to raise money for people in need of wheelchairs, and many of them wrote stories to raise funds for a project to renovate a historic train.

By the time a year had passed, the children’s volunteering had become so impactful that PD decided to become an EarlyAct Club, a children’s version of a Rotary Club. With their new official status and elected leadership structure, the kids gained even more confidence in their ability to change the world around them. This group of young hurricane survivors had done so much more than simply survive—they had stood tall, looked straight in the face of trauma, and declared that they would not be beaten down. Rather, they would rise in the face of difficulty and bring their friends and neighbors up with them.

It has been nearly a year and a half since the kids of Player Development endured the horrors of a category five hurricane. The program has drawn new kids and expanded its activities so kids can do art, use computers, practice gymnastics, and learn boxing rather than just baseball. This is a place where a child can learn to read or paint, to pitch a baseball, to be a good friend. Most importantly, though, this is the place where kids learn to change their community for the better.

Today’s PD kids are tomorrow’s island leaders, whether they choose to run for parliament, open a restaurant, or fix cars. They know they can make an impact because they already do. Hurricane Irma may have been their most terrible experience, but it was also their greatest opportunity to find their place as world changers.