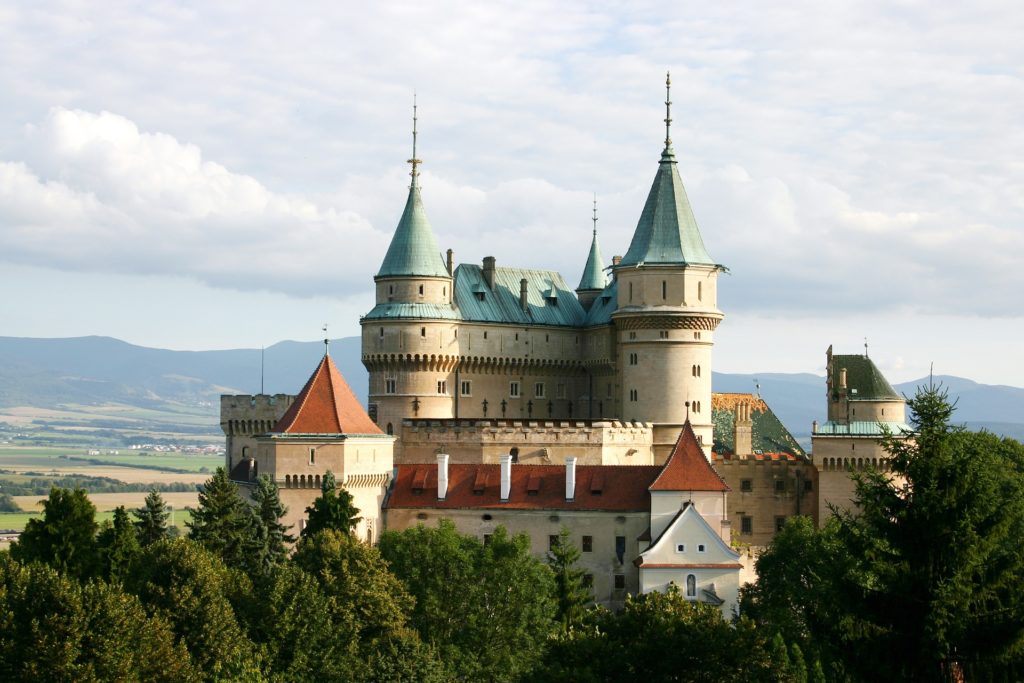 With spectacular mountains good for hiking and bicycling, dramatic castles, charming architectural cities, and a vibrant contemporary arts scene, Slovakia has much to offer tourists. Often overlooked by tourists for its neighboring countries or a destination only for its capital Bratislava, the entire country is worth exploring. Here’s a guide on five places to check out on a trip to Slovakia.

Bratislava is the capital of Slovakia and as such has plenty to offer visitors. It’s the cultural heart of the country with a wide selection of theatre, concert and ballet performances to enjoy. It also has a large concentration of museums. One highlight is Bratislava Castle, which houses exhibits of the Slovak National Museum and the Museum of History. Other great museums to visit are: the Museum of Arms; the Slovak National Gallery: and the Transport Museum.

It is one of the smallest European capitals, which makes it easy to spend hours wandering the charming medieval streets on foot. An evening stroll by the River Danube is also enjoyable. When the sun sets on Bratislava, the number of watering holes available will spoil you. The city is particularly famous for its brew-pubs; check out Hostinec Richtar Jakub and Starosloviensky Pivovar for great beer brewed on site.

The country’s second largest city, Košice, in the east of the country, has a beautiful historic center to explore. The main street, Hlavná ulica, restricted to pedestrians, is where the majority of historical sights are located. The top historical attraction is St Elizabeth’s Cathedral, a High Gothic church dating back to the 16th century. On the main street is the Beggar’s House, an Art Nouveau building that dates to the 14th Century. According to the lore, a career beggar with no other source of income used his takings to build a house in what was then a very exclusive part of the city. A man begging for alms stands in front of it.

Other highlights in Košice include the baroque State Theatre and the singing fountain, which can be found in front of it. The oldest singing fountain in old Czechoslovakia, the fountain begins its water display to the sound of a carillon of 22 bells every hour. If you visit after dark, you’ll also be treated to a light show synchronized with the music. As a bustling university city, there are plenty of restaurants, pubs, and cafes.

Arguably the most beautiful place in all of Slovakia, Banská Štiavnica is an old mining town built in the middle of a caldera created by the collapse of an ancient volcano. The town is small, home to about 10,000 people, but it’s advisable to take a good pair of walking shoes; due to its position in a caldera, there are lots of hills to go up and down. The town’s centerpiece is the Holy Trinity Column in the main square. Built to commemorate the end of the plague in the early 18th century, it features the figures of seven saints.

Other points of interest include: the Calvary, a complex of sacred buildings set on a hill overlooking the town; the Open-Air Mining Museum, focusing on the town’s industrial past; and the old and new castles, both of historical importance and greatly architecturally different from one another. Dating back to 1564, the new castle is a striking white square tower with a black roof. The old castle, part of which was built in the 13th century, was once a church before it was converted to a fortress.

A beautiful baroque town in central Slovakia, Banská Bystrica is a good place for the more active traveler. It’s surrounded by a number of protected natural areas, including the Low Tatras National Park, offering opportunities for hiking and skiing. It’s also a great place for cyclists; there are many bike paths in and around the city. However, the city itself is not without its own attractions. There are many monuments and buildings to see, such as the town hall, the clock tower, the black obelisk, and the unusual-looking barbican, once the fortified gateway built to defend the town’s castle and given a Baroque upgrade in the 18th century. The Slovak National Uprising Museum, detailing the Slovak resistance in World War II, is also worth a visit.

Outside of Bratislava, Nitra has one of the most vibrant cultural scenes in Slovakia. Many artists in the theatre, classical music and the creative arts, make their home here. It’s also the location of several festivals, including the Theatre Festival of Nitra and Cultural Summer in Nitra. Nitra also holds the title of being the oldest city in Slovakia, so you are guaranteed many historical sights. One highlight of the city is its Gothic fresco The Death and Coronation of Virgin Mary, discovered in 2012 in the St Emmeram’s cathedral in the castle grounds. The cathedral itself has a stunning baroque interior. In front of the castle, you will find the opulent, gilded Marian Column, erected in 1750 to remember the dead due to the plague outbreaks in the earlier part of the 18th century. If you like cafes, head to Sahara Cafe; it has 40 teas from around the world, shisha, and great coffee.

Slovakia is a hugely underrated country that is worth a visit. Before everyone else discovers the fabulous places that make up this nation, discover it for yourself.