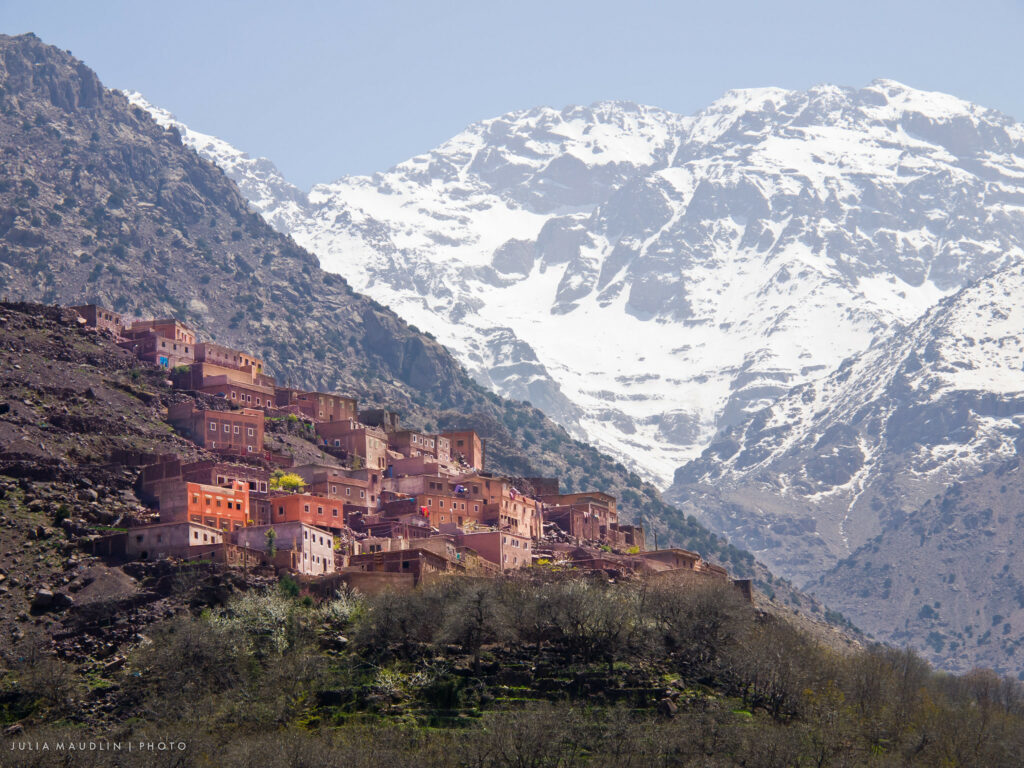 Standing at 4167 metres, Mount Toubkal is the tallest peak in Northern Africa. As prominent as it is (the highest mountain for over 2000 kilometres), Mount Toubkal is a popular, relatively safe and non-technical destination for hikers. In fact, Toubkal National Park attracts roughly 40 000 tourists per year!

This year, I was one of those tourists, but I didn’t reach the summit alone: I had my mountain guide, Ahmed, with me.  I won’t lie – for an experienced hiker like myself, the local law requiring me to hire a guide was initially a source of annoyance. It was only later, when I began to appreciate “slow tourism” as a movement, that I came to see my time with Ahmed differently.

Emerging in the late 1980s and early 1990s, slow tourism is an alternate form of travel concerned with a more authentic and responsible travel experience. It focuses on the discovery of nature and local traditions, and emphasizes sustainability by protecting the local environment and establishing an  income for local communities.

Slow tourism may be thought of as another facet of sustainable development. As the name suggests, it represents the desire to “slow down” and to discover the travel destination more deeply and more responsibly.

So what does slow tourism have to do with my Mount Toubkal experience?

My Toubkal trip began – as all of my hiking trips do – with loads of research. I gather information about the route I’d like to take, other people’s experiences, and so on.

But it was in the midst of this information gathering that I discovered that Toubkal was different from the other mountains I’d climbed in one important aspect: in order to explore the mountain, hiring a guide would be mandatory. In fact, there are actually three police checkpoints to pass on the way up, ensuring that tourists are properly accompanied!

This irritated me at first. I saw hiring a guide for what would be a non-technical hike as an unnecessary expense, and nothing more.

But I was wrong about this.

Hiring a guide for the Mount Toubkal trek was not always mandatory. It only became so in 2018, after two  Scandivian women were brutally murdered on the mountain in a gruesome terrorist attack.

The reaction of Moroccan people in response to this tragedy was of shock, outrage, and widespread condemnation. My guide, Ahmed, described vigils held for the victims in Rabat, Marrakech, and Imlil, and openly cursed the terrorists who attacked them.

He went on to tell me that as the economy of Morocco is heavily reliant on the tourism industry, any action that would discourage tourists from visiting in the future could spell ruin for locals. He himself described his anxiety following the attack: how many hikers would cancel their trip to Toubkal in response to this? And for how long would tourists stay away? Would his livelihood be threatened? Would he be able to provide for his children?

He was not alone in these anxieties. Apparently, making a guide mandatory in Toubkal National Park and establishing the police checkpoints was the government’s way of responding to the attacks, and ensuring that every tourist, from that point on, would be safe.

Recall the definition of slow tourism: a form of responsible travel which can establish sustainable sources of income for local people. I came to see the act of hiring a guide as a contribution to the local economy – one that had been deeply threatened some years ago – as well as an opportunity for cultural exchange.

Recall also that slow tourism concerns itself with environmental protection.  Once I was on the trail, I saw the way guides helped tourists respect the trail and the environment. For experienced hikers, the principles of “Leaving No Trace” – not leaving behind any garbage, not disturbing the natural ecosystems, and so on – are so deeply ingrained that we perhaps forget that novice hikers need to be taught these concepts, just as we once were.

So just how exactly did I spend my time in Toubkal? The trek I completed was intense, and most visitors should consider doing it in 6 or 7 days instead of 5. But for those, like me, who crave a physical challenge, here is the route that Ahmed developed with me:

On day 1, Ahmed picked me up from my guesthouse in the village of Imlil (at 1800m elevation) at 7AM. We began hiking up, and up, and up, and up, and managed to summit Toubkal by 4PM. Phew! A long day, but a doable one. We stayed at Refuge des Mouflons for the evening, at an elevation of approximately 3100m.

On day 2, we crossed over the shoulder of Toubkal Western Peak, and began our descent to Lac D’Ifni, a beautiful lake where we spent our second night. There is no formal accommodation here, but there are several shepherd houses – rough structures made of stone – where you can set up a sleeping bag away from the wind.

On day 3, I experienced my biggest physical challenge. The stretch we covered on this day would normally be done in two days, and I certainly understood why. From D’Ifni, we headed to the Berber village of Imhilene, where we restocked some of our food, and then pressed on to Azib Likempt: a route that spans over 20km, and sees an elevation gain of over 1300m.

Day 4 was more difficult than I anticipated, given how weary I was after the previous day’s challenge. We found ourselves crossing over the summit of Tizi-n-Likempt, at 3550m elevation, after a long, long switchback trail up. We descended Tizi-n-Likempt until we made it to the village of Tachedirrt, where we stayed in a gite (guesthouse) for the night. It felt very luxurious to take a shower after three nights spent in a tent! Dinner was a delicious vegetable tagine, a typical Moroccan dish consisting of vegetables baked in a conical roasting pan.

Day 5 was the easiest day by far, consisting only of a short downhill walk, mostly on the side of the road, from Tachedirrt to Imlil. We finished early in the day and in high spirits.

So what did I learn from the experience? Rather than moaning about the cost of a mountain guide, I came to appreciate all the good that hiring one does. It provides locals with a sustainable source of income. And ensures that tourists get proper instructions on how to care for the natural environment. It gives an opportunity for cultural exchange. And it gave me a chance to appreciate Morocco on a different, deeper level. 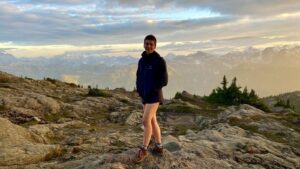