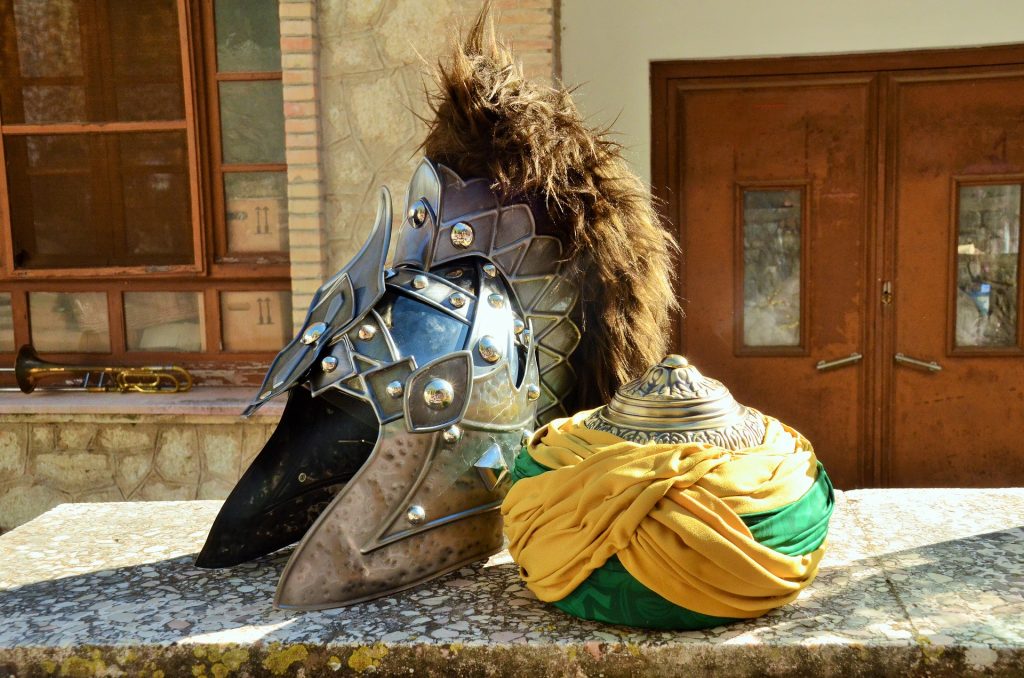 Strolling through the southern Spanish city of Sevilla on a sunny early spring day, the sweet smells of orange blossoms surround you as they waft through the air. These fragrant fruit trees flourish in the cobble-stoned streets and bring color to the beautiful Royal Alcázar of Seville.

This picturesque sight wouldn’t be possible if it weren’t for the Muslim kings that reigned over the Iberian Peninsula for centuries. Unbeknownst to many, several of the most quintessential Spanish cultural icons we cherish today can trace their roots back to a mighty Moorish nation called al-Andalus.

The Moor’s Rise and Fall

History has largely painted over the cultural and scientific contributions that the Moors had in Europe. They ruled over the Iberian Peninsula, parts of France, Malta, and Sicily for more than 700 years.

When the old Roman gods were forgotten, many countries had already converted to Catholicism. However, the Catholics coexisted with a large and powerful Muslim kingdom that exerted great control over Europe. These two religions clashed often but they also shared ideas, cooperated, and influenced each other in a way that seems almost impossible today.

By 1492, the Moors were defeated in the Reconquista, making Spain Catholic once again. Over the next decades, their population was driven out completely by the gruesome Spanish and Portuguese Inquisitions. Now, all these centuries later, their way of life, art, and ideas have left an obvious mark on the Spain we know and love today.

Their impact was so extensive, the Moor’s have left their shadow on modern Europe and western culture as a whole.

The shock of fragrant yellow rice is the unmistakable centerpiece of a mouthwatering, authentic Spanish paella. It owes its unique golden tinge to a rare and expensive spice, called saffron. Both saffron and even rice itself, a staple of Spanish cuisine, was introduced and cultivated in the region by the Moors.

Many fruit trees, such as apricots, peaches, pomegranates, lemons, and date palms are now key Spanish exports, also originally brought over by the moors. These additions have given Spanish food its zest and color.

Moorish architecture is a great example of classic Islamic art. Its buildings are categorized by horseshoe arches, motifs inspired by vegetation and nature, borders of calligraphy, narrow columns, reflecting pools, and beautiful tilework. Some of Spain’s most beloved and visited buildings were built by the Moors.

The best-preserved Moorish fortress is the Alcazaba of Málaga, home to trickling fountains, romantic gardens, and a stunning panoramic view of the coast and the Mediterranean Sea. The Royal Alcázar of Seville is frequently used as a film set, seen in Game of Thrones and Lawrence of Arabia, due to its idyllic courtyards.

Córdoba was the capital of al-Andalus and was the most modern city in Europe at the time. Hygiene and safety were a chief concern. It had more than 900 baths and paved, platformed sidewalks and bright street lamps hundreds of years before any other European city thought to use them.

Rising high above the flowing Guadalquivir River are the towers of the La Gran Mezquita (The Great Mosque), considered the finest example of European Moorish architecture. Completed in the 17th century, it was split in half for several decades in the 700’s, with one section for Catholic worship and the other for Muslims. This peaceful negotiation was halted by the year 784 when it was converted into a mosque. When the Catholics conquered the city in 1236, they converted this historic building into its current status as a Catholic Church.

Statues of Jesus and Catholic saints are proudly displayed next to Islamic style horseshoe arches, surrounded by borders of calligraphy with verses from the Koran, and a large columned praying hall instead of pews. This juxtaposition of two major religions is a prime example of the complex cultural history of Europe and is uniquely Spanish.

The stunning Alhambra sits atop a hill, watching over the charming Andalucian city of Granada. This city was the last stronghold of the Moorish kingdom. In 1492, when Granada ultimately fell after a brutal ten-year war to the Catholic Monarchs, Isabel and Ferdinand, their rule in Europe had finally come to an end. The city and its marvelous fortress-palace, the Alhambra, was surrendered.

Rebuilt to its current glory in the mid-13th-century, Alhambra is the Arabic word for the red one, named after its warm-toned stones that shine with the sunset. The chirping crescendo of the nightingales that call it home echoes through its numerous courtyards. Keyhole arches with intricate tiles open into gardens with blossoming flowers, fragrant fruit trees, and the relaxing trickle of running water flowing from the reflecting pools and adorned fountains.

After falling into disrepair throughout the centuries, it was eventually rediscovered and romanticized by British and American travelers in the 19th century. This newfound interest encouraged crucial renovations that helped make it the most visited monument in Spain today.

Although you may still spot Roman Numerals at the end of some fancy names (think Henry VIII), modern society has almost completely replaced them with the Arabic Numeral system. Education was highly valued in Moorish society and they were the first European kingdom to use the numeral system we all know today. In fact, algebra is even an Arabic word.

Complex equations are much quicker with Arabic numerals and neighboring countries quickly adopted the system. This caused science and math to improve in Europe and laid the groundwork for a scientific revolution.

Since the Catholics and the Moors lived side by side for so many centuries, many Arabic words and expressions have been adopted into the Spanish language. In Hispanic countries worldwide, you will hear people saying “Ojalá”, which means hopefully. This comes from the common Arabic expression, “ma sha Allah”, meaning “God will it”.

At a time when the entire European continent had only two universities, the Moors built 17 prestigious universities in Spain alone. The founders of both Oxford University and The University of Paris were inspired to bring higher education to their countries after visiting the Moorish kingdom.

This interest in education for everyone spread throughout Europe. The European Renaissance began around 1300 AD and the Moors were in power until 1492. Their scholarly pursuits had a direct influence on the beginnings of this crucial movement that inspired some of history’s greatest thinkers. When Cervantes wrote the first modern novel in the early 15th century, Don Quixote, he told it from the point of view of a fictitious Moorish author.

On your visit to Spain, keep an eye out for Moorish influences, you might be surprised by what you find. Many travelers are drawn to them since they stand out from much of the European styles.

2 thoughts on “Spain As We Know It, Thanks to the Moors”