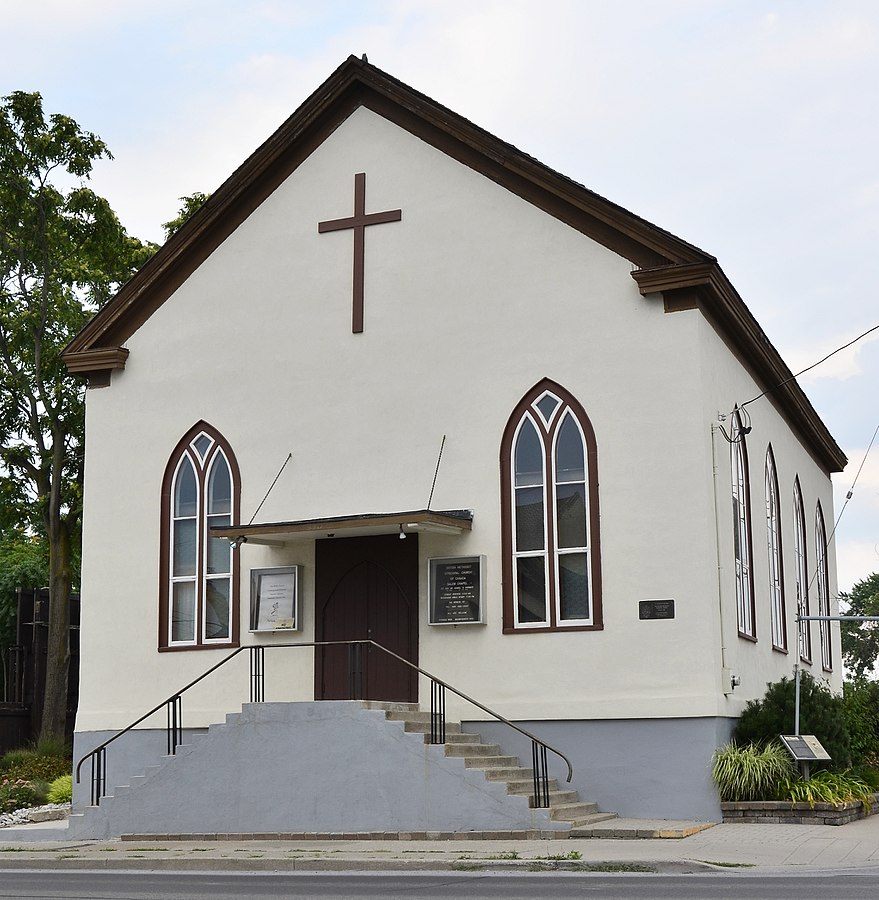 Southern Ontario is known for its thundering falls, flashy nightlife, and incredible wine country. However, this area of Canada has a lesser-known historical significance that goes far deeper than any of these things. You are probably familiar with the Underground Railroad which led many American slaves to freedom, but you may not know that it ended in the small town of St. Catharine’s, Ontario. Come with me on an exploration of this proud history!

It is Sunday morning on a bright day in July. As the small congregation of the Salem Chapel streams into the church dressed to the nines and illuminated with bright smiles for all passersby, our Caribbean little league team gathers around a bust of Harriet Tubman. “Who can tell us about Harriet Tubman?” asks Coach Tom. Tristan, a bright nine-year old with a sharp memory, passionately spouts off a dozen or so facts about the great leader. Although these kids are from a Dutch island thousands of miles away, they feel a special connection to the history of Harriet Tubman. Perhaps it is their common heritage. Tristan in particular is practically giddy with excitement from standing at the last stop on the Underground Railroad. Below our very feet is a secret room where former slaves finally found rest on their final stop to freedom! We all feel the magnitude of this sacred place.

Although this public school doesn’t have any historic importance as far as the Underground Railroad goes, it’s a great place to go and honor the work of its greatest conductor. A statue of Tubman sits at the entrance to the school, and our group uses this as a forum for discussion about Tubman. “Wow, I thought she’d be bigger,” remarks one boy. Everyone laughs at his observation, but soon the conversation turns to more serious topics. One by one, each boy takes a turn sharing what he remembers about Tubman. At the end, our local guide, a Rotarian named Lezlie, fills in the gaps. St. Catharine’s was not only the last stop on the Underground Railroad, she tells us, it was Tubman’s headquarters for many years. Around 1950, Harriet moved to St. Catharine’s, where she lived between rescue missions. She lived in the town from about 1850 to 1857 in a house not far from Salem Chapel.

A short drive away, we arrive at the Welland Canal Centre. If you’re as interested in canal locks as our group is, you’ll find this place perfectly fascinating. However, the adjoining museum is no less interesting. While the museum is filled with odds and ends of Canadian history, the items of most interest to our group of boys are in the Harriet Tubman display. Despite all the time we spent learning about Tubman in preparation for this trip, each of us still learns something new about her. If you think you know your Underground Railroad History, put it to the test at the St. Catharine’s Museum!

While St. Catharine’s may not be a famous tourist attraction, it is one of the most amazing historic sites you can ever visit. This sleepy little town rocked the culture and changed the face of the world as we know it! Next time you have a chance to take a trip to Canada, head to St. Catharine’s. You’ll experience a priceless piece of North American history.