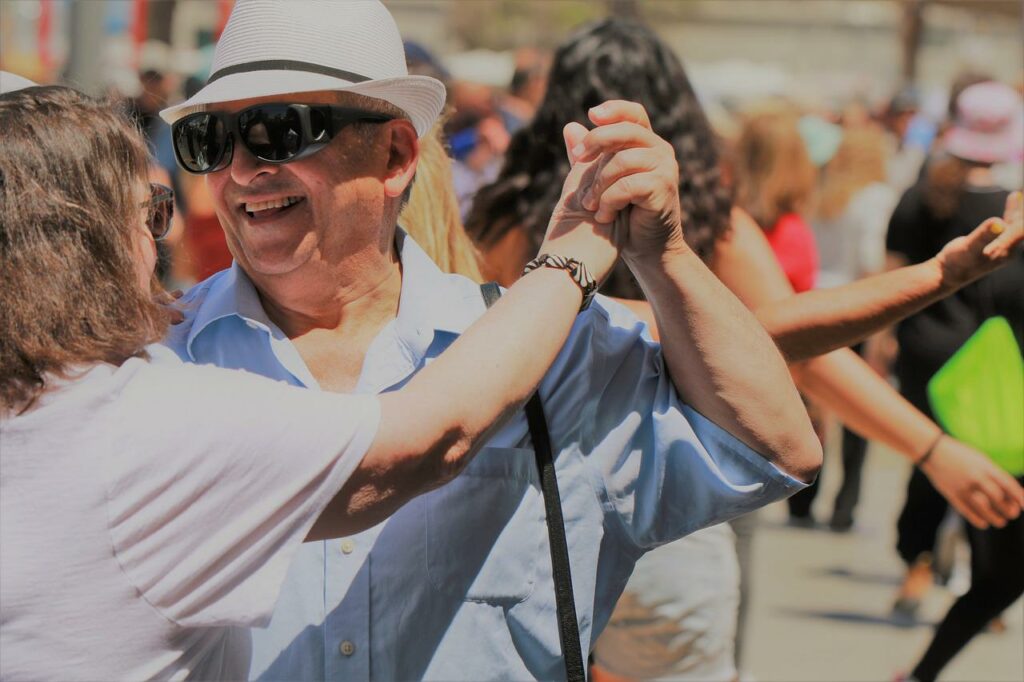 By Tonya Fitzpatrick | May 20, 2022 The WorldLifestyle

The heat is on! Summer is here in full force so pay attention party people. We’ve been stuck inside longer than a winter season and many of us are ready to party like it’s 1999 (and beyond). So for those eager to get a groove on you don’t have to look further than these 12 party spots north of the equator. This list is just a tip of the iceberg but these are some of the favorite party destinations and a few might be surprising.

Here is the list of 12 of the hottest party destinations. Plan, grab your passport and party on!

This city is recognized as the “party capital of the world” because of the world-class DJs performing at some of the most exclusive clubs. Ibiza attracts millions of visitors each year. A diverse range of bars complements the popular club scene. Ibiza also hosts Ibiza Rocks, an annual live music festival. This is a party location that everyone should visit at least once in their lives.

In Berlin, the parties never seem to end. There are enough pubs to keep you going since drinking appears to be more religious practice. The arena is constantly packed with revelers. Cafes and restaurants are open 24 hours a day, while nightclubs cater to hedonistic crowds into the early hours of the morning.

Don’t believe the stereotype that Amsterdam is a sleepy place. Numerous fantastic bars promise a lot of fun, and events like the Roots Music Festival, the Holland Festival, the crazy Gay Pride march, and music concerts on canal stages are all held during the summer months.

Surprised? What else would you expect from a celebration of National Beer Day? Iceland has gorgeous “white evenings” in the summer, with 22 hours of sunlight, allowing you to party all night without feeling like pulling an all-nighter. Reykjavik has a vibrant music culture and a weekly bar crawl known as runtur. So, for a wonderful time, run-“tur” Reykjavik.

The party scene in the British capital is not for the faint of heart. Instead, London has it all; the British get dirty in clubs that cater to all tastes — from gigantic club nights at Fabric to addictive hip-hop at Cargo to funky and eccentric burlesque bars.

Before you travel to Ios, get plenty of rest because navigating the party scene will take a lot of energy. It is the Cyclades islands’ party center and appears to be a refuge for millennials. Chora is known for its late-night parties that last until the early morning hours, but there are plenty of restaurants and pubs to visit once you’ve had your fill of dancing. There are also numerous stunning beaches where you can get a little nap before heading out.

Oh boy! Prepare yourself for a crazy ride in Tel Aviv. It is one of the most popular LGBT tourism destinations in the Middle East, including some of its hottest nightclubs. Tel Aviv is regarded as “the city that never sleeps” for a reason. It has a hot nocturnal owl playground, not for the faint of heart. There are numerous beachfront parties, underground clubs, and generous bartenders who drink generously…sounds like a wild time!

The nightlife in Miami is quite hot! What else would you expect from a city with such a diversified population and year-round warm weather? It’s always summer in Miami, and the party never ends, so get ready to bump and grind while sipping mojitos next to gorgeous beaches and people.

Las Vegas is illuminated 24 hours a day, seven days a week, and it can be seen from miles away. Don’t inquire about what occurs in Vegas since whatever happens in Vegas stays in Vegas, but it’ll almost certainly involve… well, use your imagination—named its Sin City for a reason. You may enjoy a pool party atmosphere at the Wet Republic in addition to all of the hot Vegas performers (in the MGM Grand Hotel). If you’re desperate to try Lady Luck, there’s always the roulette and craps tables, but be warned: you’re more likely to depart with a lighter Waller.

There seems to be a nightclub or lounge on every block in this city that never sleeps. There’s never a shortage of things to do in New York City, from Harlem lounges to celebrity-packed nightclubs to small Village jazz bars. 4 a.m. hunger pangs? Gray’s Papaya, which is open 24 hours a day, is a great place to get a slice of pizza or a hot dog.

You can visit New Orleans (NOLA) at any time and participate in a celebration. At any time of year, New Orleans finds a reason to celebrate something. This city never stops! Most travelers visit Bourbon Street, which has a plethora of clubs with live music of many genres—zydeco, jazz, country, and so on. Furthermore, finding a bad lunch in New Orleans is difficult. The meal is delicious, and the drinks are plentiful. The LGBTQ+ bars are concentrated in the 800 to 600 blocks of Bourbon Street.

Try the hurricane, a native drink, and then count backward from ten. You might not be aware enough to count past six. Yes, it’s that powerful. If you want to hang out with the locals, Frenchman Street is the place to go. There are some well-known jazz clubs, such as Preservation Hall and other smaller venues with excellent local music.

Cancun is a Mexican city in southeast Mexico. It’s a lovely place with stunning scenery, beaches, glitzy nightlife, resorts, and sightseeing. The “Zona Hotelera”, an area that holds all-inclusive resorts, international restaurants and great beaches, is famous for its noisy parties and other entertaining events. Tourists and visitors refer to it as the ‘Party Zone,’ while locals refer to it as the ‘Tourist Zone.’

The Zona Hotelera is located in Cancun’s western district and is home to some of the city’s trendiest clubs and nightclubs. It’s open when it comes to drinking and partying all night throughout the first two weeks of March (Spring Break for students in the United States). During Spring Break, travelers flock to Cancun for a more exotic and intensive experience.

Who has been where and what has your experience been? Leave a comment below.