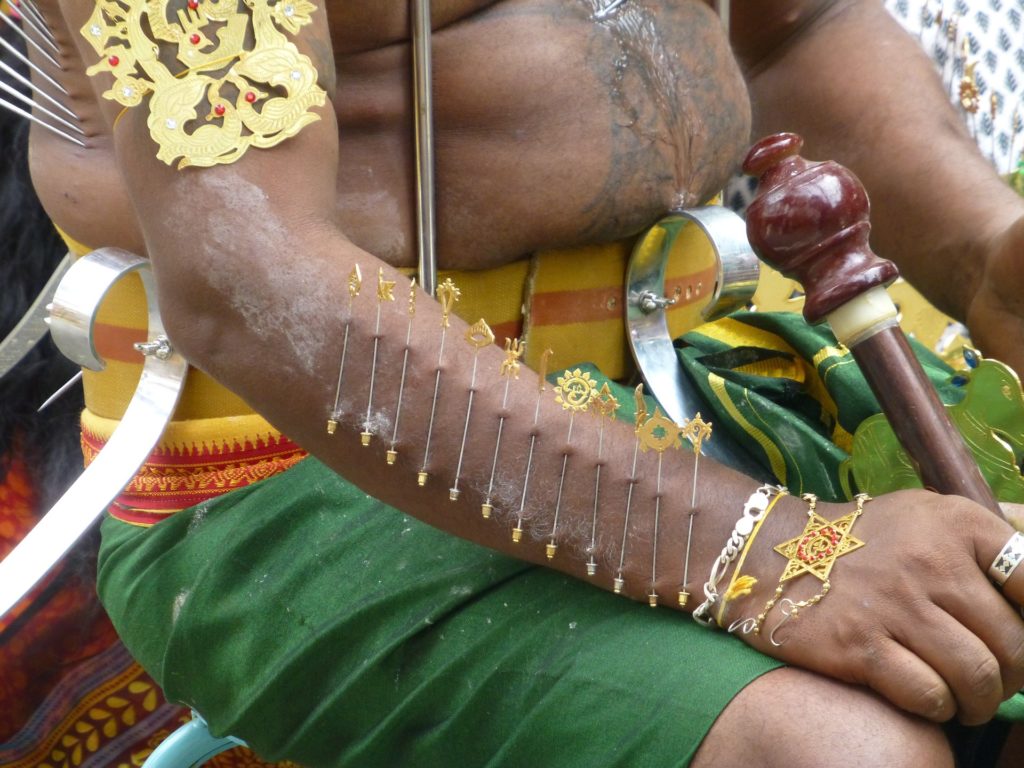 Each year in January or February, over 1.6 million devotees and visitors make their way to Malaysia’s most popular Hindu shrine at the Batu Caves, to join in celebration for their religious holiday Thaipusam. The shrine is dedicated to Murugan, the God of War, and the exciting festival is the largest gathering in multi-racial Malaysia.

The climb up to the Batu Caves is a hard one, with 272 steps. However, thousands of worshippers, locals, and tourists gladly take the trek which is filled with dancing and fabulous color, in order to reach the “Cathedral Cave.” The cave is teeming with lavish Hindu shrines, and is over 300-feet above ground.

This gathering is just outside the Malaysian city of Kuala Lumpur, with Murugan as its focal point. The story behind the festival’s start is an intriguing one, and like many god-related tales, is one of good triumphing over evil. Thaipusam is a commemoration of events in Hindu history, and devotees honor and praise Murugan in remembrance of the time Parvati gave Murugan a vel—spear, so he could destroy Soorapadman, the evil demon.

Thousands of devotees take their celebrations a few steps further by observing penance as an act of devotion. Many pierce their cheeks or tongues with vels, or steel rods that are long and shiny, they also stab their backs with hook-like needles and, many carry heavy kavadis—burdens, or decorative frames on their shoulders. It is believed that the greater the pain inflicted, the more god-earned merit, so those who consider themselves most devout will often perform multiple acts of penance to prove their worth to Murugan.

As worshippers cleanse their bodies of sin, patrons from other religious, and tourists, travel alongside to witness one of Malaysia’s religious highlights firsthand. Often devotees are discernable from the piercings found on their faces and upper bodies, and the kavadis they carry.

If you’re a visitor but want to take part in a way other than dancing or cheering, consider carrying a pot of milk as penance.