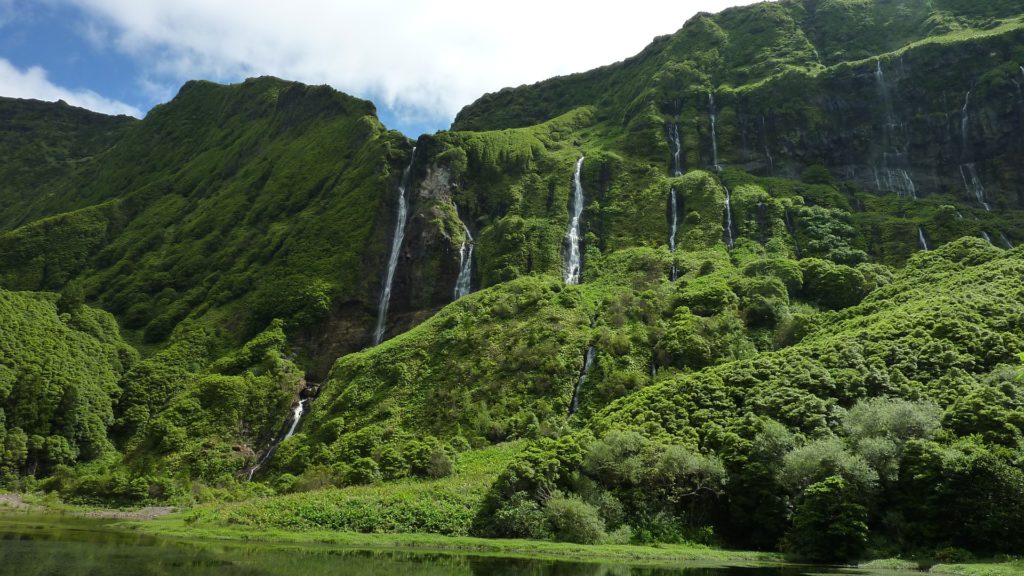 For travelers who want to visit a place that’s a little off the beaten path, consider Azores.

The Archipelago of the Azores already has a few claims to fame, one of which is having the coveted mark of a UNESCO World Heritage Site, for its historic town center, Angra do Heroísmo.

Over the years, this autonomous region of Portugal has been somewhat forgotten as a viable European tourist destination. Most that end up in the archipelago do so because of emergency landings while on their way to another destination. It’s a shame too, as with intricately romantic architecture, hundreds of volcanoes, hot springs, lakes, exceptionally rich soil made fertile due to volcanic activity, numerous plants including tea, and breathtaking landscapes, it is an exotic location that should not be missed.

While there, visit Vulcao dos Capelinhos, an exhibition about volcanoes that followed a 1957 eruption that shook the island of Faial. The exhibition stands at an old light house that was nearly buried by magma and dust, so that the first floor is now actually underground. Don’t worry about travelling there however, as though the volcano is occasionally active, the last eruption Azores experienced was in 1963.

You can also visit the whaling museum, as though it’s not a current practice, the archipelago was once known for whaling.

If you’re not sold yet, here’s some more to get you ready and packing. Nine volcanic islands make up Azores, and there are approximately two hundred and fifty thousand citizens. The youngest island is Pico (ca. 300,000 years old), but age has nothing to do with standing out, as Pico’s volcano is 2,351 meters, and the tallest Portuguese mountain.

The largest Azores Island is Sao Miguel, which is the autonomous government’s seat. Here you will also find a university and the gorgeous Nossa Senhora da Esperanca convent. As there are nine different islands, there’s no real capital city, and all office buildings are found on varying islands.

Take advantage of this little-known tourist’s dream, and enjoy the many activities available to you like whale-watching, blue marlin fishing, diving, surfing, hiking, and trekking.