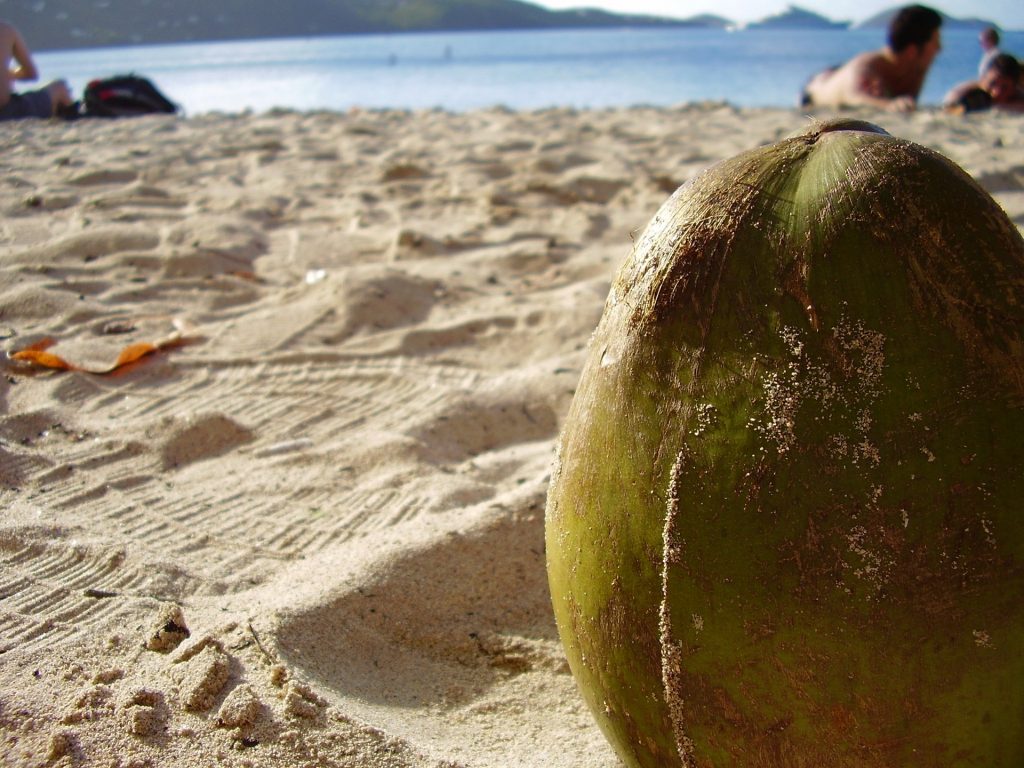 By Breana Johnson | May 17, 2022 United StatesInsights

I held on to the apple for a moment, enjoying its weight in my hand. Even more than the feel of the fruit, I enjoyed the fact that it was going to cost me less than two dollars per pound. After living on a Caribbean island for two years, where everything cost at least twice as much, affordable fruit felt like a dream come true. I hate Wal-Mart, with its crowded aisles and blistering overhead lights, but I was excited to buy something there without buyer’s remorse. I placed the apple on the conveyor belt and watched the cashier ring it up. He told me my total. “Do you have chip?” He asked. Chip? I looked at my purchases. No potato chips, corn chips, or even poker chips. What? I stared at him blankly. “Chip,” he repeated, “To pay for your groceries.” Good heavens, I thought, are we getting implanted with the Mark of the Beast now?

Returning Home to a Changed City

Becoming an expat in Sint Maarten was hard, with culture shock taking the wind out of my sails for days at a time at the beginning. It is a beautiful island, but the casual attitude towards time, the unfamiliar traffic culture, and my trouble communicating in the local dialect of English wore me down. Coming back home was supposed to be a breeze, but the chip episode was only the first of many repatriation struggles. While everyone in the States was securing their bank accounts with a credit card chip, island folk were still a-swiping their plastic long after my plane landed in Phoenix.

I had lived in the Phoenix area for 20 years, but after only two years of living overseas, I felt like a newcomer. New businesses had popped up in place of my old favorite hangouts. Friends of mine had gotten married, had babies, moved, bought homes. I, however, couldn’t remember how to drive to places in my hometown and had to rely on my phone for everything from Google maps to finding fair gas prices. Even more challenging than my changed hometown were my changed relationships. In a few cases, I found that old friends had changed so much I hardly knew them anymore. More disconcertingly, however, was discovering how much I had changed.

I am sure every repatriating expat discovers they have become a different person during their time overseas. For me, the experience was sharpened because aside from learning to adapt to the Caribbean’s cultural mold, I had done a lot of growing up in those years. When I arrived with my husband, I was twenty-one, had been married and out of the suburbs only a year. I had a whopping three months of post-college life experience. By the time we went home, I had not only learned a lot about being a grown-up, but had managed to adapt to life without Wal-Mart or six-lane highways. I learned to keep house, shop, cook, and clean in a totally foreign environment. I had been a foster mom. I was an online graduate student and had started a freelance writing career, no thanks to the challenges of spotty electricity and internet. I had learned to navigate the geography, social expectations, and lingo of a foreign country.

Most importantly, I had become a part of a society that was incredibly different than what I had experienced in the neat, landscaped rows of houses in my childhood neighborhood. Phoenix is a city where a nod of acknowledgement is about all you can expect from Nike-sporting, sports-car driving neighbors. In the Caribbean, I greeted everyone and received a greeting back as I climbed onto a bus, or stopped on the street to talk to acquaintances, or enjoyed conversation with prominent members of society, or practiced my flimsy Spanish skills with a hitchhiker riding shotgun. The Dutch half of Sint Maarten, where I lived, covers less than 15 square miles of the 37-square-mile island of Saint Martin. The whole island was the size of a small city, separated into neighborhoods and fishing villages. Everyone recognized everyone, and I found my place in this close community.

Re-entering the United States was a baptism back into anonymity. My accent no longer turned heads, nobody asked me where I was from. No famous people waved to me—not that I ran into them in the streets here, anyway! And no kids came running for a hug when I was out doing errands. That had become my daily norm, and it was hard to re-adjust. In a day, I went from tight-knit community to the glazed-eyed indifference of a giant metropolis. I had a hard time relating to the people I did interact with. I probably lost some friends during my first summer home, because I was a bit of a hermit. I found it increasingly difficult to relate to people and feel okay about interactions. What do you talk about with people who have no way to relate to the last two years of your life, and vice versa?

To be honest, I probably could have handled repatriation better than I did. Each time someone asked how my time in the Caribbean was, they expected accounts of beach days and rainbows. I did have those, sure. But my life had been made up of helping kids navigate the challenges of growing up as I volunteered with the local Little League and foster system, dealing with uncomfortable social situations and difficult culture barriers, battling our beat-up Mitsubishi Lancer, and walking through the ups and downs of life with both expats and locals. I found that as I talked about these things, people would usually listen politely but lose interest in the conversation. For a few months, I felt isolated by this and reacted by withdrawing. As time went on and I acclimated to life in the city once again, however, I realized some important lessons.

First, I accepted that it is OK to struggle with repatriation. Life had changed once again. I had to redefine my identity, in a way. Moving is always hard, and it was unrealistic to expect to slide right back in to my old life… especially considering I didn’t have my old job, home, or neighbors back. Secondly, I realized that it was totally unfair of me to expect everyone to understand my experiences when they had no way to relate to it. I couldn’t understand all of their life experiences, so why did I expect them to connect to this aspect of my life? I saved the deep conversations about the expat experience with other former expats and decided to spend my time with other friends learning to readapt to American norms. Slowly, life started to feel normal again.

Why aren’t we, as expats, having more conversations about how to deal with the fact that going back home is unexpectedly painful? We talk about our struggles as expats with overseas culture shock and how to laugh in the face of change. But we rarely talk about reverse culture shock, which is almost worse, since it’s so unexpected. What’s the solution to this struggle? I don’t know that there is one. If nothing else, it helps to be willing to laugh at yourself. Like anything in life, repatriation requires letting go of expectations and a holding on to positivity. If you can do that, you can survive anything… including when you no longer know how to pay for groceries!