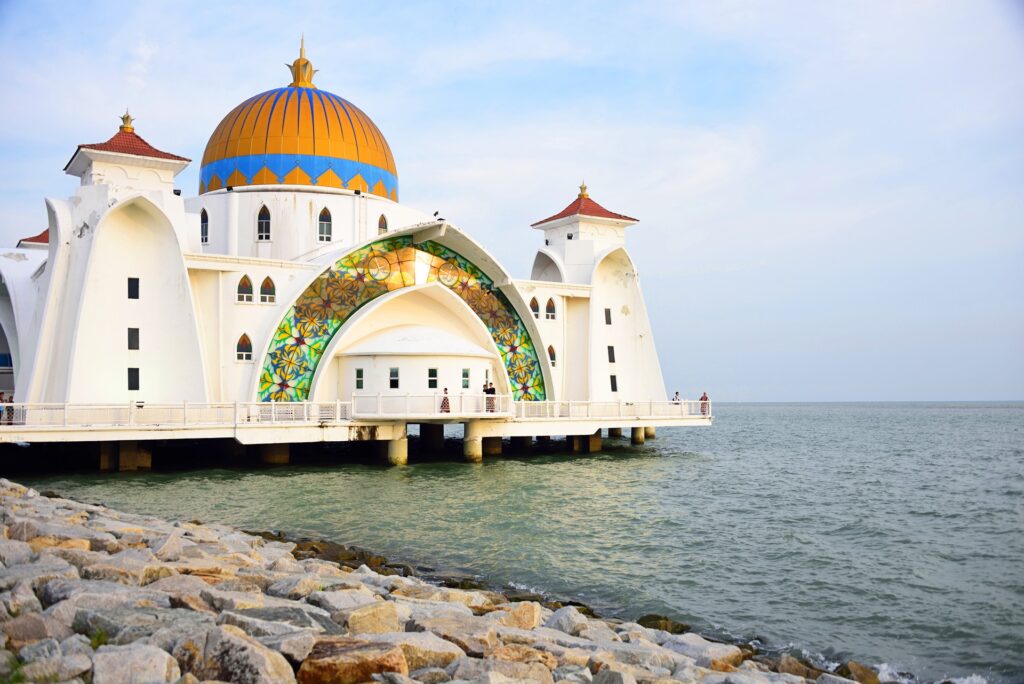 Southeast Asia is filled with cultural diversity, unique cuisine, and the most unbelievable panoramic views, such as tropical rainforests and seas. Located in the Southern region of the Malay Peninsula is the state of Malacca, and the capital is Malacca City which UNESCO named a world heritage site in 2008.

This charming and magical destination should be on everyone’s bucket list as it boasts diverse religious architecture, bustling markets, street art, museums, and delicious foods to tickle your tastebuds. Let’s learn why your next vacation should be in the exotic state of Malacca!

The legend of Malacca

How Malacca was founded is an interesting legend. It is about a wealthy prince from Indonesia who wandered through the Malay archipelago to find his destiny. He unsuccessfully reigned over Temasek (now known as Singapore) and found himself on the Malacca coast.

According to the legend, the prince witnessed his hunting dogs getting pushed into a river by the mouse deer they chased. The prince realized that the weak could overpower the strong, and Malacca was a strong asset. He wasn’t wrong because the place developed into a powerful port throughout the years.

Malacca’s myths have notable foreigners such as the Chinese that served as Sultanate’s overlord. Legends say that the relationship between the Chinese and Malacca was friendly. The Chinese emperor loved Malacca so much that he gifted Princess Han Li Po to the Sultan. The Princess married Malacca’s Sultan at the time, Sultan Mansur Shah.

The legend of the Princess’s voyage is about the Chinese Admiral Cheng Ho. According to the myth, he would make frequent stops at Malacca, which was essential to developing and maintaining relationships with the Sultanate. As a result, there were temples built in his honor, and some are still standing to this day.

Th city has a beautiful, rich history filled with legends and myths, which are seen throughout the city. You can see traditional Malay and Chinese influences and British and Portuguese culture in their cuisine and architecture.

Visit the A Famosa, Foretrsse de Malacca, and see the beautiful remains of the famous Portuguese fortress, one of the oldest European remains in Asia. It was initially constructed in 1511 by Alfonso de Albuquerque, who led the invasion of the Malacca Sultanate. During the 16th century, A Famosa was home to the Portuguese administration and included four towers, five churches, hospitals, and elongated stockades.

When in the city, you have to see the Sultanate Palace. Located at the foot of St. Paul’s Hill, you will find the Sultanate Palace, which is now the Cultural Museum that celebrates Malay history in Malacca. Other notable places for every tourist include:

Along with Malacca’s natural beauty and history, you will find many festivals and events where you can gain insight into the people and their traditions. Colorful, diverse festivals and events can be found in every season. Cultures from every background join in harmony to celebrate their diversity and unity.

You can join in and celebrate the Chinese New Year and sing and dance the traditional lion dance. Maleka Chinatown gets lit up with beautiful lights, and local food will delight. Stay in some of Malacca’s many hotels and affordable rates. Southeast Asia is a dream destination that you can travel to and experience the multi-cultural cuisine, architecture, and celebrations.

You’re in for a treat if you haven’t heard about the Melaka Tropical Fruit Farm. Discover everything there is to know about fruit farming techniques and taste a variety of native fruits. Depending on what time of year you travel there, you can have rambutan, dragon fruit, pineapple, and coconuts. Then, visit the Malacca Butterfly and Reptile Sanctuary, or one of the many national parks and botanical gardens for a tranquil and relaxing visit. The Bukit Batu Lebah Recreational Forest is fun for the whole family as you can go caving, day and night hiking, and water diving!

Many myths and legends involve the island Pulau Besar located right off the coast of Malacca. You will find old tombs, eerie caves, and wells to get your skin tingle with stories from the past. These stories have been passed down through suspicious beliefs and tales from generation to generation. So, get lost in the history of this place and enjoy the multi-faceted Malaysian culture.