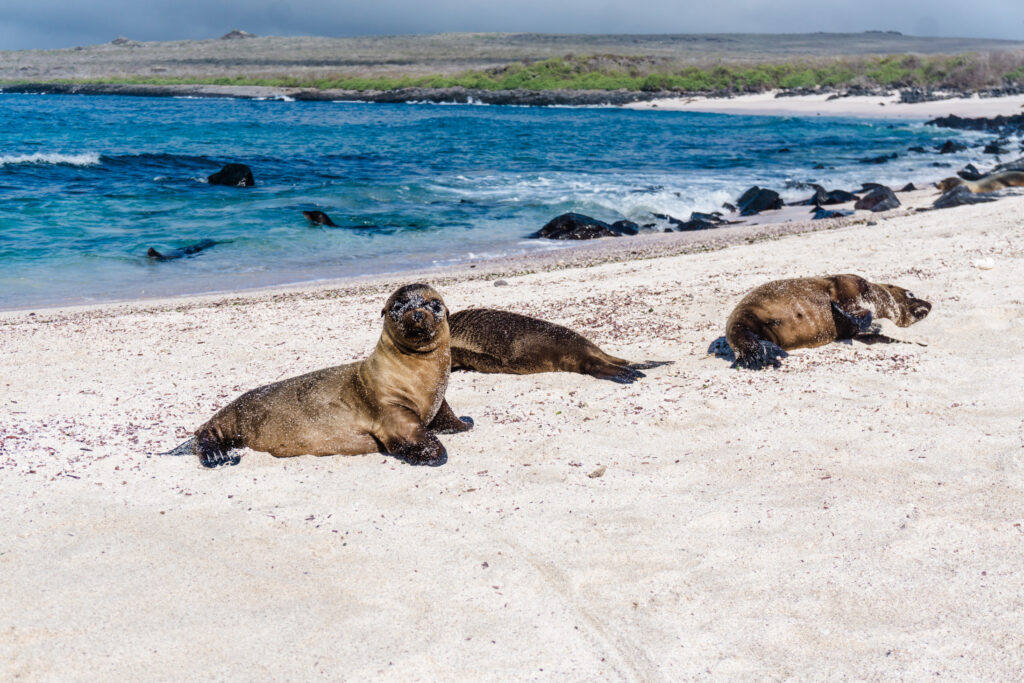 When people think of the Galapagos Islands, their minds are immediately filled with the enchanting voice of David Attenborough and vibrant images of tropical landscapes bursting with life.

These images remain even upon arrival, as you are often greeted by land iguanas, pelicans, and sea lions before you even leave Baltra Island, where the main airport is located. You arrive in Puerto Ayora or San Cristobal and marvel at how much wildlife exists before you in a seemingly urban setting. Your wonderment only grows once you start visiting the uninhabited islands. It is hard to look anywhere on islands like Española and Santa Fe without seeing a minimum of three different species at any given time.

But where there is life, there must also be death. If you truly visit Galapagos with your eyes wide open you are bound to see signs of it everywhere, from the chicks that lost out to their stronger sibling, to a male sea lion who lost his courageous battle with the alpha. You may even have a heart-shattering moment where you see a sea lion pup that didn’t survive being tossed against the rocks by the surf or a turtle decimated due to ancient beliefs that their blood contains healing properties. Sadly, none of these incidents are uncommon.

As hard as these moments of mortality are to see, they are constant reminders that the Galapagos Islands are not simply a tourist destination. They do not exist purely for your entertainment. The archipelago is not a zoo where you will only see animals in optimal condition and be guaranteed to leave with a smile on your face due to blissful ignorance about the realities of the wild.

The Galapagos may be a sanctuary of sorts, and a well-protected one at that, but it is still wild. Evolution and natural selection are still occurring here day in and day out.

The animals that are most willing and able to adapt survive.

Those that are not strong enough or unwilling to adapt? Well… we know what happens then. After all, Charles Darwin himself taught us that that is how nature works.

But what happens when something beyond Mother Nature interferes with these natural processes?

Many people are under the impression that because the Galapagos Islands are so heavily protected they must be immune to the impact of the horrible things plaguing our oceans and shorelines, such as commercial fishing and microplastics. Unfortunately, this is not the case.

During my week-long liveaboard cruise with Adventurelust and Enchanted Expeditions, I witnessed firsthand the impact of mankind on the Galapagos Islands. Despite going to remote islands with no human inhabitants, I was constantly returning to our yacht with a handful of plastic I had found on the otherwise pristine beaches. Bottle caps, plastic forks, pieces of styrofoam, empty milk gallons… you name it, I or one of my fellow passengers probably picked up at least a piece of it during our daily excursions. Finding these manmade items in such a wild and natural environment provides a stark realization that our actions have repercussions that go much further than we believe.

But sometimes it takes something a little more drastic to really grab your attention and force you to remove the rose-colored glasses.

Anyone that has visited the Galapagos Islands knows that there are sea lions everywhere. They are often just as curious about you as you are them, and they become especially playful if you jump in the water and blow bubbles for them. When you’re seeing more sea lions than humans for seven straight days, you learn to recognize the implications behind the different noises they make.

During our visit to Genovesa Island, we came across a few sea lions who took off in fright the second they saw us. It was the only time we had witnessed sea lions that seemed to have a visceral fear of humans and not just surprised to see us as they woke from a nap. I had yet to witness anything like this, and it immediately put me on edge. All of my senses became hyperalert, and with good reason.

I heard the heart-wrenching sound of a choking animal a few moments before I was able to see the source. In a nearby lagoon, we saw two sea lions: one worked up and making the agonizing sound, and the other hopelessly swimming in circles with a piece of fishing rope wrapped tightly around his neck. Seeing plastic washed up on a beach is one thing, but actually seeing trash, which is clearly a result of humans, causing an innocent animal distress and possibly life-threatening injuries is something else entirely.

After we returned to the yacht we had been calling home for the past week, our naturalist guide and the crew gathered supplies to go back and attempt to remove the rope from the sea lion’s neck. A few passengers, including myself, were able to go along to try to help in whatever way we could.

Since we had limited supplies and experience in saving wild animals, our most viable approach was to attempt to wrangle the sea lion, cover his eyes with dark towels, and quickly slip scissors under the rope to remove it. It wasn’t the most sophisticated plan, but given the fact that we had no way of knowing how long it would take for a ranger to get out to the island, it was the best we had.

Mission: Save the Sea Lion ultimately failed. Despite our best efforts and the efforts of the non-injured sea lion to force his friend in our direction, he was too traumatized to come anywhere near us and we ended up returning to the yacht with heavy hearts. We reported the sighting so our hope was that the rangers would be able to track it down and save it in the near future.

I’m grateful to the people who live and work in Galapagos who care about their wildlife neighbors and will do whatever they can to help them, even if it is out of their job description. I’m especially grateful to the Enchanted Expeditions crew and our naturalist guide who saw an animal in trouble, realized that it may be a few days before a ranger could assist, and jumped into action. The fact that I was able to tag along on this expedition gave my entire trip meaning, even if all I succeeded in doing was getting burned by the equatorial sun as the injured sea lion avoided us at all costs. 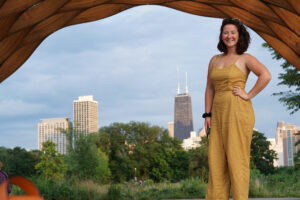 Jennifer Zollo is a travel writer and photographer based out of Chicago, IL. She is a bestselling author and the founder of the travel blog, Vagarious Wanderer, where she encourages women to explore the world around them through solo travel. You can follow her adventures across the globe on Instagram and Tiktok.