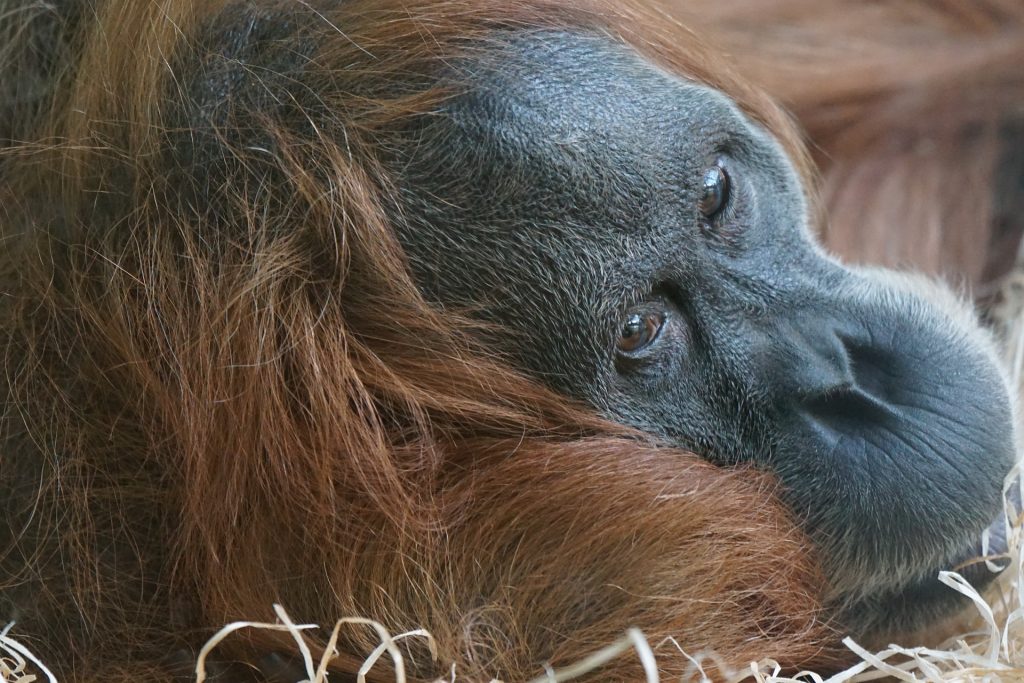 Green Hill tracking rangers in the village of Tualang Gepang, North Sumatra, received a call last month concerning a solitary orangutan who had wandered up a durian tree nearby the local village. The great ape was spotted by villagers who notified the rangers, and the case was quickly escalated to a senior national park ranger. Children and members of the remote community gathered around to ensure that the orangutan remained protected until officers arrived, concerned about the welfare of their visitor.

So often the role of villagers in border-edge communities of protected forests is ignored. Locals have historically been perceived as ill-educated and uncaring about the environment and wildlife. However, circumstances have taken a positive shift in recent years, partly due to the introduction of eco-tourism in remote places like Tualang Gepang. Co-founder of Green Hill Guest House and Trekking, Andrea, explains: “Eco-tourism in this region has created a presence and awareness that wildlife should be protected and conservation should be a priority.”

Tualang Gepang is a small village in Indonesia’s North Sumatra, nestled amongst local palm oil and rubber plantations. In the near distance sleeps the Gunung Leuser National Park, a world heritage listed tropical rainforest whose trees cover 950,000 hectares across the Aceh and North Sumatra provinces of Indonesia. This protected area is home to the critically endangered Sumatran orangutan, a species that has endured the infamous plague of human-animal conflict that has been occurring in Indonesia for decades.

According to WWF, about 12 million hectares of forest on Sumatra have been cleared in the past 22 years, mostly for commercial or illegal logging that occurs to make way for palm oil plantations. Indonesia is the world’s largest producer of palm oil and the industry employs roughly 8.4 million people in its supply chain. It’s worth noting that, comparatively, tourism offered nearly 13 million jobs to the Indonesian economy in 2018.

The narrative surrounding jobs in destructive industries versus jobs in regenerative industries is not uncommon. Across the seas in Australia, the mining industry poses a threat to natural landmarks including the Great Barrier Reef. Australian diplomat and former Chief Executive Officer of Qantas, John Menadue, explains: “Protecting the Great Barrier Reef is likely to save and promote more jobs than the few jobs in prospect at Adani [coal mine]. Tourism is a growth industry of the future. Coal mining is a declining and dying industry.”

A focus on eco-tourism

In places like Sumatra, environmentalists are hoping a focus on eco-tourism will influence conservation efforts. This has proven effective in cases such as with Green Hill, an eco-tourism company specializing in conservation-focused, sustainable jungle trekking and lodging in the Bukit Lawang region of North Sumatra. Sumatran-born Mbra, and his UK-born wife Andrea, founded Green Hill in 2006 with the aim of combining community-based tourism with conservation. The company takes visitors on unscathed trekking routes through the jungles of Bukit Kencur, Tualang Gepang, Simpang Dua and Simolap.

“To perpetuate the concept of community-based tourism we have employed a growing team of people from the local villages here, some of whom used to be hunters,” Andrea explains. “When we initially started taking guests trekking in this area 10 years ago it was quite common to find snare traps set to trap wildlife. By providing an alternative source of income through tourism, these practices have stopped and our teams have become ambassadors for eco-friendly behaviours.”

Another such organisation is leveraging similar practices to protect the jungles of Indonesia. Wild Sumatra runs treks in the rainforests of Indonesia’s Kerinci Seblat National Park. The social enterprise works with rural communities in Kerinci to generate income for trekking guides from local villages. Wild Sumatra also donate 100 percent of its profit to WildCats Conservation Alliance in support of wild tiger conservation in the national park.

While the rise of eco-tourism has proven to perpetuate a shift in consciousness surrounding the concepts of sustainability and conservation, travellers have as much a role to play in protecting destinations around the world. If a rise in tourism is on the cards to slow destructive industries such as deforestation and mining, then it must be thought of in a sustainable manner by all parties involved.

As Andrea explains, “responsible tourism done in the correct non-colonial-top-down manner is a definite positive for conservation.”