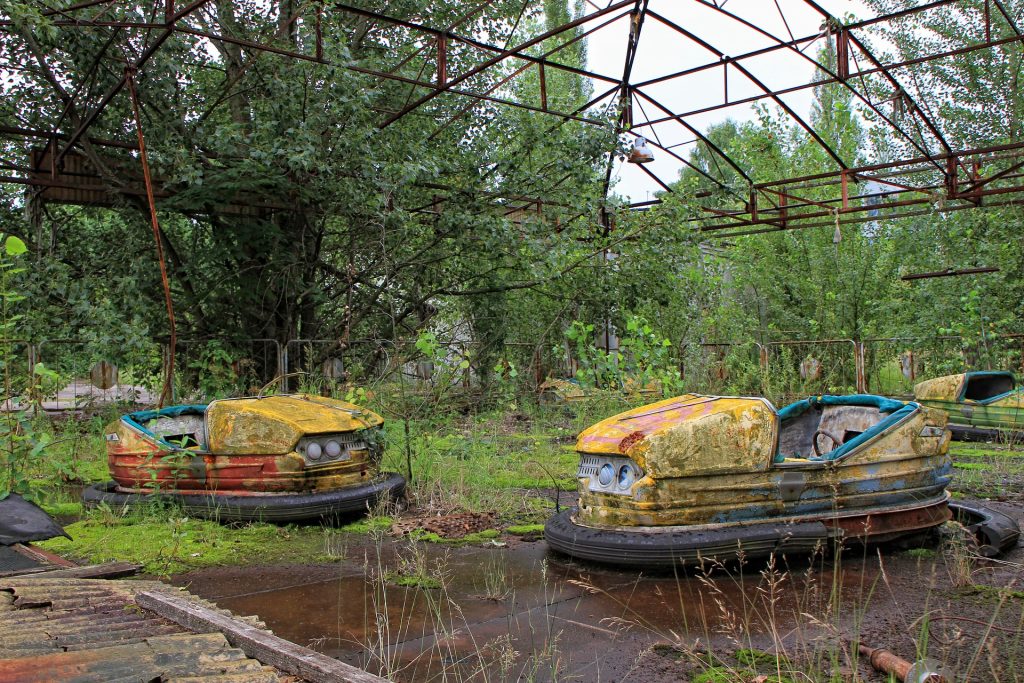 By Derek Cullen | July 24, 2019 The WorldInsightsHistory

Have you ever wondered what draws people to the morbid places associated with suffering or death? Auschwitz, Ground Zero, and Chernobyl come to mind.

In the case of the latter, a recent miniseries about the nuclear power plant disaster has seen the number of visitors to Chernobyl almost double over the past twelve months. The Auschwitz concentration camp is now the most visited attraction in Poland, while more than ten million people have set foot inside the 9/11 Memorial Museum since it opened at Ground Zero in New York.

Dark Tourism, the name for tourism focused on traveling to a destination associated with death or suffering, is extremely popular. There has always been some taboo attached to dark tourism and there was often a sense of shame attached to visiting these harrowing places. People are suspect that there is enjoyment from such dark suffering.

And there are differences in the types of dark tourism: some like Auschwitz educate visitors about terrible historical events in the hope of preventing them from reoccurring. Others, exploit the misery of people living through terrible events and cash in on the fact that some visitors get a thrill out of the experience.

So why might people want to visit these terrible places at all?

In a recent interview, criminologist Dr. Scott Bonn told Inside Edition that dark stories, places and events trigger the most primal instincts in humans. What’s more, people desperately want to know what separates them from these murderers and heinous events.

For example, high above a valley near Quenetria, tourists can visit a viewpoint that looks down over one of the most infamous battlegrounds in Syria. Believe it or not, many tour groups include this viewpoint on an itinerary that also includes cherry markets, wineries, and craft chocolate shops.

More than 400,000 people have died during the war in Syria and half the population has been uprooted and forced to leave the country.

When asked about the motive behind this stop, a tour guide and ex-Defense Force colonel who was working for the Syrian army that was responsible for the brutality said that people “want to feel a part of it. They can stand on the border and see a real-life battleground.”

It’s a similar scene on the West Bank in Israel where many tourists come to see the divide between Israeli forces and the Palestinian people. Of course, the West Bank is home to the birth town of Jesus Christ and many other attractions such as Jericho – the oldest city in the world.

But make no mistake; people come to feel the tension and witness the border.

Let’s take a look at some of the most popular destinations for dark tourism around the world:

Auschwitz concentration camp consisted of more than forty extermination camps that were built by the Nazis. As most people know, millions died during the Holocaust and these camps have been used as a museum to expose the suffering and brutality that occurred here. Many visitors take more than one day to explore the grounds, given the size of Auschwitz and nearby Birkenau.

Also known as S-21 Prison, Tuol Sleng in Phnom Penh was a place of torture and brutal suffering during the reign of the Khmer Rouge. Inside the prison, you can visit the rooms where innocent locals were tortured and learn about the dark times of the 1970s in Cambodia. While often compared to Auschwitz, the conditions in S-21 are somewhat different and walking the corridors of this infamous prison is nothing less than harrowing.

Known as “Aokigahara,” this infamous forest is the location for many suicides in Japan. In 2013, 105 people went there to kill themselves, which eclipsed the previous record of 78. It’s a highly sensitive place to visit or talk about but for many visitors, the suicide forest is at the top of their list of destinations when they visit Japan.

For many decades, Pablo Escobar was the biggest drug lord on the planet and responsible for the incredible rise of cocaine in the western world. You can now take an “Escobar Tour” of his home city in Medellin and visit “La Catedral” – the prison where he was held captive with his family. This prison was equipped with a jacuzzi, bar, and host of personal bodyguards. We will never see the likes of Pablo Escobar again, but you can still set foot in his less-than-humble abode.

Many people are confused about the political situation behind “the troubles” in Northern Ireland. Although incredibly complex, tourists can explore the issues that have created a clear divide between the people in Northern Ireland, half of whom identify as British unionists and the other half as Irish loyalists.

You can see this in West Belfast where an immense wall divides two conflicting communities. And you can take a “Black Taxi Tour,” which takes visitors into both sides of the community to hear the terrible stories and events behind this infamous area.

The Chernobyl disaster refers to a botched test in a nuclear plant that sent clouds of nuclear energy across Europe. Surrounding this plant, you will now find a post-apocalyptic landscape and an entire city, called Pripyat, in which stray animals roam and forgotten dolls are left lying in the street. Incredibly, you can take a tour of the area and even stay overnight – at your own risk.

Why We Humans are Obsessed with Dark Tourism

Dark tourism is on the rise and similar trends can be seen in other areas of the mainstream. In addition to the HBO series about Chernobyl, Netflix hosts shows on dark topics like the “Making a Murderer” and “The Ted Bundy Tapes,” two of the network’s most popular shows. Meanwhile, Sarah Koenig’s investigation of a murder in “Serial” is the fastest podcast to exceed five million downloads.

Criminologists say we are curious about our primal instincts and intrigued by the bizarre. At one time, we also feared that monster beneath the bed and when it comes to other heinous people and places, we want to know what separates us from the darkness in this beautiful world.