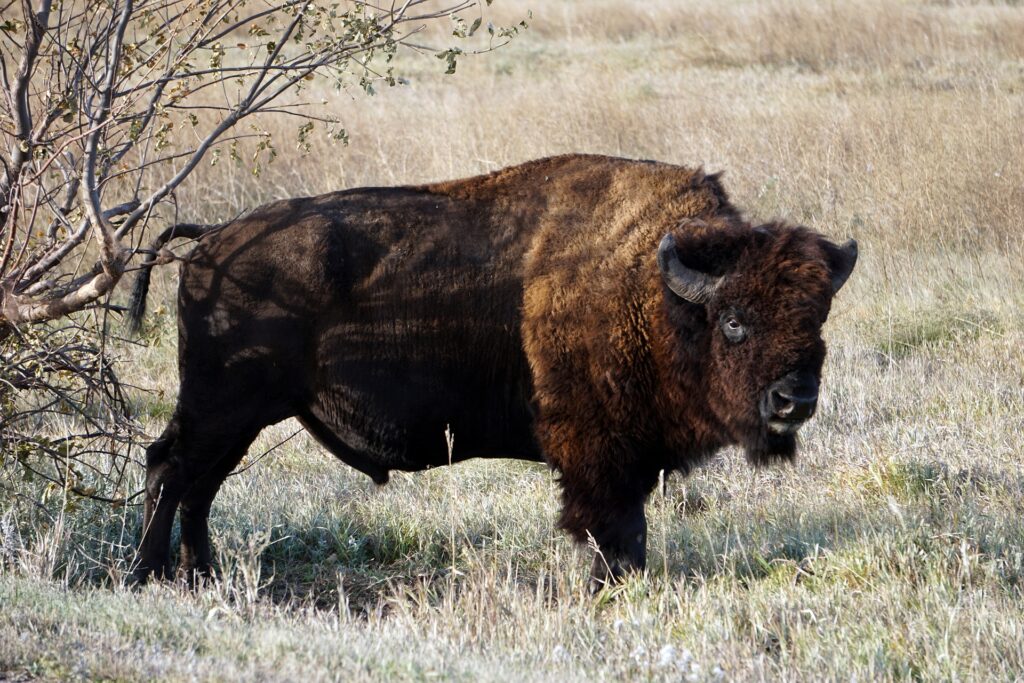 Every year in the autumn, the ground at Custer State Park shakes and the air is filled with clouds of dust. You can hear cheering from crowds of people as they watch almost 2,000 bison being herded into a corral by nearly 60 cowboys and cowgirls on horseback. The Buffalo Roundup at Custer State Park is an annual event that garners tens of thousands of visitors from all 50 states. It is such a large event that planning for the September shindig starts in January. For the last 56 years, the Roundup has left audiences marveling. It is an experience as wild and incredible as you could ever imagine.

The first question people ask when they hear about the Buffalo Roundup is “why?”, and that’s fair enough. There are multiple reasons for the event’s continuance.

The first is that rounding up the herd is a conservation effort. Hundreds of years ago, there were nearly 30 million bison roaming the plains of the United States. Between the construction of the Pacific Railroad, westward migration by settlers, and the pelt industry booming, bison numbers dwindled down to nearly nothing. The roundup allows the Custer State Park herd to be corralled so that they may be vaccinated and checked over to ensure they are all in tip-top health. At one time, the park’s herd consisted of only 36 bison. Today there are roughly 1,600. This number is proof that with preservation and conservation, all things can flourish.

The Buffalo Roundup is also part of the state park’s way of managing the resources. Because the herd is thriving, Custer State Park has to sustain a balance between a healthy herd number and available grassland and food. Bison over the allotted resources will be auctioned off. This is to maintain the aforementioned balance.

The surrounding towns throughout the Black Hills see a fantastic boost to local businesses, which is especially welcomed after the struggles of the pandemic. It’s financially beneficial to Custer and the wider area, but it’s also a tradition. Simply put, the Buffalo Roundup has been part of the community’s calendar for nearly six decades. Families come to the annual event to share the local history and cowboy culture of South Dakota with their young ones.

It’s impossible to adequately articulate the wonder of watching a herd of wild buffalo get rounded up, gazing upon them as they roar over the prairie ridges towards the corral. The only thing to really expect is to be blown away by the awe-inspiring scene of the incoming bison.

In terms of logistical planning for next years’ roundup, you can come prepared to spend more on accommodation than you typically would in the area. Hotels and campgrounds book up well in advance, particularly in Custer town, so it’s a good idea to book your stay as soon as you have decided to attend. Some great towns to stay in as alternatives to Custer are:

Also, expect heavier traffic around Custer State Park and the general Black Hills region. What might only be a 15-minute drive on Google Maps may take a half-hour with road works and car congestion. Be patient and kind. Bring lawn chairs or blankets to sit on, and don’t forget your camera. The weather is typically cold in the mornings and gets warmed as the day goes on, so dressing in layers is best.

It’s not all “just” bison. The Roundup happened in conjunction with the Arts Festival in the state park. The Arts Festival runs from Thursday through Saturday (the Roundup is always on the Friday) and has over 100 vendors selling locally and regionally made items. From soaps and clothing, to paintings and woodwork, the Arts Festival shows off the incredible talents of South Dakota artists.