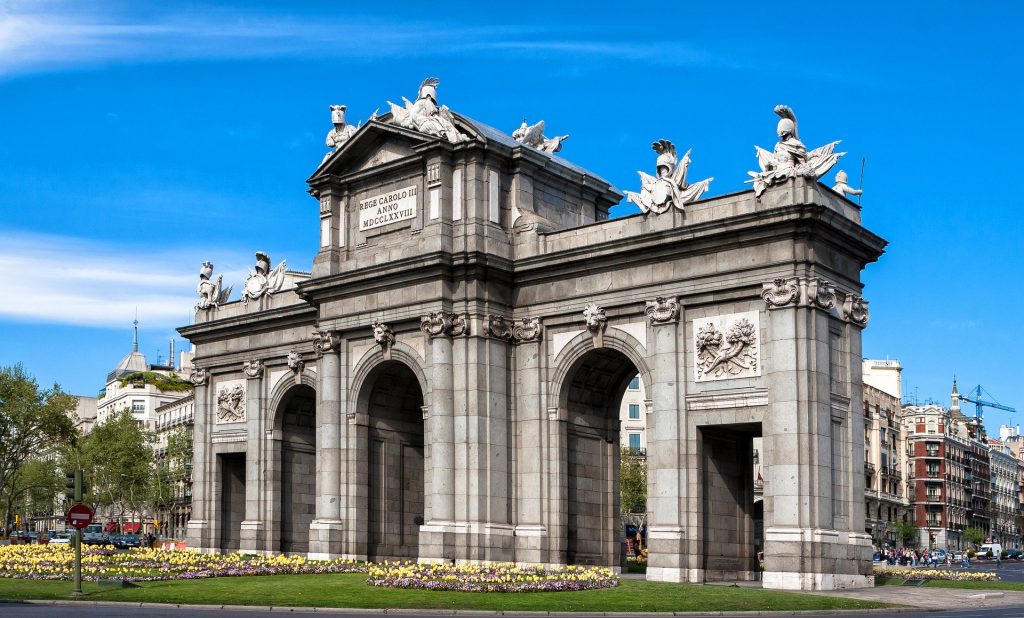 It’s hard to imagine that the capital city of a country as welcoming and vibrant as Spain was under dictator rule until as recently as 1975. A nation that was torn apart by civil war has slowly been brought back together to what it is now — a place full of so much beauty that is the second most internationally visited country in the world.

To the throngs of tourists unfamiliar with its history, Madrid is solely regarded as a cosmopolitan city full of monumental buildings, amazing food, and flowing wine.

Historically, there is much more to Madrid than meets the eye. After the death of the dictator Franciso Franco, who remained in power for nearly 40 years, both sides of the political spectrum were eager to move on and establish a democracy. The controversial “Pact of Forgetting” was established. This meant that no government officials or generals could be tried for war crimes, and many of the reminders of Franco’s reign were left to fall slowly into disrepair.

With no civil war museums and a surprising lack of monuments and information displayed, the battles and decades of occupation slowly faded away from the public eye. Although the city has vowed to forget, you can see still see the remnants of the civil war and the defiance of the Spanish people in Madrid if you just know where to look.

Three of Madrid’s most beloved parks were once scenes of bloodshed and war. No plaques mark most of the locations, so the structures that were left behind remain anonymous to the unwitting picnicker or jogger.

Parque El Capricho is a picture-perfect park known for its well-kept gardens, daunting hedge maze, peaceful lake, and stunning features. Originally built by the Duchess of Osuna in the 19th century, it hides a sprawling subterranean civil war bunker. The Republican front built this 2,000 square meter complex to withstand massive bombs and with a secret tunnel for an escape to a nearby street.

Unfortunately, the inside of the bunker is open by guided tour only, and they often sell out quickly. However, this romantic park is still ideal for long walks through the gardens and a look around the outside of the infamous bunker. Even though it has lush green lawns, be aware that there are no picnics allowed.

Parque del Oeste is home to the stunning Templo de Debod, a second century BC Egyptian temple saved from flooding. It was flown over brick by brick to Madrid, and now stands on top of a hill over a reflecting pool. This park is sprawling and popular for dog walking, picnicking, and enjoying the sunset over the tree-covered hills of Madrid’s countryside.

While walking through Parque del Oeste and the nearby Casa de Campo, you might notice brick towers and mounds with their doors plastered by concrete. These unassuming structures were once used as bunkers. Built along the front line during the civil war, they were the sight of death and bloodshed. Square holes along the top were used for machine gun turrets, and many of them remain in good condition.

Initially, large areas of Spain were taken by Franco politically, with minimal fighting. The tides turned in late 1936 when Franco’s nationalist army met fierce and unyielding Republican opposition in Madrid. The long and bloody Battle of Ciudad Universitaria took place on the newly constructed Complutense University of Madrid campus. In the end, Franco’s troops won, and he was one step closer to taking Madrid.

Proud of his victory, France ordered the construction of a large triumphal arch reminiscent of Paris’ Arc de Triomphe. Topped with a bronze sculpture of Minerva charging on a chariot and standing a monumental 40 meters high, the Arco De La Victoria towers over the Moncloa area of Madrid. This conspicuous reminder of the area’s bloody past is slowly decaying, as no official funds are authorized for its upkeep.

When Franco died in 1975, young people around the nation enthusiastically shed the oppressively conservative values that had been aggressively enforced upon them. This newfound freedom was taken to the streets and shaped some of Madrid’s neighborhoods into the cultural centers they are today.

Known as La Movida Madrileña, this countercultural movement sprung up in the Madrid neighborhoods of Chueca and Malasaña and refused to leave. Its influences shaped this part of the city to host the all-night-long parties we enjoy now. For the very first time, rock music could be heard blaring from newly opened bars.

To get a sense of the neighborhood’s vibe during Madrid’s transition into free expression, head first to Plaza Del Dos De Mayo. Originally made in remembrance of the ordinary people of Madrid who fought bravely against Napoleon, this public square reemerged as a place to meet, dance, and party. It is still a place to begin your night and is full of rowdy revelers at night.

A few blocks away, step into La Via Lactea to be transported back to the late 1970s. Opened during the Movida, its decor and aura have remained the same. Red lights shine onto vintage posters while rock music plays. The alternative music scene was thriving in the area. El Penta opened in 1976 and quickly became the go-to bar for those seeking live music. It’s still a lively hangout for fans of punk and rock and roll.

Nestled within the center of Madrid, the central neighborhood of Chueca slowly evolved into a proud and spirited LGBT haven during the Movida. It has only grown since then. Now known around the world as the place to go to be loved and accepted just as you are, Madrid finally held World Pride in 2017.

Although the scars of history remain, the free spirit of Madrid has emerged victoriously to make it the vibrant city that we all love today.