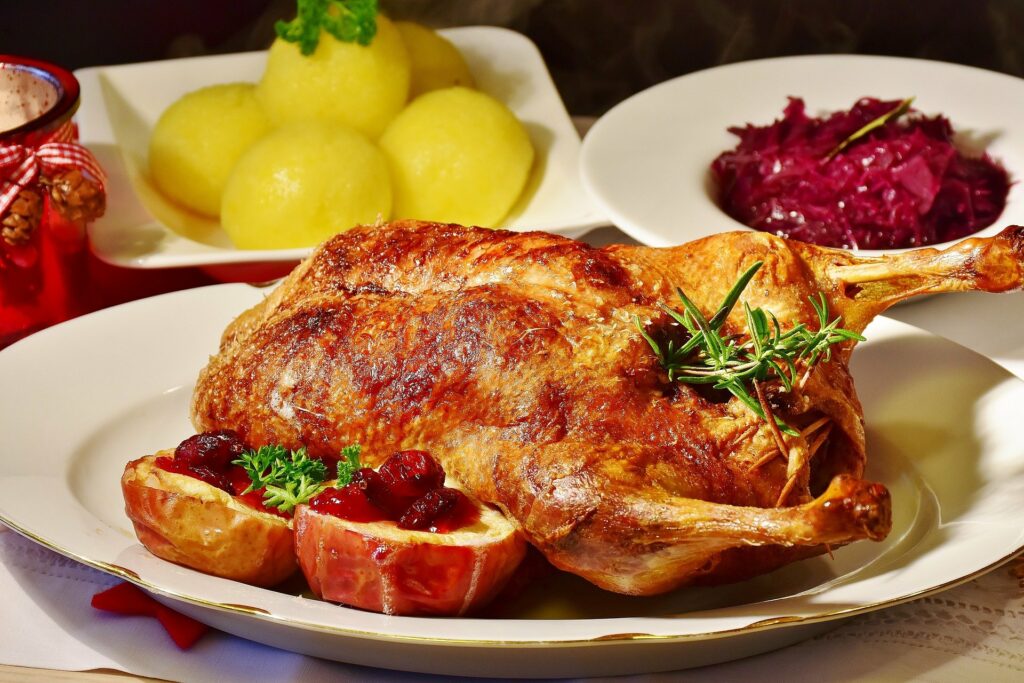 With the holidays approaching, I’m sure all of us already have our holiday dinner menu planned. If you’re from North America, there’s a few holiday classics like turkey, mashed potatoes, etc. These foods are delicious, but most other countries have vastly different holiday meals in comparison. Today, let’s go on a virtual journey to learn about traditional holiday dishes from around the world.

Italy is a predominantly Catholic country, so many Italians will fast on Christmas Eve per their religious beliefs. To break this fast, many in Sicily and Southern Italy dine on a giant feast made up of several seafood-themed dishes. The reason they eat seafood is because the fast includes not eating meat or dairy for the day.

The typical dishes you find will vary by region, but some of the common fishes you will find are: salt cod, eel, squid, shellfish, conch, and clams. There will likely be many pasta dishes and vegetables to accompany the fish. Some favorites are pickles, squash blossoms, and artichokes.

Most places celebrate Christmas on the 25th of December, but Russia celebrates it on January 7th due to the Orthodox Julian calendar. Every January 7th, Russian families enjoy the layered dish of Shuba. Each layer consists of a different ingredient including pickled herring, eggs, onions, carrots, and beets. Combined, the Shuba salad has a tangy taste that many Eastern Europeans love.

The top layer of the Shuba is usually beets, giving it a bright pink-ish color that stands out on any dining table. With its bright layer, Shuba has gotten the nickname of “herring under a fur coat,” as the beets look like a winter coat on top of the fish.

During Hanukkah, many homes in Israel start frying up the delicious latke, or levivot as it’s known in Hebrew. The humble latke is made of potatoes, onion, eggs, and breadcrumbs. Once combined, they are deep fried into a crispy holiday appetizer or side. They can be enjoyed as is, but many enjoy it with applesauce. That may sound strange, but the savory and sweet combination is incredible. There are many ways to spice up latkes, but nothing can beat the crunchy and flavorful classic latke.

Noodles are eaten in many Asian countries on New Year’s Eve, and Japan is no exception. Many families ring in the new year with a bite of buckwheat soba noodles at midnight. This tradition has been around since the 17th century and continues to this day. Eating noodles symbolizes that you will live a long and prosperous life.

There are many ways to enjoy soba noodles, but for New Year’s specifically, they are eaten as toshikoshi soba. In its simplest form, toshikoshi soba is soba noodles in a hot dashi broth with some green onions. Some families may add tempura or eggs to the dish, but many enjoy it simply as is.

Quite possibly the cutest addition to this list, marzipanshwein is a huge part of New Year’s Eve celebrations in Austria and Germany. In these countries, it is common to give “good luck pigs,” as gifts to others during the season. These lucky pigs, or glücksschwein, can be made of different materials or ingredients. One of the common ways to gift the good luck pig is by making marzipanshwein. Which are little pig-shaped marzipan snacks that are decorated to look like pigs. Marzipan is made from almond and sugar to make a pliable dough that can be formed into any shape. These marzipanshwein have a simple flavor, but have a lot of meaning – and are adorable.

Grapes may not seem like they would be a holiday dish , they play an important part for Spain’s New Year’s traditions. As soon as the clock hits 12, people rush to eat one grape for each toll of the bell.  This is no easy task, so many prepare ahead of time – peeling and seeding the grapes first. Eating grapes at midnight has spread to many other Spanish-speaking countries, each having their own twist. In Colombia, each grape represents a wish for the new year and you have less than a minute to eat all 12 grapes! It’s a bit tough to eat that many grapes so quickly, but it is a fun experience to say the least.

Like many other predominantly Catholic countries, Colombia takes Christmas very seriously and has many holiday dishes that are enjoyed during this time. One classic that you will find on every Colombian’s holiday table is natilla. Natilla is a sweet, custard-like dessert that is filled with shredded coconut and raisins. Unlike most custards, it’s a lot firmer and is sliced into pieces for people to enjoy. Despite having simple ingredients, it is very flavorful without being overly sweet. If you are a fan of flan, you will likely enjoy Colombian natilla!

Many in Ukraine follow the teachings of the Ukrainian Orthodox church and follow a diet during the holidays. Ingredients like meat, sugar, and fat are not allowed during the Christmas season – which is quite opposite to most other countries! Kutya is wheat, poppy seeds, and nuts cooked together to make an oatmeal-like dish. It is sweetened with honey, for a natural and healthy holiday meal. One unique thing about Kutya, is that the dish is not to be eaten until the first star shines in the night sky. At least by being so healthy, you won’t get a late night upset stomach!

Just because you may be staying home for the holidays, doesn’t mean you can’t enjoy some international dishes from wherever you are. Each of these dishes are easy enough to make, and are all absolutely delicious. Try something new this holiday season, and open your mind to new cuisines. Who knows? Maybe someone else’s tradition will become a part of your new family tradition. And even if it doesn’t, at least you tried something new. Happy holidays, everyone! 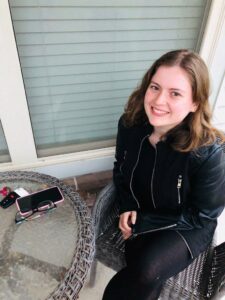 Natalie Hoy has worked in IT for four years, but has a passion for food and travel. Having traveled to almost every continent, Natalie brings in her diverse experiences into her writing.