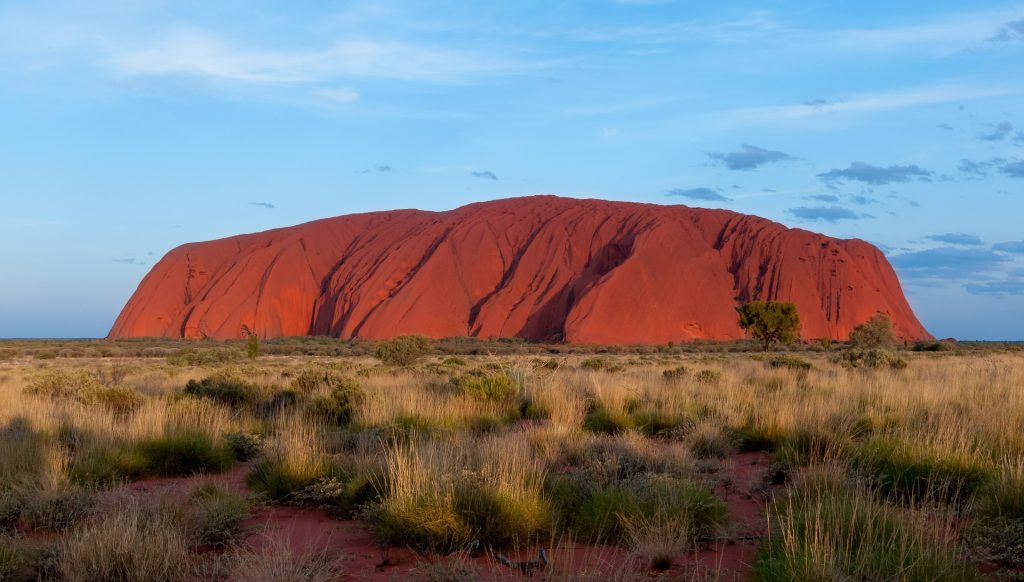 Over the last few months, there has been a mad rush of tourists to the heart of Australia: Uluru.

The majority of tourists are eager to see the giant rock and soak in the spiritual atmosphere of the heritage around them. Others, however, are determined to climb atop and stake their ‘tourist claim’ on it before public access is closed in October 2019.

Uluru is not just the geographical heart of Australia; it is considered by Indigenous Australians to be the spiritual heart as well. Uluru is sacred grounds and for that, the locals have been asking visitors to refrain from climbing it for many years. Climbing Uluru is not only dangerous, but it is also considered to be disrespectful, as it fails to experience the site in all its glory.

In 2017, the Uluru-Kata Tjuta National Park board decided unanimously to ban the option to climb as of October 26, 2019. For the traditional custodians of the area, this is an opportunity to place more focus on the significance of the land rather than encouraging tourists to see it simply as The Big Rock.

In the middle of the broad vast landscape, Uluru stands out with commanding presence. There is not much else to admire; it’s surrounded by long green scrub grass, stark blue sky, and rusty dry dirt. There is something raw and vital about this landmark.

Uluru’s natural beauty is best appreciated around sunrise and sunset, as the light brings the sandstone to life. The rich yet fragile rock pulsates with colour, sharing its ethereal essence with the surrounding scenery. It reveals but a glimpse of the spiritual significance Uluru holds for the traditional custodians, the Anangu people.

It’s important to note this terminology: traditional custodians. There is a real distinction between the Indigenous communities and the ‘white people’ who try to claim ownership. To be a custodian is to take responsibility for everything connected with the land: the ground, flora and fauna, people, and spiritual history including songs, stories, and ceremonies. All these things constitute the way of life, the law and soul of the people. Anangu people call this Tjukurpa.

Uluru is part of Tjukurpa, from its visual presence to its spiritual connection. The Anangu pass stories down through the generations, speaking of Uluru’s significance as far back as the creation period.

However, none of these stories speak of the top of Uluru. They are woven within the landscape around it — a fact the Anangu people have been trying to tell tourists for years.

Uluru is a big monolith. It rises 348 metres (1,142 feet) above the desert landscape, with the peak reaching 863 metres (2,831 feet) above sea level. And yes — it can be seen from space. However, Uluru is not the largest monolith in the world; that honour goes to another Australian icon, Mount Augustus in Western Australia. And yet more tourists flock to Uluru than Mount Augustus. Even born-and-bred Aussies are more familiar with Uluru than Burringurrah, which is the traditional name for Mount Augustus.

Clearly, size does not matter. Nor does the location, since both Uluru and Burringurrah are both fairly isolated from most major cities. The question then arises, why are some tourists so adamant to climb Uluru despite the requests of the Anangu people? Perhaps it all comes down to a better marketing campaign; with nothing else around, Uluru is the most commanding presence on the land. For many decades, Australian tourism groups have promoted climbing Uluru as the only thing to do in the area. Unfortunately, the idea simply stuck.

The closer we are to the closure date, the louder the argument for climbing grows. It has become a sense of national pride, albeit driven by a majority white community. While many visitors are willing to respect the wishes of the traditional custodians, there is still a small number of people who will climb Uluru for the sense of personal achievement. “Because it’s there” and “because I can” are the catchcries of those preparing to climb; the risk to safety only adds to their achievement. However, more often than not the climb is closed due to environmental factors, such as high winds and hot temperatures. At least 35 people have died since the climbing activity was opened, with many more injured.

Each death and injury is a hit to the Tjukurpa. The Anangu take their responsibility as traditional custodians very seriously; they feel great sadness when a person is hurt or dies on their land. There are signs posted at the base of Uluru, advising of the danger in climbing and requesting visitors not to do it. Each death and injury becomes a part of the stories. It is especially sad to Anangu, as they are more than willing to share better ways to experience the spirit of Uluru.

In the Footsteps of the Traditional Owners

Like many other famous sites around the world, the greatest features of Uluru are found around and within the site itself. The magic of the Great Pyramid in Egypt is not the apex, but the secret within and the history around it. The wonder of the Sistine Chapel is not the roof of the museum, but the art painted on the ceiling within. Even though Uluru is a natural wonder, it has still held sacred and historical meaning to one of the oldest continuous cultures in the world. The Anangu have been working for many years to educate visitors in the land around Uluru, not just the rock.

The best way to connect with Uluru and its stories is with the Uluru Base Walk. The 10-kilometre track around the entire circumference of Uluru takes you through caves, past refreshing waterholes, and amidst amazing wildlife. The walk itself is made up of many sections, each with their own experience and history lesson to appreciate.

The first section, the Mala Walk, is possibly the best start to any Australian history lesson, and benefits from the guidance of a local ranger. Named after the Anangu’s ancestors who camped at Uluru, the Mala Walk explores the caves where they prepared meals and performed inma (a traditional ceremony). The ghostly rock art gives the feeling of ‘living history’ with its pictorial of training methods and social behaviour from long ago.

Some of the sections in the Uluru Base Walk run close to sacred sites, allowing ranger-guides to share the importance of these sites with visitors. There is something truly special about resting your hand against the cool surface of Uluru as you listen to ancient stories about people who once demonstrated insurmountable levels of respect for the moment. The empathetic link across history is almost akin to the connection with the land itself for the traditional custodians.

In a few months, the Uluru-Kata Tjuta National Park will finally respect the wishes of the Anangu people and close the Uluru Climb. For those who are disappointed, there will always be another rock or milestone to achieve somewhere else. For those seeking history and understanding, the heart of Australia will still be open and waiting for them.