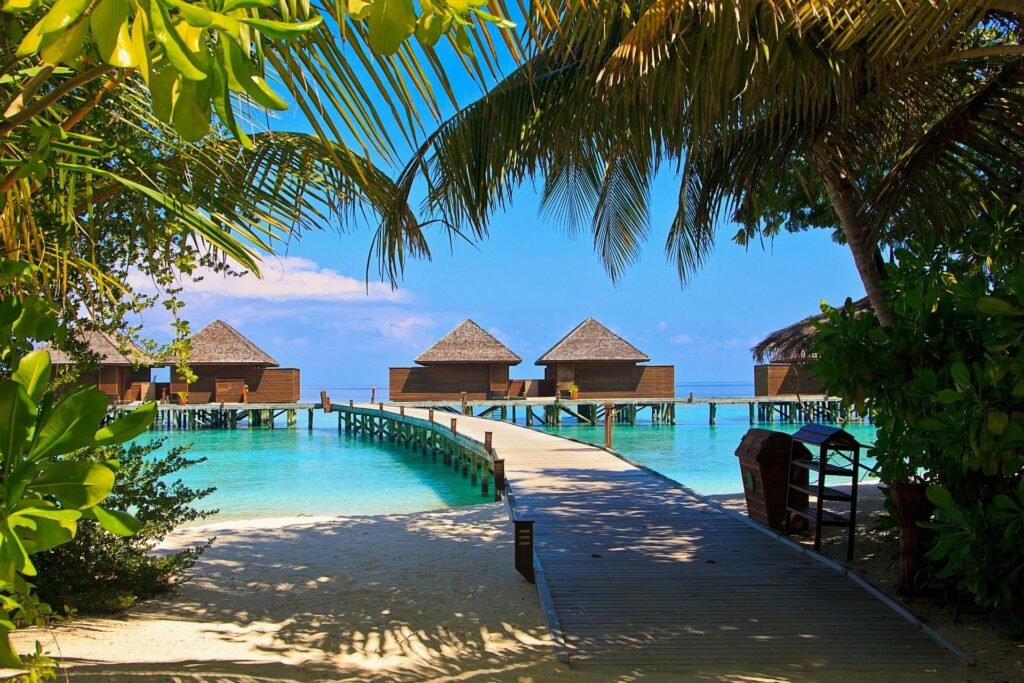 The COVID-19 pandemic has given rise to a new global travel trend–vaccine vacations or vaxcations, for short. In a world defined by a virus for nearly two years, needle-driven getaways are becoming a sought-after expedition. From San Marino to the Maldives, tourism boards, travel brands and upscale operators have jumped into the fray to offer leisure-filled, luxurious holidays, combining them with twin doses of inoculations at the start and end of the package.

Some countries have managed the pandemic better than others but vaccine rollouts have been heavily imbalanced around the globe. Vaccine vacations has emerged in a desperate attempt to bolster tourism, the industry that has suffered the worst blow in a pandemic-hit world. Russia is a unique case in point. It was the first country in the world to approve a COVID-19 vaccine (Sputnik V). But the domestic response has been lukewarm, with only 17 million Russians of the 144 population getting the first dose as of June 2021. Putin administration has formulated a plan to counter this demand-supply disequilibrium by designing a complete holiday package for tourists to visit and experience the best of Russia between the two jabs of vaccine over a three week period.

In early May 2021, New York City Mayor Bill de Blasio announced his plans to inoculate visitors to NYC with the single-shot Johnson & Johnson vaccine at popular places like Times Square, Brooklyn Bridge Park and Central Park. The Mayor stated in a May 6th news conference: “This summer, you’re going to see tourism come alive again in New York City, you’re going to see a lot of jobs come back because of it. We want to go the extra mile, make it easy for tourists.”

Within a few weeks, 25 additional states in the US joined the bandwagon and many have become vaccine hotspots for affluent foreign tourists, including ministers and celebrities from Latin American nations.

On the other side of the world the tiny island nation of Maldives has plans to launch its 3V Program (Visit, Vaccinate, Vacation) for travellers coming in for a sun-soaked holiday to the pristine beaches of this tropical archipelago. With around 1.7 million annual visitors accounting for nearly 70% of the country’s GDP, Maldives strive to launch the 3V Program as early as possible to re-boot its economy.

Even San Marino, the European microstate, is hoping to revitalize its fledgling tourism industry by selling two micro-stays of three days each to international visitors for each dose of the vaccine they receive. The response from European countries like the Czech Republic, Germany and Latvia has been promising.

Vaccine tourism is an interesting niche concept that is still taking shape as the tourism industry navigates ethical concerns, laws and other constraints. The emerging travel trend is largely dependent on a heavily skewed distribution of vaccines that often involves issues of prioritization. For example, the Indonesian island of Bali has witnessed a fresh surge of COVID cases. As of the end of July, 19% of the local population has been fully vaccinated. However, more than 110,000 unvaccinated or partially vaccinated foreign nationals, highly mobile and social, are based in the popular surf hub of Canggu. Experts opine that this could lead to yet another surge in cases this year. But the government is determined to use vaccine vacations as a means to revive the pandemic-plagued tourism industry. Balinese officials are proposing that two doses of the Sinovac would be administered free of charge to Indonesians taking a vaxcation in Bali. Foreign nationals would be charged a fee for the two shots they will receive at the beginning and the end of their 2-week stay.

The vaccine vacation trend has also created opportunities for travel operators to rake in some fast cash. As early as December 2020, tour operators based out of India (where vaccination had not yet begun) were firming up luxury packages for Indian nationals to take trips to the UK, US and Russia to get vaccinated. In March 2021, travel agents began selling trips to Indians who held resident visas for Dubai as they were allowed to fly there to receive the Pfizer vaccine. In April, Sputnik V announced on their Twitter page that their social media followers will be the first to be invited to get the vaccine in Russia when the program commences. It triggered a mad dash for vaccine tourists across Europe to register through a Norway-based tour operator. There were options to choose between luxurious stays in a Russian wellness resort or a trip to a spa hotel in Turkey where travelers could stay in between the two shots. Also in April USA Today reported that wealthy people from Latin America were booking flights, renting cars and even chartering airplanes to the US in order to get a vaccine because of a slow rollout of vaccines at home. In another part of the globe, the vaccination drive in South Africa has been extremely sluggish. The neighbouring government of Zimbabwe has given the green light to private hospitals to inoculate vaccine tourists from South Africa amid civil society concerns that this can lead to a situation where affluent foreigners would be prioritized over the native residents of Zimbabwe.

Apart from these ethical concerns, there is this very real risk perception that vaccine tourists can be infected with the dreaded virus before they are fully immunized and can be asymptomatic super-spreaders in the course of their travels.

And there are critical legal aspects. In the absence of clear healthcare laws and official arrangements in place, there is no guarantee that vaccine tourists will receive the doses as promised and more importantly, the legal implications are unclear if there is a medical emergency after a tourist gets the vaccine shot.

Perhaps a more convenient and beneficial solution could be to send over the excess supply of vaccines to the countries with slower rollouts, instead of encouraging people to travel internationally and increase the risk of spreading the COVID virus more. It might be an easier way to ensure a world free of COVID-19 sooner, rather than later.