Author Janet Cheatham Bell has lived through both the Civil Rights Movement and today’s Black Lives Matter movement. She joins World Footprints to share her thoughts on the progression of racial equality in the United States.

Janet is also the mother of W. Kamau Bell, host of CNN’s United Shades of America. She offers some insights from her son’s show and her cameo appearance on the season premiere.

Janet also talks about the important role travel has played in her life and she shares what country touched her soul and opened her eyes to humanity. 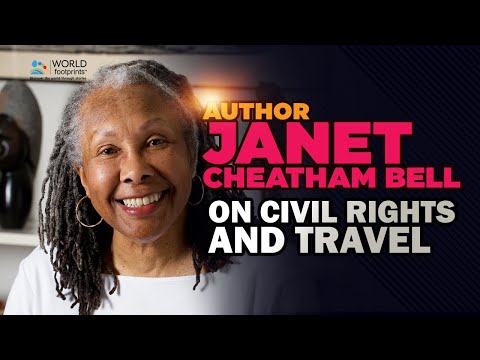