Following our earlier interview with Johannes Syms from the Western Cape (Cape Town), South Africa, we interviewed a Johannesburg-based reporter, Anita Powell, to learn what is happening in that densely populated city. Some of what we learned about the healthcare concerns in South Africa surprised us.

What didn’t surprise us was how innovative South African scientists are being. Anita told us about the creative ways South Africa is lightening the burden on the country’s health care system. She also shared some very exciting news about the coronavirus vaccine testing South Africa is conducting.

Another thing that didn’t surprise us was how South Africans were living by the philosophy of Ubuntu. Anita Powell is Voice of America’s southern Africa correspondent based in Johannesburg, South Africa, covering 15 African countries. Before officially joining VOA, Powell worked as a freelance journalist for the news agency, as well as other news outlets such as the Associated Press, The New York Times, Al Jazeera and The Root, covering numerous topics and events on the African continent, including the death of Nelson Mandela. 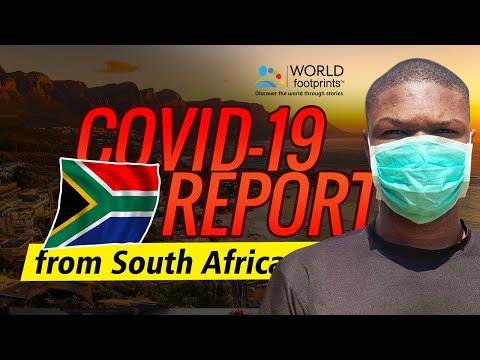