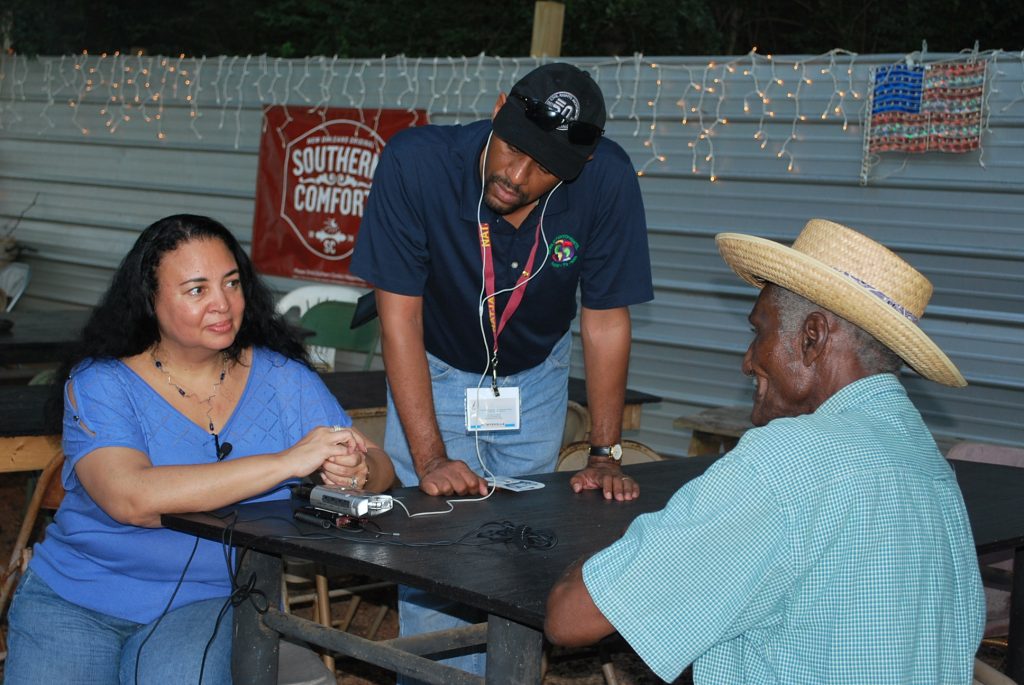 As travel journalists who happen to be people of color, we celebrate the cultures of the world. We share and acknowledge our common history—the good and the bad. We showcase the similarities we share and honor our differences.

For years we have shared our love and appreciation for places that have moved us. In each destination, we travel with intention to make a positive impact and immerse ourselves in the culture that has shaped the destination that we’re so fortunate to visit.

Coming Together At A Juke Joint

One of our favorite travel memories was formed just outside of Birmingham in Alabama, where we were taken to one of the last juke joints in existence. An elderly black man named Gip Gipson ran the place called Gip’s Place, which attracted people from all around the area and the country. Some people traveled from other countries to enjoy a night of the Blues. A German journalist we recently traveled with in Iceland told us that he specifically traveled to Alabama to interview Gip for his national paper.

Gip’s Place was always bumping. People brought buckets of chicken and bottles of beer and gathered together in the shed or backyard to enjoy music. What stood out for us was the diversity amongst the hundreds of people who came to Gip’s Place. We saw a rainbow of people come together to dance, eat, drink (and tell lies—as Black folks would say) and they connected under the universal language of music. It was beautiful to experience.

After each trip, we return home and share our stories with the hope of bringing a fresh perspective to the people and places we have encountered. We retain and try to focus on the good, but we share the bad as well. From our vantage point, the historical accounts of oppression and other human rights abuses along with the truths we’ve uncovered should be shared because they show how society has progressed… or so we thought.

Now, we are weighing our beliefs about the transformative power of travel and the beauty of humanity against the backdrop of recent events in the U.S. following the murder of George Floyd.

Today In The USA

Current events are shaking our perceptions of what we thought (or hoped) reflected progress. Here are a few of them.

These incidents and actions are just a few (recent—within the last week) egregious acts committed at the hands of racist people. We can anticipate there will be more stories like these in the coming hours and days.

So how are we, especially as Black travel journalists, meant to reconcile these events against our love of this world and belief in humanity?

But the news isn’t all bad. We are seeing other things that are inspiring hope for our future.

We’re seeing people of all ethnic groups come together to dismantle emblems and objects that represent a history of hate and racism. Major industries are making substantive changes like prohibiting confederate flags at venues, corporations are implementing new policies that address diversity, equity, and inclusion, and the country band Lady Antebellum has changed its name to Lady A to remove its association with slavery.

These are some positive signs that change is underway in this country.

We hold a lot of love for the United States of America. We have traveled to all four corners of the U.S. and parts in between. Our travels have uncovered history that informs our present-day, and we’ve enjoyed the experiences that connect us to our culture and our fellow Americans.

We grew fond of Montana from the start and after each of our three visits, we came to love the state even more.

Alabama was a wonderful surprise for us. From Huntsville to Birmingham and beyond, we found lots of historical gems and present-day riches—more than we could have imagined.

So the recent news coming out of Montana and Alabama is disheartening and we’ve wondered how we could have missed the signs during our visits.

This year, before COVID-19 hit, we had planned to travel to Buffalo to explore the city’s revitalized waterfront district and visit historical points. Ian attended law school in Buffalo and Tonya has only viewed the city from the Canadian border so we were curious to see it now. Because of the city’s culture we will not rush to visit Buffalo anytime soon. (As an aside, Ian has also lived in Minneapolis but he says that it was harder for him to be a Black man in Buffalo. That’s a story for another time.)

Neither of us has been to Tulsa, but we might be open to visiting the city if the police major is held accountable for his comments.

We are people of color who travel around the world to connect us all to our common humanity and experiences. Sometimes we have traveled to places where our skin color makes us unique.

It doesn’t make sense that press trips don’t include a diverse group of voices that can see and tell stories through different lens. We’ve been on a few press trips with other people of color but those have been few and far between.

We hope to see a pool of diverse voices on future press trips so that the full story can be told and not a story told from a single lens that glosses over history. Isn’t this part of the problem today? (We’ll talk about this at another time.)

The Power of Travel

For us, what it comes down to is this: we know there are some people who are so infected with racism that no law or movement will change their disposition. Terminally hate-filled hearts can’t be changed with legislation.

But travel helps us confront and correct our misconceptions and the unconscious biases that we all have. It forces us to examine how we want to show up in the world. Travel broadens the mind and softens the heart and its transformative power is real.

We also believe that there are more good people than bad in this world who embrace our common humanity. We saw this in Montana when a group of mostly white protesters stood in unity with the young black woman against the angry man and chanted “peace, peace, peace” until the police took the anti-protester away.

The elderly white man in Buffalo who was pushed to the ground put himself in harm’s way for the Black Lives Matter movement.

Those are people who value the human rights of all people. That is a lesson that travel teaches us.

We believe in the power of travel. Travel offers an opportunity to interact with someone who doesn’t look like me or you and… people don’t go to war with someone they’ve bonded with at a juke joint.

Travel is an antidote to racism but it is only one solution. For the virus of racism to be eradicated we need for cultures and mindsets to shift, we need to educate each other and have raw conversations. Conversations will and should be uncomfortable because that will help us grow. (If you don’t stretch, you don’t grow.) We also need stronger civil rights laws. Hate and love can be found in every city, country, and corner of the world, so the problems are not confined to specific regions. The problem lies with government bodies that remain silent and fail to do anything to cure their racist culture.

So going forward, World Footprints will continue to act in the spirit of Ubuntu and serve humanity through our stories. We will continue to show how we are connected through our common experiences and human existence. By continuing to dig deeper to uncover the fuller story we can begin to reconcile the past and move towards healing.

If we find ourselves in a place where local governing bodies support a racist culture we will share our raw and truthful observations. That is the responsible thing to do.

We will continue to tell truths about our history. We will not sanitize or romanticize the past. That practice is a large part of what we’re being challenged with today.

We will provide relevant content to help people make informed decisions about whether to travel or not.

We will also raise thought-provoking questions like why should a person of color spend their money in a place where they are not welcomed.

After all, why should green be the only color that’s valued?

Ian and Tonya Fitzpatrick are Founders of World Footprints and hosts of the award-winning World Footprints podcast.  Travel has always been central to their lives. In fact, Tonya only agreed to date Ian after learning that he had traveled abroad.  After a two-year courtship, Ian whisked Tonya away on a secret mission to Toronto where he proposed to her above the city in a small plane that passed another small plane carrying a banner that read: “Marry Me Tonya – I Love You”. The couple held a destination wedding on Bermuda and they honeymooned in South Africa. The rest, they say, is history…