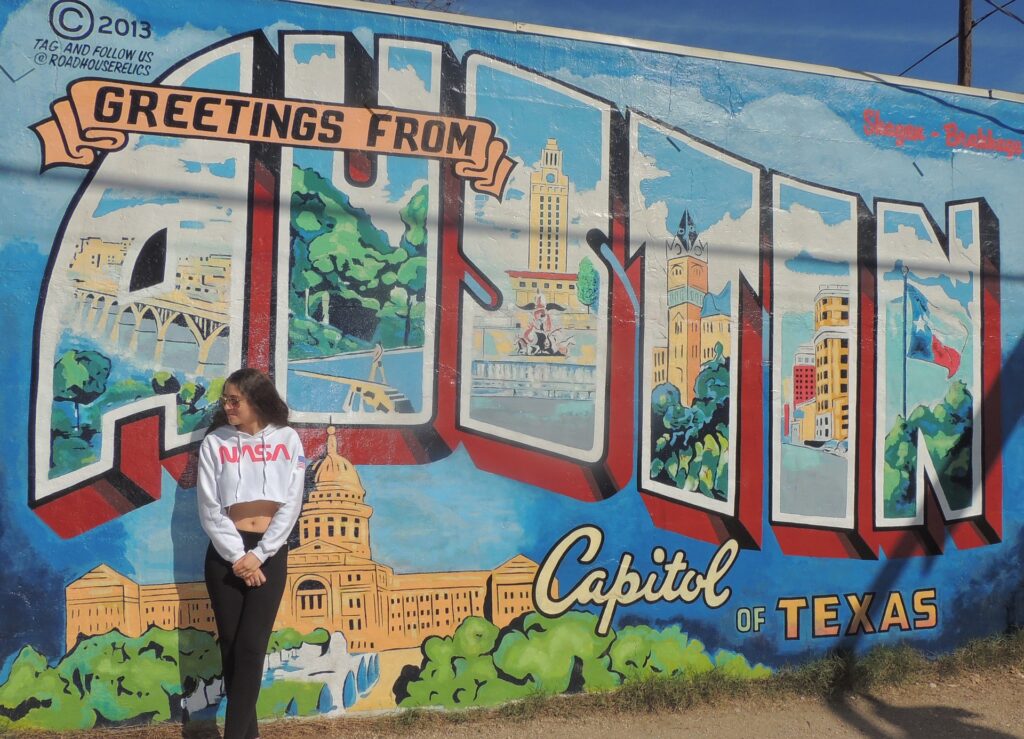 Officially deemed the “Live Music Capital of the World” in 1991, Austin, Texas is a city ripe with musicians, politicians, authors, activists, artists, and other creative types. It hosts more live music venues per capita than anywhere else in the United States, boasting over 250 venues where live music can be enjoyed any day of the week. Home to some of the grandest music festivals and events around the globe (most notably SXSW), its eclectic residents celebrate authenticity, making the vibrant city swarm with unique attractions and outdoor activities.

What is now known as Austin, Texas was inhabited for hundreds of years by Native American tribes of Tonkawas, Comanches, and Apaches. However, in the late 1700s, the Spanish began to erect temporary missions in the surrounding area, and by the 1830s, settlers from several countries, including Germany, Sweden, and Mexico, settled in the region and named the subsequent village Waterloo. It began to expand and in the year 1839 the burgeoning city was named Austin after Stephen F. Austin, who is alternatively known as the “Father of Texas.” The city was selected as the capital of the new Republic of Texas.

Increased growth in the 1970s gave rise to grassroots political movements that centered around robust neighborhoods, environmental efforts, and the historic preservation of communities. Importantly, Austin remains a culturally diverse city, welcoming immigrants from many parts of the world, such as Europe, Mexico, Africa, and Asia. This has contributed to a rich and diverse civic and cultural life that is an integral part of the Live Music Capital of the World and is celebrated by residents and tourists alike.

The State Capitol is a historic landmark that draws the attention of many tourists. It was finished in the year 1888 and features 22 acres of sprawling grounds and monuments. Historic monuments include the Texas African American History Memorial, Statue of Liberty Replica Monument, Hood’s Texas Brigade Monument, Texas Pioneer Woman Monument, Tribute to Texas Children Monument, Vietnam Veterans Monument, Disabled American Veterans of Texas Monument, and many more.

The State Capitol houses the offices and chambers of the Texas Legislature, as well as the office of the State Governor. It was put on the National Register of Historic Places in the year 1970 and designated in the year 1986 as a National Historic Landmark. In fact, the building comes in as the sixth tallest state capitol, further distinguishing it and making it taller than the United States Capitol located in Washington, DC.

A unique sight that visitors will be hard-pressed to find elsewhere can be spotted atop Congress Avenue Bridge. Here, Mexican free-tailed bats dazzle spectators with evening flights as they navigate from beneath the bridge and go up to two miles high in a colossal formation, feeding on moths, grasshoppers, mosquitoes, and other insects and airborne pests.

This historic bridge remains home to the world’s most gigantic urban bat colony, and it is from there that immense numbers of bats may be spotted at dusk through the months of March to November. Because there are so many of them, it may take up to 45 minutes for them to all take to the sky in their feeding frenzy.

One of the greenest spaces Austin has to offer, Zilker Park features 351 rolling acres and grassy knolls. Nearby is Lady Bird Lake, and there are walking trails by the river, volleyball courts, and a disc golf course located within the park to provide visitors with recreational options while they are there. In addition, there are playgrounds for smaller children to have fun in, and Zilker Zephyr, a small train that runs along the edge of the water, brings them much delight.

Canoe and boat rentals remain a popular choice, as does the famous Barton Springs Pool. Zilker Park has been known to host large music events, such as the Zilker Hillside Theater’s yearly Zilker Summer Musical, Austin City Limits Music Festival, and Blues on the Green, offering visitors a small taste of the diversity that the Live Music Capital of the World has to offer.

Zilker Park is also the proud home of Zilker Botanical Gardens, which spans 26 acres and features individually themed gardens. For example, there is the Hartman Prehistoric Garden, which is centered around prehistoric dinosaur prints ingrained in the rock. There is also the Isamu Taniguchi Japanese Garden. This garden boasts beautiful ponds and tranquil waterfalls. In addition, other specialty gardens are focused on herbs, roses, butterflies, cacti, and succulents. Nearby are two more primary attractions, including the Austin Nature and Science Center, as well as the Umlauf Sculpture Garden and Museum.

The University of Texas at Austin Lady Bird Johnson Wildflower Center is a beautiful attraction consisting of a total of 284 acres. On this immense property sits carefully cultivated gardens, an arboretum, as well as gingerly managed landscapes and wildlands that span the Edwards Plateau and Texas Blackland Prairies. In fact, the managed regions have seen an incredible range of diversity, recording over 143 species of birds, 15 species of mammals, and 1,800 species of insects. Furthermore, approximately 900 species of native Texas plants have either been grown or cultivated across the Lady Bird Johnson Wildflower Center.

The city of Austin, Texas possesses a riveting history. Also known as the Live Music Capital of the World, it is a culturally diverse city that champions authenticity. It is the proud home of many musicians, politicians, authors, activists, artists, and other individuals who contribute to their community. Tourists from all over enjoy the rich cuisines, live music, historic sites, green spaces, and other eclectic attractions that Austin has to offer.

FUN FACT: Whereas Austin was officially dubbed the “Live Music Capital of the World” in 1991, the use of the slogan dates back to July of 1985. As reported by Austin’s NPR Station, KUT 90.5, the slogan was first in an advertisement issued by the Austin Chamber of Commerce, who used it in the July 1985 issue of Billboard magazine.