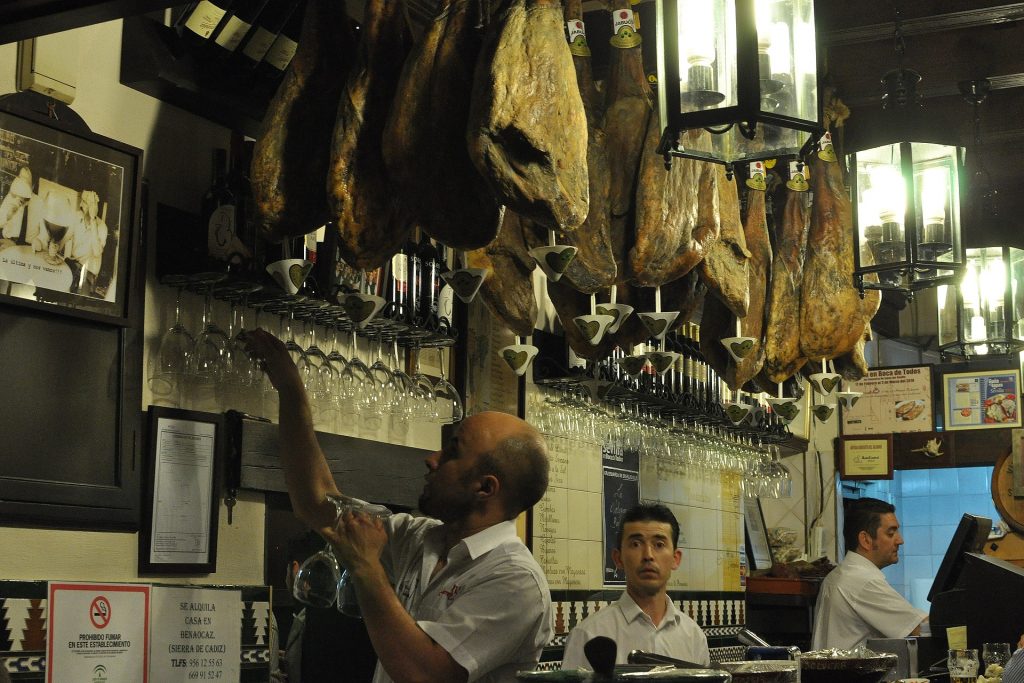 I was eating my favourite sandwich in a tapas bar in Seville when my mind was blown. The sandwich in question was a montadito de pringá—a mix of spiced pulled pork, chorizo, and morcilla (Spanish blood sausage) on a bread roll. It’s a typical bar snack in southern Spain, and every Spanish granny has her own secret recipe.

When it’s done right, a montadito de pringá tastes like barbeque and mom’s home cooking all rolled into one delicious panini. The pork is rubbed in smoky Spanish paprika, ground cumin, and bay leaves, and then slow-cooked in pork fat and olive oil until it falls apart at even the slightest touch. When you taste pringá for the first time, the rush of flavors is primal. It feels like you were meant to eat this.

And for many years I was content to just shovel as many of these into my mouth as I could, not thinking about why someone would put so many kinds of pork on one sandwich. But as I sat in that little tapas bar chowing down on what I hoped would be the first sandwich of many, a friend of mine spoke up.

“It’s weird to think that this is a Jewish recipe, right?”

There were so many questions I wanted to ask her, but my mouth was too full of this delicious pork panini. How could such a swine-filled sandwich be Jewish — it tasted like the least Kosher food you could think of.

So I finished my pringá, ordered another one for the road, and raced home to find out the history of my favorite snack. It led me down a research rabbit hole, and I started to realize that the foods of southern Spain are hiding a dark past. Welcome to the story of Andalusian food, full of betrayal, murder, and religious persecution.

The three cultures of southern Spain

Before the colonisation of the Americas, there were many kingdoms in the country we now call Spain. Christians ruled the north, and the Islamic Moors ruled the south. Iberia had been home to a Jewish population since Roman times, and these three cultures often lived together in harmony, regardless of which side of the border they were on.

But between the 13th and 15th centuries, the Catholics in the north slowly started to take land from the Moors, and by 1492 the entire country was ruled by one Christian crown. The new lords quickly expelled all practising Jews and Muslims from their new lands, forcing locals to choose between exile or forced conversion to Catholicism.

While thousands converted, many of them tried to keep their old cultures alive behind closed doors. Under threat of persecution, they became Catholic in public, but kept their own religion in private.

What you ate became a sign of who you were. Since Jews and Muslims don’t eat pork, government agents would inspect local homes for traces of pig. If a family ate pork, their conversion was trusted. If all the inquisitors could find was lamb, spices, and chickpeas, you could be hauled off for questioning.

The making of a sandwich

In order to survive, many former Jews started adding pork to their traditional recipes. They started making their cakes with lard, and hanging ham in their homes. For the traditional adafina — a stew of spiced lamb with chickpeas and vegetables — the lamb was replaced with pork shoulder and sausages made with pork mince: chorizo and morcilla.

The meat, full of Middle Eastern spices like cumin and bay leaves, was traditionally served separately from the broth. The vegetables and chickpeas could be sipped on for days, while the meat was pulled apart and eaten with bread, in public for all the world to see. Over time, the meat became an important symbol of local Catholic culture, and bars served it without the broth it was cooked in. Now we call it pringá, and you can find it on a sandwich (called a montadito) at any local bar in Seville!

I never realized how much my favorite panini could tell me about local history. But once I learned about pringá, I started to see the story behind other local tapas dishes, too.

My go-to winter plate of espinacas con garbanzos (spinach cooked with cumin and chickpeas) became wrapped up in Moorish culture. None of those ingredients are native to Spain, and all were brought to the country by the Arabic armies missing the foods of their homeland. Paella became the ugly stepchild of Persian pilaf: the saffron-infused rice dish also brought to Spain by the Moors.

My favorite summer snack, berenjenas con miel (fried eggplant drizzled with honey) took on a whole new meaning, too. To the Moors, vegetables were king. They introduced asparagus and artichokes to their Spanish kingdoms and praised their virtues, drizzling them with honey and olive oil. While today we use eggplant, this too hides a history. This is a vegetable taken from the Americas, a symbol of Spain’s conquest of a land far beyond Andalusia.

It had taken me more than two years to realize how interesting Spanish food could be. I’d always known it was delicious, but never given it much more thought than that. But now I see the tragic history of Andalusia’s three cultures in every local dish and every granny’s secret recipe.

Pringá is still my favorite food, but now it has so much more meaning. Food can transport you to other places and other cultures, and that’s what this sandwich does for me. It takes me back to a time in Spain’s past where food showed the world who you were, or at least who you wanted to be. And luckily for me, the melting pot of cultures that shaped Spain has created foods that are so much more delicious, more interesting, and more nuanced than I could ever have dreamed. 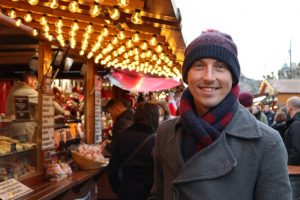 Born and raised in Australia, David Pope moved to Spain in 2014 and has never looked back! He is currently based in Seville, where he spends his time leading food and wine tours, blogging about Spanish cuisine, and taking his daily siesta. You can follow his foodie adventures on the Everyday Food Blog.