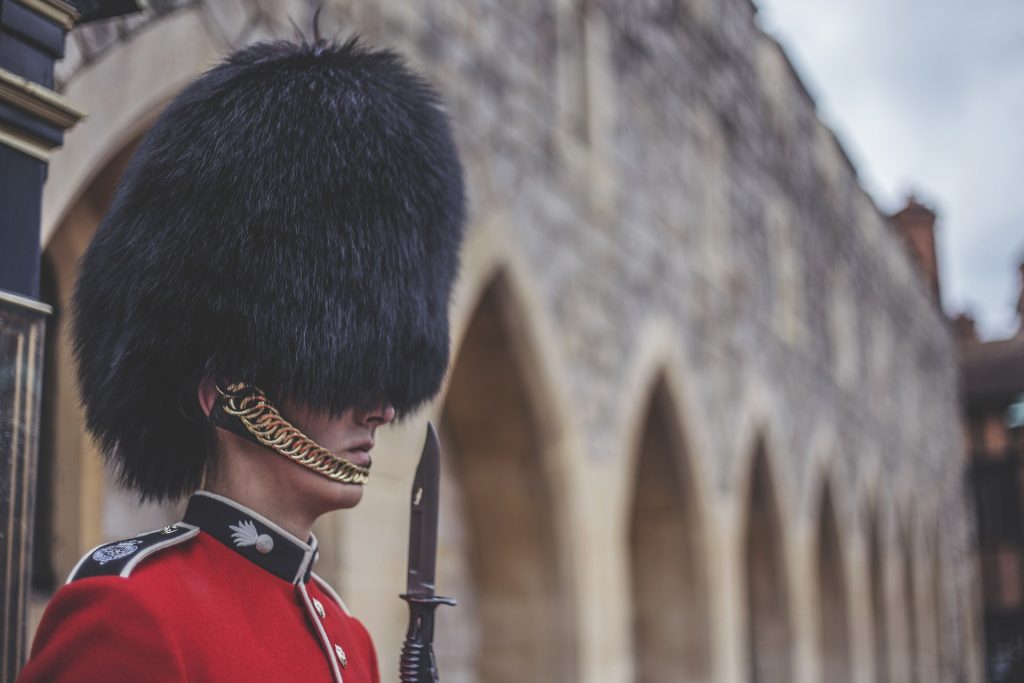 Most people know Windsor Castle as the venue for the royal wedding between Prince Harry and Meghan Markle, swiftly followed by the wedding of Princess Eugenie and Jack Brooksbank, but there’s far more to Windsor Castle than just royal matrimonial events. With a history spanning more than 1,000 years, Windsor is the oldest and largest occupied Castle in the world, having been home to 39 British monarchs. It is currently one of Queen Elizabeth II’s favorite royal residences; she spends most of her private weekends at the Castle. Having gone through many renovations and changes throughout its lifetime, mirroring the tastes and styles of whichever monarch was on the throne at the time, the Castle has many highlights for visitors to enjoy. Here’s what you should see and do while on a visit to Windsor Castle.

The ceremonial route takes you on a tour of the main state apartments that are used by the Queen and the Royal Family. These are the rooms where the Queen hosts visits by Heads of State from other countries and are the setting for various awards ceremonies. Possibly the most striking of all these rooms is the Grand Reception Room, which once served as the main ballroom, decorated with chandeliers and gilding. However, one of the highlights on the ceremonial route is the large malachite urn which was presented to Queen Victoria by Tsar Nicholas I in 1839; this stunning green and gold ornamental urn is considered to be one of the largest examples of its kind outside of Russia. Be sure to check out the Waterloo Chamber, a huge addition made by George IV – a king known for his extravagance – in 1815 to celebrate the defeat of Napoleon. Here you can see a huge portrait of Napoleon’s defeater, the Duke of Wellington, as well as admire the Indian carpet that was installed in 1894; woven by prisoners in Agra, India, it took 40 men to bring it into the Castle and is thought to be the biggest seamless carpet in the entire world.

On this route, you will explore the wonderful rooms built for Charles II and his Queen, Catherine of Braganza. You will notice that as you get nearer to the most private areas of the Castle, the rooms become smaller; this is the traditional English palace room pattern. When Charles II, who was known for his flair and flamboyance, was on the throne, he made significant changes to the interiors of Windsor Castle. Driven by a desire to keep up with his cousin, the French king Louis XIV, and his palace of Versailles, Charles, he commissioned Antonio Verrio, a prominent Italian-born painter who introduced Baroque mural painting to England, to paint the ceilings. He also hired Grinling Gibbons, a royal artist, to produce carvings into the wood paneling. These apartments have been renovated and changed since then, with the ceilings covered with ornamental plaster, but they are still magnificent to see. You’ll also get the chance to see works of art from the Royal Collection here, including paintings by Van Dyck, Holbein, Michaelangelo, and Rubens.

These rooms were built as private apartments for George IV, with furnishings and fittings taken from Carlton House, his previous London residence. Today, it’s still one of the most exquisitely decorated parts in the Castle and is often used by the Queen for entertaining. Head to the Crimson Drawing Room; George IV’s last commission, this stunningly opulent room is decorated in rich red and gold and was one of the most expensive interior decoration schemes completed in England at that time. It’s worth noting that the semi-state rooms are only open from autumn to spring.

Now recognized worldwide as the place where Prince Harry and Meghan Markle got married, St. George’s Chapel is a fantastic example of Gothic architecture. Inside there are interesting monuments, such as the beautiful marble memorial to Princess Charlotte, George IV’s only child who died in childbirth in 1817, as well as many tombs of important royals, including Henry VIII, Jane Seymour, George IV, and Charles I.

As you enter Windsor Castle, you can take advantage of a free 30-minute tour of the Castle Precincts, that takes you around the outside areas of the Castle. You’ll be led by one of the Castle Wardens, who will give you information about the Castle’s history, from when it was built on the order of William the Conqueror as part of the ring of motte-and-bailey castles around London, until the present day and how Windsor is used as a working royal palace.

A popular event at every Royal residence, if you can time your visit to Windsor Castle for Changing the Guard, when the group of guards protecting the Royal Family and the building at that particular moment hand over the duties to another group, you should do so. This tradition has been part of Windsor Castle’s routine since 1660, and it’s a spectacular sight to see. The guards march through the town of Windsor before making their way up to the Castle to make the changeover. The ceremony usually takes place at 11:00 am on Tuesdays, Thursdays, and Saturdays, but can be subject to change, so it’s best to double check whether one is taking place when you plan to visit.

If the magnificent works of art by worldwide famous painters and sumptuous fittings and furnishings of Windsor Castle aren’t enough for you, you can also see many pieces of porcelain displayed in the corridors, placed there by Queen Mary in the 1920s. In the collection, you will see pieces from Japan and China dating back to the 17th and 18th centuries, as well as two sets by Sevre, one of the main porcelain makers in Europe. One of the collection’s notable attractions is Queen Victoria’s turquoise-rimmed pattern set that has her monogram.

Windsor Castle has so much to see and do, you can easily spend a whole day there. It makes a splendid day trip from London and allows you to walk in the Royal Family’s footsteps and walk the rooms which are so important to them.