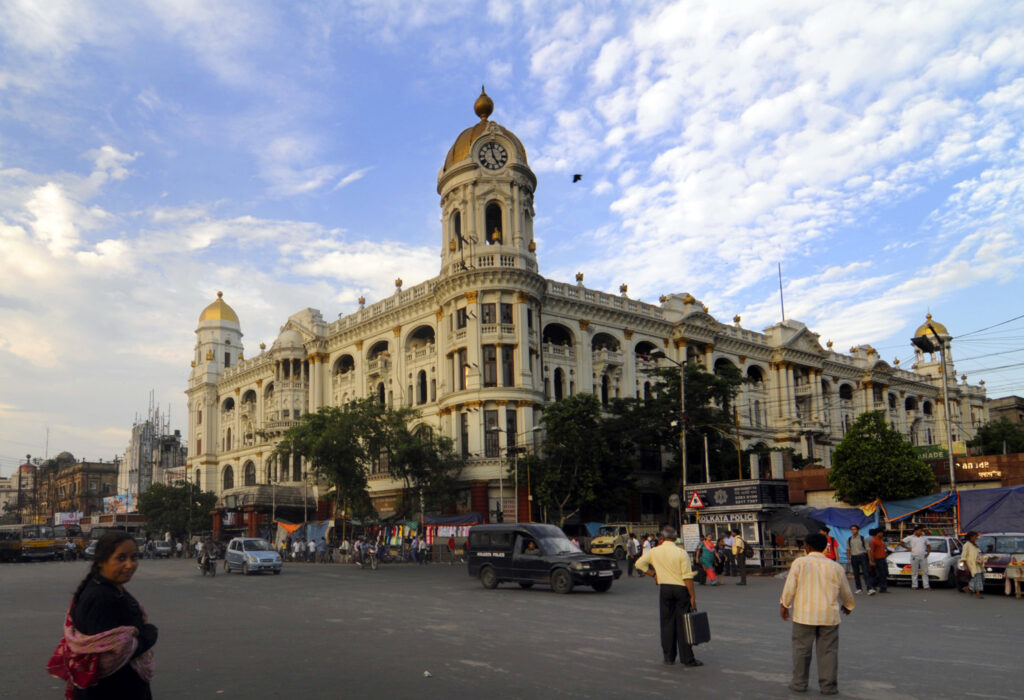 In his sleek and self-illustrated volume ‘Jakhan Choto Chilam’ (When I Was a Child), the great Indian filmmaker Satyajit Ray vividly portrays kaleidoscopic cameos of Calcutta (now Kolkata) of the interwar years, a city where he grew up.

The upper floor of Whiteaway Laidlaw, Ray fondly reminisces in this childhood memoir, metamorphosed into Toyland during Christmas, glittering with glitzy décor and replete with a toy train winding its way on the tracks through an immaculately-crafted set of hilly landscapes. This was one of the classiest department stores (the word departmental would inflect itself into British English much later) in Asia where affluent Bengalis, along with the resident Britishers and Anglo-Indians, flocked to for their Christmas shopping. And before you begin to wonder where exactly this was; let me tell you that Calcutta housed two other similarly upscale shopping destinations back in those days.

If you drive down Jawaharlal Nehru Road, one of the main avenues that run through the central commercial district of Kolkata, the red-and-white Edwardian edifice that sprawls out from the corner of Middleton Street is now known as Kanak Buildings. The slender set of Corinthian columns holding up the ornate central pediment is the most striking feature of the elegant, expansive façade adorned with crescent-shaped arches and stuccoed spandrels. This was the Calcutta branch of “The Army & Navy Stores” — the London-based late 19th-century retail powerhouse. Opened in 1901, it was the third outlet of the chain in the Indian subcontinent (after Bombay and Karachi) to meet the needs of the British civil servants and army personnel with imported provisions that arrived from ‘home’, besides providing services like travel, insurance and banking. The voluminous catalogue with illustrated descriptions of the merchandise ran well over a thousand pages and used to be the talk of the town when it landed every year a few weeks before Christmas. And the in-house whiskey with the “Army & the Navy Store” brand was a connoisseur’s delight.

A few furlongs northward and you would arrive at Park Street crossing. Hall & Anderson, another blue-chip retail haven, had its premises here — half a million square feet of floor space fronted by deep pillared arcades. The building, as we see it today in a much-modified form, was constructed in 1925. William Anderson and PN Hall, the two partners, dealt only in imported goods and toured across Europe to stock up the store with trendy merchandise from the continental markets just before the onset of the high winter season. This is when Indian princes and British aristocracy converged in Calcutta, the second most important city of the British Empire after London, in the early decades of the 20th century. Hall & Anderson had two separate departments dedicated to kitchenware and ironmongery, and their furniture enclave sold exquisitely crafted custom-made fixtures and fittings. They were among the first establishments in this part of the Suez to introduce a mail-order delivery system for their outlying patrons.

Another mile up, on the eastern flanks of Esplanade, stood the magnificently-domed Baroque-style building of Whiteaway Laidlaw, replete with a series of projected pediments and balconies, Corinthian columns and a clock tower. The first two floors housed the legendary store and come Christmas, the freshly imported luxury and leisure labels became the toast of the town. A fine tearoom that stocked fresh harvest from a plantation that the owner Sir Robert Laidlaw ran in Darjeeling was the place to savour a leisurely cuppa after a shopping spree. And the establishment’s no credit policy had earned it an interesting nickname – “Right-away, Paid-for” that rhymed with the name Whiteaway Laidlaw. Much of the marbled floors and stained glass decorations have long gone. The stained-glass atrium that was the crowning glory of what was arguably the architectural showstopper of the ‘City of Palaces’ caved in many years ago. However, the splendid façade of what is now known as the Metropolitan Building still retains much of its original grandeur even after years of disrepair and the ill-conceived restorative works that had followed.

The elite retail trade of Calcutta flourished in the early decades of the 20th century to the point that these upscale establishments were household names across India and Britain. The colonial emporiums opened multiple outlets abroad, especially Whiteaway & Laidlaw, which had branches in Colombo, Burma, Straits Settlements and Shanghai. The onset of World War II, followed by Indian Independence in 1947, brought about radical changes in the retail sector as the colonial client groups left Indian shores. The British partners of Hall & Anderson sold it to Sahan Lal Jajodia in 1946. Army & Navy Stores shuttered down in 1948. Whiteaway & Laidlaw rallied on till 1962 when it closed along with the remaining branches elsewhere in this part of the globe. And thus ended the saga of the retail outlet trio of Calcutta, which had made the city a premier shopping destination east of the Suez for more than half a century.