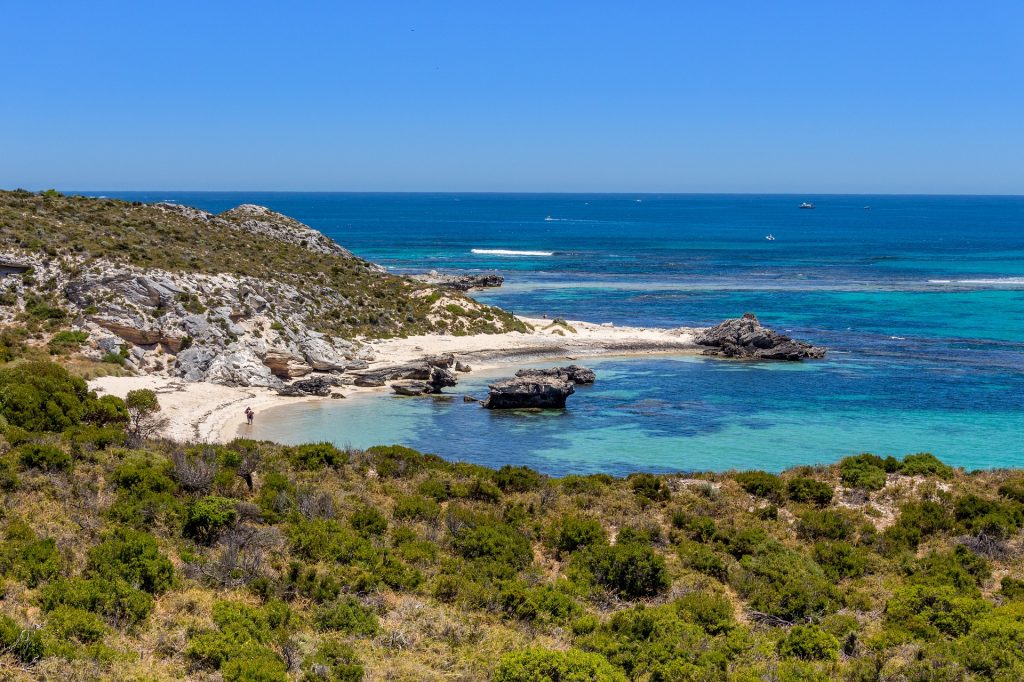 If there’s one thing I’ve learned from living abroad over the past two and a half years, it’s that Western Australia is truly unrivaled when it comes to their beaches. While I may be quite biased, just picture fine white sand as far as the eye can see and clear turquoise waters, and that’s exactly what you get in Western Australia.

If I could describe it in one word, it would be breathtaking. Western Australia’s beaches are often voted among the best in the world with good reason — and there’s one spot that is particularly well-deserving of the attention it gets. Located around 19 kilometres from Perth’s coast, Rottnest Island is visited year-round by both tourists and locals for its stunning beaches (and of course, for the adorable little marsupials you can only find in this part of the country). It’s easy to see why people love visiting, with over 63 beaches and around 20 bays to explore.

I’m not going to lie. Rottnest Island is the one place that I will openly gloat about when I’m faced with the inevitable question I get while living overseas: “Where are you from?”

One of the things Rottnest Island prides itself on is its dedication to conservation and sustaining its environment for future generations, placing a huge emphasis on eco-tourism, recycling, increasing its use of renewable energy, and protecting its biodiversity. In fact, in 2018, the island received a Silver certification as a sustainable destination from EarthCheck, the world’s leading environmental management and professional services group for the travel and tourism industry. This reason alone is enough to compel every visitor who comes through Western Australia to make the trip over to Rottnest Island.

You can easily reach the island by several methods of transportation, with the most popular and affordable option being by boat. It’s a short 30-minute ride if you’re coming from Fremantle, and there are multiple ferry companies offering round-trip services. Here’s a tip: if you plan your trip to Rottnest Island from Monday to Friday, it can sometimes be half the price of going on a Saturday or Sunday.

Walk, bike, or take a bus around the island

Without question, Rottnest Island’s top tourist attraction is its beaches. With essentially no private cars allowed on the island, the best (and most environmentally friendly) way to see the island is by cycling. Upon arrival, head over to the Thomson Bay Settlement where you’ll find most of the island’s stores, and where you can also rent a bicycle for the day. Spend the day exploring the entire island by bike and foot (most of the walking trails will take two to three hours), and drop by The Basin, Little Salmon Bay, and Parakeet Point to spend a few hours snorkelling and diving. This is the best option for those who want to see the island at their own leisurely pace — and although there are many uphill (and downhill) roads, there’s nothing quite like working up a sweat under the sun and then rewarding your efforts with a relaxing dip in the ocean.

If it’s too hot out for your liking, you can also hop on the Island Explorer bus and explore the island that way. It will stop at most of the major beaches, historic buildings, and lighthouses, so you’ll still get to see the best of the island.

Of course, it’s hard to talk about Rottnest Island without touching on what it has become known for in recent years — the quokkas. I’ve told this story too many times to count on one hand (and been asked an equal number of times if I’m bluffing), but the quokkas were once mistaken for giant rats by explorers, who then began to refer to the island as Rottnest Island, or “Rat’s Nest Island”. It’s true!

Quokkas are only found in the wild in small populations on Bald Island near Albany or in scattered colonies on the mainland; however, they live in larger groups on Rottnest Island, so it’s one of the best places to interact with them. Because they are free of predators such as foxes and cats on the island, and because humans aren’t typically a threat, the quokkas on Rottnest Island aren’t shy and will usually walk right up to visitors. (This is how the famous #QuokkaSelfie was born. Search the hashtag on Instagram and you’ll find a whopping 34,000 posts.)

But don’t be fooled by the photogenic nature of the cute little marsupial like I was. All of the plants and animals on Rottnest Island are protected by law, which means you can get a $150 fine on-the-spot for feeding or touching them — which makes getting the perfect selfie harder than you think. However, if you’re patient and most importantly, respectful, you may just be able to score a selfie that will rival the attempts of Shawn Mendes, Chris Hemsworth, Margot Robbie, or even Hugh Jackman. Once you get it, it’ll be totally worth your efforts.

If one day at Rottnest Island isn’t enough for you, you can also stay overnight at one of the island’s campgrounds, hostels, or eco-friendly resorts. One of the more popular choices is Discovery Rottnest Island, which features luxury eco-tents made of completely sustainable materials, and is nestled behind the popular Pinky Beach. Not only is it close to nature (the resort is located right on the coast), but you can still have access to all the amenities a hotel has. The spot is Rottnest Island’s very first low impact glamping experience, so you’ll be having a minimal impact on the environment, too.

If you’re looking for somewhere to experience the best of Western Australia’s nature and wildlife, you’re in the right place. There’s a reason why, whenever I get the chance, I’ll escape the city and head over to Rottnest Island. There’s just something about disconnecting from our increasingly busy lifestyle and reconnecting with nature — and Rottnest Island, in the heart of nature, is truly the perfect place to do that.

To learn more about how travelling responsibly can have a positive impact on the environment, head over here. 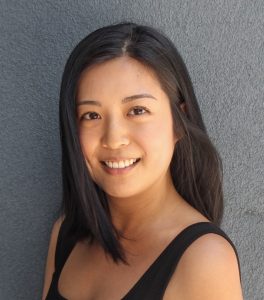 Audrey Lim is a freelance writer from Perth, Western Australia, who has spent the past two years exploring the opposite side of the world in Vancouver, Canada. She loves all things travel-related and the Earth. Now that she’s home you can probably (most likely) find her at the beach. Follow her adventures @audreysaurus.
Share
Tweet
Pin
Share